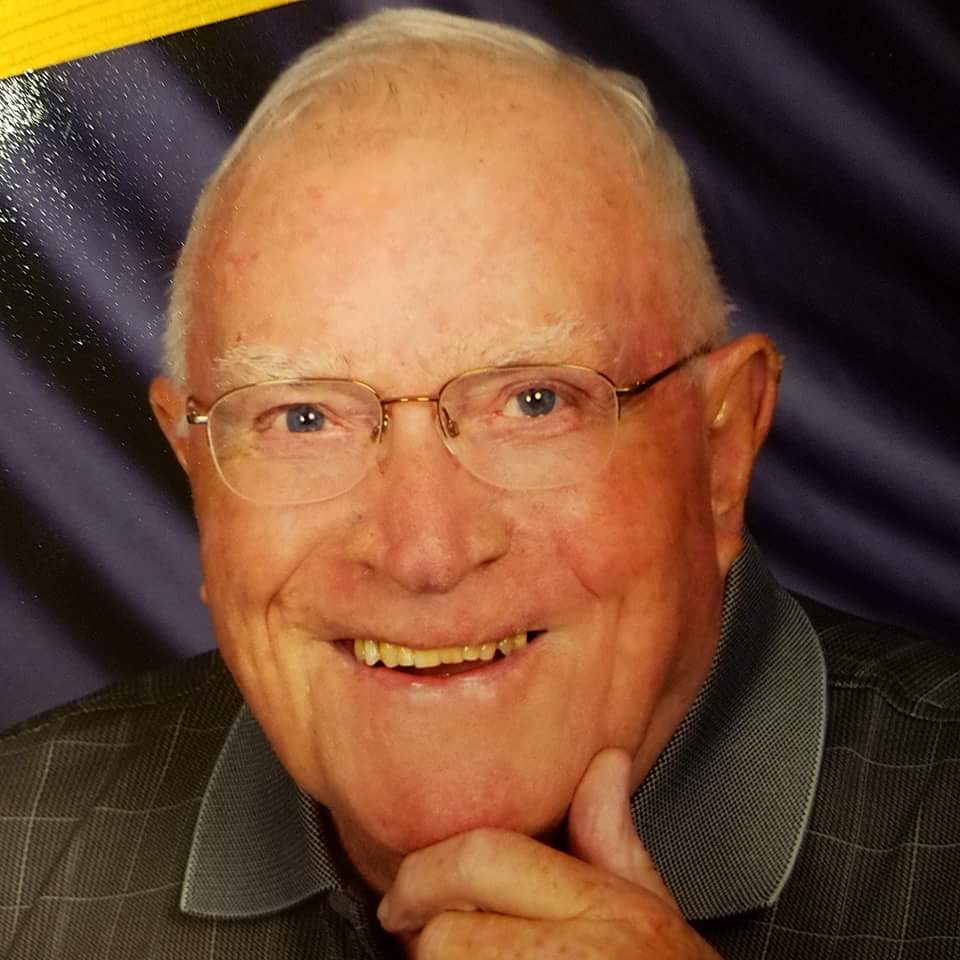 Richard Morrison, 86, of Virginia Beach, Virginia, passed away surrounded by the ones he lived for, laughed with, and loved on February 25, 2017.
He was predeceased by his beloved wife of 57 years, June Katharine, his brother, Frank Morrison, Jr., and parents Frank and Helen Morrison.
Richard was born in Alton, IL and spent his childhood in Grafton, IL and Cleveland, OH.  At age 17, he enlisted in the U.S. Navy and made a career out of military air traffic control.  Richard always believed it was his privilege to serve his country, and his hard work for 30 years resulted in his final rank of Commander.  His service spanned the Korean and Vietnam Wars and ended with his retirement in 1978.  His last few tours of duty allowed him to be home (rather than at sea) with his cherished family. His last post was at the Naval Air Station Oceana. After his naval retirement, he continued to work in government consulting roles with both Q.E.D. Systems and Air-A-Plane Inc.
Richard enjoyed spending time with family and friends at Lake Gaston, traveling, golfing, involving himself in Church of the Ascension activities and working with the U.S. Navy Ground Control Approach/Air Traffic Controllers Association. He was a proud father and grandfather. His faith and devotion to his family and country was unwavering.
Richard is survived by his three daughters, Carol Blow (Michael), Julie Tingle (Richard) and Paula Flengas (Paul); his grandchildren, Matthew, Katharine, Richard III, and Thomas; his sister Nancy Sawchak; and his dear companion Marla Jo Scott.  We thank God for the gift of Richard’s life and the blessing of the time we spent with him.
A visitation will be held at the Church of the Ascension, 4853 Princess Anne Road, Virginia Beach beginning at 4:30pm on Friday, March 3rd.  The Celebration of Life Mass with inurnment will follow at 5:30pm. In lieu of flowers, memorial contributions may be made to the Church of the Ascension.

We will miss our over the fence chats, sharing a glass of wine, and Dick’s many Navy stories (especially the ones about the flight patterns of the planes flying overhead). Good times…good neighbors!!

Dick became a good friend to Nina and I through our GCA/ATC reunions. He was very much involved in the early years of he Association, and was instrumental in it’s evolvement. He will be sorely missed.

Another Angel has ascended.

Rest in peace my friend. Fair winds and following seas.