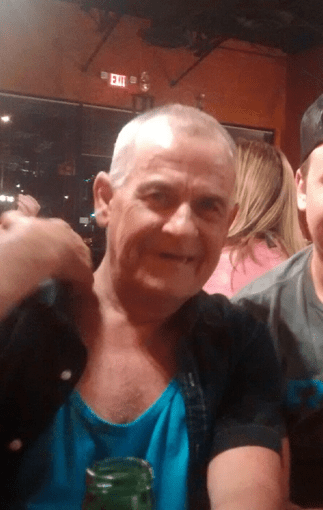 Richard Lee Poff passed away unexpectedly on February 25, 2017 at the age of 58.  He was preceded in death by his father, Frasia Poff and his mother, Grace Fuller.  He is survived by his children; son Joseph Poff and his fiancee Heidi Fox of New York. Also left to cherish his memory is his daughter Meghan Nalepa and her husband Joe of Pennsylvania as well as their two children, Joseph and Ada Nalepa.  He was a Buffalo Bills fan and loved being outdoors.  He will be dearly missed by many.

So sorry to see that Richard has passed. I am his cousin, and we grew up together, and graduated school together. He will be missed but I will never forget all the memories we shared. My prayers to all of family.

As many of you can imagine, Rick’s unexpected passing has caused his two children a tremedous amount of pain and sorrow. Now, in a time that Meg and Joe should be reminiscing and grieving, they find themselves in uncharted territory; handling arrangements, and taking care of the aftermath of losing their Dad. Meg and Joe would by no means ask others for assistance. Dear friends of the family are reaching out in hopes of easing this sudden burden therefore giving this family in need a chance to grieve.
https://www.tmcfunding.com/search/campaign/1214?layout=single

I cannot believe you are gone. I hope you are at peace and reunited with Gram. I keep thinking back to all of the concerts we went to and our times at the beach. I will never forget those times. I love you and miss you. RIP

Megan and Joey you guys are in my thought and prayers as you get though this time!! ((Hugs)) to both of you! I’m so sorry

Megan and family, sorry for your loss. Our thoughts and prayers are with you.

I’m sorry for your loss. I remember the day you were born Meg, he and I holding our breaths waiting for you to breath and when Joe was born sharing that time also, I found out why he wanted me there! He was a good man. Love you two

Sorry for your loss.. prayers for your family