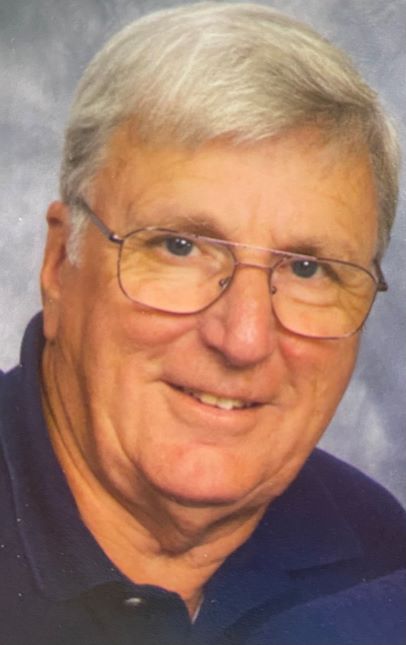 Richard Howard Curfman passed away on August 17, 2022 at 80 years of age.  He was a veteran, husband, father, grandfather, and a retired firefighter.

Richard is preceeded in death by his father Robert Curfman, Sr. and his mother Alma Hall Curfman.

Richard was a friend to everyone thereby never knowing a stranger. He truly enjoyed helping people and gained pride in mentoring someone. He was a firefighter for 30 years in Norfolk and retired as a Captain.  Richard was known for his many “modes”, from a good practical joke to taking care of business. As does any firefighter, he had part time jobs and became a skilled general contractor. He used his skills and connections to help countless friends and family with building projects over the years. After retirement, he used the time to deepen the many friendships he found in the fire department – many of over 50 years. Richard helped organize events for his fellow fire department retirees, including luncheons and their annual golf tournament. He always looked forward to outings and trips with his Wednesday golf buddies, playing for quarters and bragging rights. He will never be forgotten by his family, friends, or by the countless other lives of whom he touched.

Richard said his final gift to his friends and family was his wish too not have a funeral. To all who want to honor and remember him, his only request was to pass along an act of kindness in his name. That is how he would want to be remembered.

Dawn, I am so sorry for your loss. My love and prayers go out to you and your family in this time of need. Giving you hugs from afar.

Judy, I was so sorry to learn that Richard had passed away. He was always so nice to be around and I know he will be deeply missed. He and Grant were in the fire department together and I hear he liked doughnuts. When Grant passed away, I appreciated his kindness. Please give your family my regards.

Richard Curfman will be greatly missed by us & many more. He touched many lives in many different ways. It was evident that he loved his wife, daughter & granddaughter very much. He never met a stranger and was always there to help or supervise any project. The Wednesday golf league was so much more than the game of golf- friends, jokesters & lunch buddies. Sharks & minnows will never be forgotten. Nor will golf trips & snacks provided by his wife. We loved him & are thankful for the time with him.

May your memories of Richard Howard Curfman, give you peace, comfort and strength…

Dawn We are sorry for your loss. You guys are in our prayers. I wish I had the words and was able to away your hurt. You have a life time memories with your dad. Hold on to memories and think about the good times.

Dawn, I am very sorry to hear of your dad”s passing. I am so very glad I got to meet him a few months ago, and tell him “thank you.” He was a beautiful soul that will be missed greatly. My continued prayers for you all now and in the future.

I’ve known him growing up when I was born in Virginia and when my best friend introduced me to him and he felt like another part of my family. He had been around and make jokes around me and my friend and overall had given me some words here and there and made me turn into the person I am today. I offer my heart, all my memories and so much more to offer that he has shown and taught me and wish him for the best rest a man like him deserves. Rest in Heaven and thank you for being there and for being a part of my life.