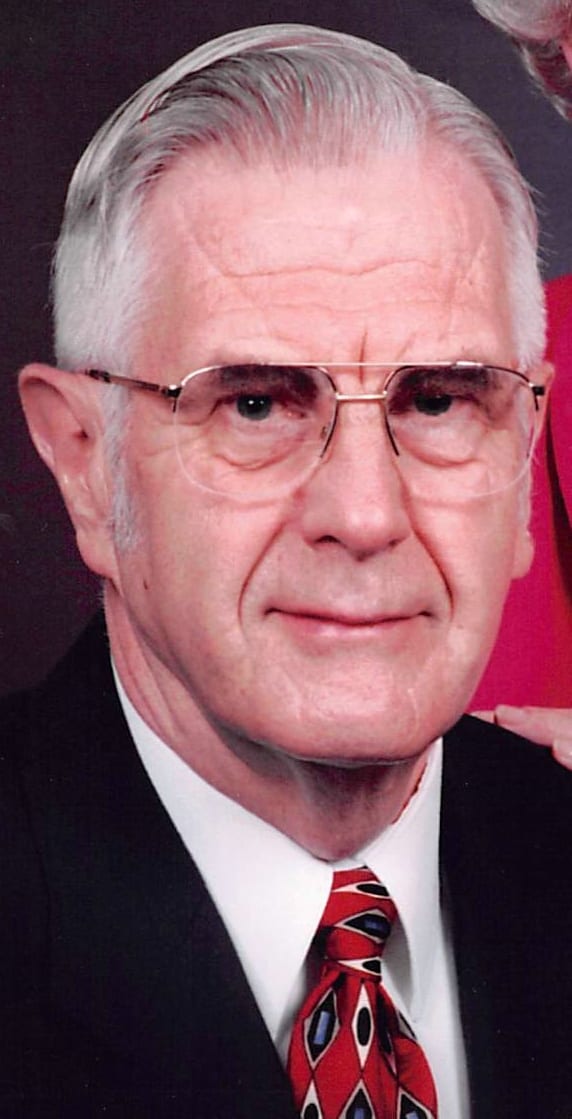 On November 8th, 2016, the Lord called Reverend Dr. George E. (Ted) Barton: Loving and devoted husband, father, grand-father, great grand-father and Uncle home to be with his Lord. Ted was 82 and a native of Toronto, Ontario, Canada. He was the son of the late Clarence and Ruth (Watkins) Barton. He graduated from Riverside Collegiate Institute. He attended University of Toronto Schools and obtained his BA from the University of Toronto. He received his Master’s in Mediterranean Studies at Brandeis University. He obtained his Doctor of Divinity from Trinity Evangelical Divinity School. One of his greatest joys was mentoring students as a Professor and the Dean of Central Baptist Seminary in Toronto. He taught several classes including “Life of Christ”, “Acts to Revelation” and the ancient languages including Greek, Aramaic and Hebrew. He was the former Senior Pastor at Bayview Baptist Church, North York, Ontario; Wilmar Heights Baptist Church, Scarborough, Ontario; Fellowship Baptist Church, Port Perry, Ontario and retired from full-time ministry after 15 year as Senior Pastor of Fairview Heights Baptist Church, Portsmouth, Virginia. In his retirement he taught part-time for Providence Bible College and Theological Seminary as well as John Leland Center for Theological Studies.
His memory will be cherished by his wife of 62 years- Margaret Ellen (Ware) Barton, son Stephen and his wife Danielle (Gervais), son Andrew and daughter Colleen and her husband Dan (Naumann), grand-children, Tiffany, Brant, Kandyce, Haley, Beth and Luke and great-grandson Ryley, nieces and nephews Cynthia, David and Ruth and many other loving family members. Ted was preceded in death by his parents Clarence and Ruth Barton and his brother Dr. Bob Barton of Baden Ontario.
He loved to tell when prompted the story of how he chose his profession. As a young man he was recruited by the Toronto Maple Leaf farm team to be their first string goalie. At that time he felt God calling him into full-time ministry and turned the offer down and instead enrolled in Seminary. It was at Moody Bible Institute he met his beloved “southern belle” Margaret. Ted’s greatest joy was pointing others to Jesus not only in his profession but in his daily walk. He was an encourager, an innovator, an educator and a truly loving, kind and honest man. His friends and family always knew they were loved unconditionally. His goal was to demonstrate the Heavenly Father’s love in God’s strength in all things. He would often say “It’s our job to carry the cross of Jesus daily”. He lived it, breathed it and taught it. He loved to laugh and was able to laugh at his own idiosyncrasies. One of his greatest sources of joy was when his Seminary students would spoof him. He loved being with his family and involved them in every aspect of his life. Those memories will be cherished always. He would want to be remembered as a Follower of his Lord and his Savior, for his leadership, laughter and love and that will be his legacy.
In lieu of flowers donations may be made to Heritage Baptist College and Heritage Theological Seminary 175 Holiday Inn Dr. Cambridge Ontario, Canada N3C 3T2

My deepest sympathies to Margaret and the family. I will always remember Ted’s sense of humour and his tireless work in teaching and administration at Central Baptist Seminary. He really loved the students and we knew it. I toured with him as part of the CBS musical teams and shared some good times. He loved the Lord and and led others to do the same. His messages always came from the heart. … Until we meet again.

Our condolences to Margaret and the rest of the family. We have fond memories of our four years in Toronto. Your family made us feel at home and helped us learn about all the things that were unique to Canada. We looked forward to Ted’s sermons each Sunday at Bayview Baptist. He always showed genuine concern for our well being and was someone Cheri could call in time of need when I was traveling. God bless all of you.

I would just like to express my deepest sympathy to the family as you go through this difficult time. I have many fond memories of spending time with the family here on the farm and I can picture Mr.Barton laughing and carrying on with my father (Karel) who was very fond of him. It was an honour to have Mr. Barton marry Tom and I thirty years ago. He truly was an encourager , overflowing with the fruit of the spirit.
Love and Blessings to all of you.
Debbie and Tom Smith ♡

The Seminary western tour is also one of my greatest memories. What a time we had packing that station-wagon with all 3500 lb! I remember getting a flat tire on the prairies and Dr. Barton sitting beside the road studying his sermons. After continuing our trip he realized that he had left those sermons on the roof of the wagon. Of course most of them were gone but we assured him that we had them memorized and if he stumbled on the words we were able to coach him from the pew! As a member of the ladies trio throughout seminary, we visited churches all over Southern Ontario and Toronto with him. What great memories! He sent me birthday greetings just three weeks ago which I will treasure. Keren (Whitehead) Boulianne

Our deepest sympathy is expressed for the family. Having never met Ted, we know him through the kindness and love of his daughter Colleen. Through Colleen we see his reflection and send peace to all those who knew him and know that the earth was a better place because of him and heaven is now a bit brighter. Peace and Comfort.

John Coffey What a great man of God! Reverend Barton married Lisa and I and was one of the most knowledgeable pastors of the Bible that I have ever had the privilege to meet and hear preach. A friend to everyone that crossed his path, he was always looking for the good in people. My prayers to the Barton family as they hear from their tremendous loss.

My condolences to Margaret and the family on the “home-going” of Ted. Many fond memories of sitting in his classes at Central Baptist Seminary at 225 St. George St., Toronto, and working with him as secretary to the Board and Faculty in the 70’s at 95 Jonesville Cres., Toronto. The greatest memories were on the Music Tour to the West in the station wagon with 9 passengers and all our luggage in 1965!! We weighed in at 3,500 lbs!!!! Professor Barton was a good sport!!! Enjoy the glories of Heaven with your Lord and Saviour!! We’ll meet again someday over there!

What a gentle man Ted was and he just exuded joy and peace. Only knew him for last several years but I always felt encouraged by being with him and talking to him.