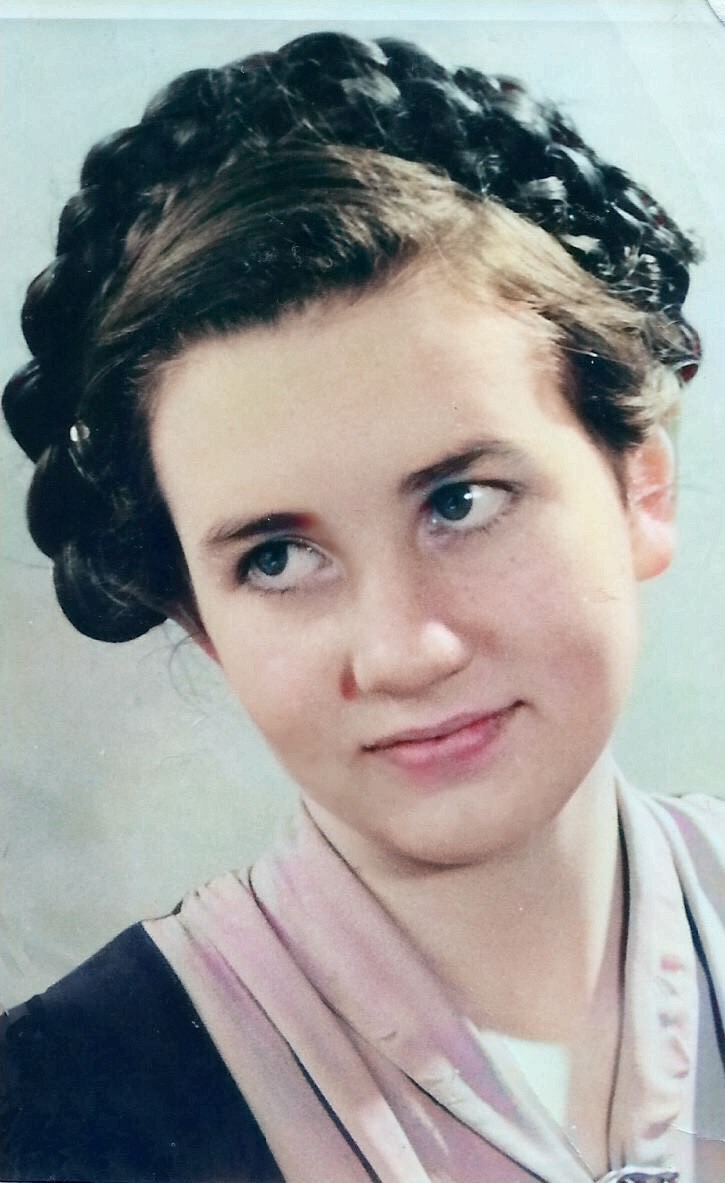 Renate E. King, 82, passed away at 12:15 am on May 3rd, 2022, at her home in Yorktown.  Born January 25, 1940, in Bremerhaven, Germany, she was the daughter of the late August Carl Gerhard Kruger and Annchen Janssen Kruger.  She married Jack King in 1960 when he was stationed in Germany in the USAF.  They were married for 52 years and raised five children before Jack passed away in 2012.  Renate enjoyed camping, gardening, sewing, painting, and in her later years, enjoyed playing darts with Jack at the Moose Lodge and American Legion.  For the last several years, she ran an internet-based graphics business that produced original embroidered designs for several customers. Her family will miss her presence but will cherish their memories.  She is survived by her children Gina (Culp) and her husband Mark, Glen King and his wife Cheyenne, Brian King, Brenda King and is preceded by her son Billy King, whose wife was Michelle King.  Also left to cherish her memory are her 6 grandchildren and 2 great grandchildren.

Mom was an inspiration for all her children. Her hardships during WWII gave her a unique view on family and togetherness. Our family would often go camping, fishing and swimming together. Her love of painting, art, and her resourcefulness had a big impact on my life. She was also my Den Mother when I was in the cub scouts, and the best advisor when I was in German class back in high school. I mourn her passing, but I know she will be with Dad and Bill. I will always remember the good times we had as a family.

I remember all the good times we had. You really enjoyed coming to my house to get your nails done. It always made you so happy. We had long talks while you were at my nail table. You also loved going out to eat with Mark and I (and Dad when he was here). You were sick a long time before you passed though and weren’t even able to walk anymore. I know that was difficult for you but now you are free from all of that. You are with Dad and Bill now. I picture you dancing and laughing with Dad now, free from all of the constraints of your tired body. You are in a better place with no more pain. R.I.P. Mom, Love Gina

To me, my mother was the most beautiful woman I’ve ever known. Most importantly, she was my best friend. I still need my mom, but I know she will always be with me in spirit and in my heart forever. She’s my gorgeous shining angel, reunited with Dad and my brother, Billy, and the rest of our passed family members. I love her and miss her so much, but I know we will be together again.