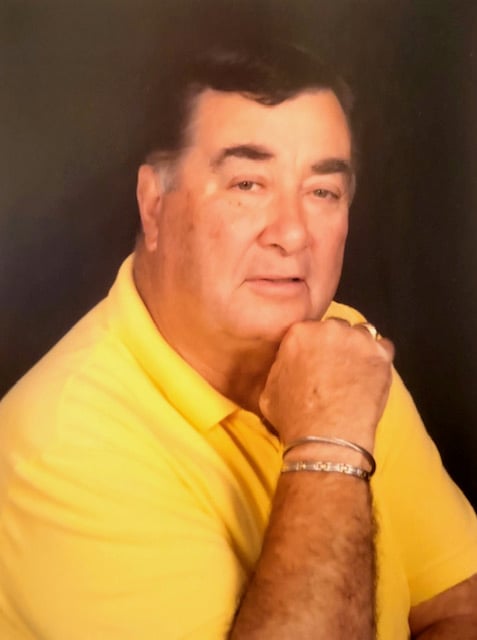 Raymond “Randy” Randolph Rosson, 80, of Yorktown, VA passed away on September 22, 2022 after fighting through a battle with pneumonia and COVID19, he then suffered a heart attack.

Randy was born on May 7th, 1942 in Charlottesville, VA. He resided in Louisia, VA until he moved to Newport News in 1944. He graduated from Warwick High School in 1961.

After graduation, he worked at Newmarket Bowl bowling alley in Newmarket Shopping Center, he began working in the shipyard at Newport News Shipbuilding in 1964 as an electrician and later became a foreman and worked at package pick up at Sears downtown during the day in the 70s. He retired from NNS after 41 years in 2005.

After retiring, Randy spent a lot of his time caring for others. He volunteered with Liberty Builders and gave countless hours to YMCA of Yorktown hanging the flags, filling the coffee pots and entertaining guests as they checked in. He was always willing to lift a hand or help in any way to those around him. When not helping others, you could find him at home in his recliner or napping with his granddog Reese.

Although it was too soon to see him go, he lived a beautiful life and left a lasting impression on those who knew him.

Family will visit with friends at Bethel Baptist Church in Yorktown from 3-5pm on September 30 and a Celebration of Life Service at 5:00pm.

I wish I could be there Friday to honor Randy but am out of town. I enjoyed seeing him in the mornings at the Y, he could always make me smile. He was always willing to help in so many ways. He even helped us fundraiser for our Bright Beginnings program. He was fun to talk to and I always considers him a friend. He will be missed.

He was truly a very kind soul. Always greeted ya with that good ol southern boy smile an a handshake. Love his son “Roscoe” , James an Melinda like family for the last 30 plus years. Ray was an awesome guy, father, friend. You will be missed my friend. Bernie Belding.

Bonnie and family, so sorry to hear about Randy. Hold on to all the thoughts of great times and cherish all those wonderful memories. Hugs, Pat (Hickman) Smith

It was my pleasure to know Randy. Fun times working bingo with him and at the get togethers at Kay’s house for the cookouts. My thoughts and prayers are with you.

My thoughts and prayers to Randy’s family. I first met Randy and wife Wanda volunteering for the D.A.R.E. Program. Randy and Wanda both pitched right in to help everything go smooth.
Jean

You will be missed and forever in my heart. Thoughts and prayers go out to Aunt Wanda, James and Miranda through this difficult time as well as family and friends in need. Steve & Penny Plowman