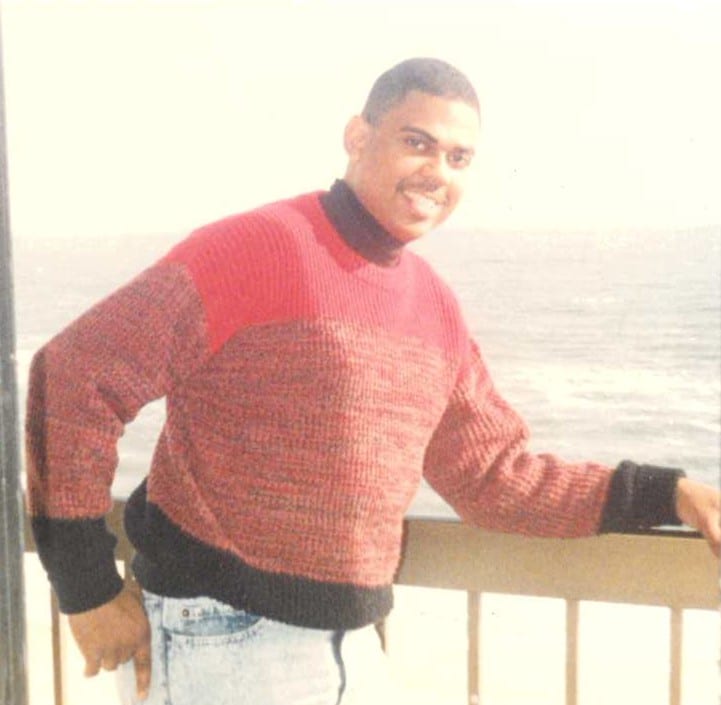 Rachford Rommel Mauney was born in Kinston, North Carolina on November 25, 1965. He passed Monday night, August 10, 2020, at Riverside Regional Medical Center in Newport News, Virginia. He suffered from medical conditions for years, but died peacefully at the age of fifty- four years old.
He was fondly known as Rommel ( Ro-mel), his middle name, by family and friends. He enjoyed abstract painting and drawing pictures of landscapes. Rommel was a loyal Washington Football fan and enjoyed bowling. Rommel always had a sense of adventure, of imagination, and a knack for planning. Growing up, he would come up with fun games to play with his siblings. As an adult, he enjoyed planning trips, such as zoo trips, camping trips, and Niagara Falls. Raised as a military brat, his favorite childhood memories consisted of exploring Stuttgart and Mannheim, Germany. His family moved to Newport News, VA in 1983. The following year, Rommel graduated from Denbigh High School. He then pursued an Accounting degree from Kee Business College and graduated in 1988. In July 1992, he dedicated himself as one of Jehovah’s Witnesses. Rommel was a member of the Oyster Point Congregation. On January 16, 1993, Rommel married Angela Moore, and together they raised their daughter, Tamber.
He is survived by his wife of twenty-seven years, Angela Elizabeth Mauney; only child: Tamber Aliyah Mauney; parents: Rachford Harrell Mauney & Mabel Dolores Mauney of Newport News, VA. Also, five siblings: Angela Denice Bean of Detroit, MI; Harold Tyrone Mauney ( Shanta) of Houston, TX; Sharon Lynn Daniel ( Ivan) of Hampton, VA; Gregory Joel Mauney ( Sherry) of Houston, TX; Nathan Lloyd Mauney of Newport News, VA. Additionally, two uncles and one aunt: Robert Mauney of Desoto, TX; Delores Johnson of Desoto, TX; Talmadge Dockery of Suffolk, VA. Likewise, a host of nieces, nephews, cousins, and friends.
The family would like to give a special thanks for the doctors and nurses at Riverside Regional Medical Center. Also, special thanks for the representatives at Altmeyer Funeral Home and Peninsula Memorial Park.

May Jehovah God comfort you, protect you, and bring peace to your hearts in your time of sorrow.
Rev. 21:4 And he will wipe out every tear from their eyes, and death will be no more, neither will mourning nor outcry nor pain anymore.
The former things have passed away.

you are a great man and better friend

Rommel will truly be missed . He was a very good friend will miss our talks. My deepest sympathy to his family

My Dear Friend, I miss you , I miss our morning talk about Jehovah, You will forever be in my heart my friend. My heart is sadden. My Prayers are with the family! Love ya my dear friend, (DjMsBunny)

We are so sorry for your lost and will keep you all in our prayers. Love you

SO sorry for your loss.May Jehovah the GOD of all comfort lighten your load by means of his holy spirit and the hope of a resurrection on paradise earth. Act24:15

Sharing in your sorrow with love and friendship. My condolences to the family.

Sincere condolences to my family.