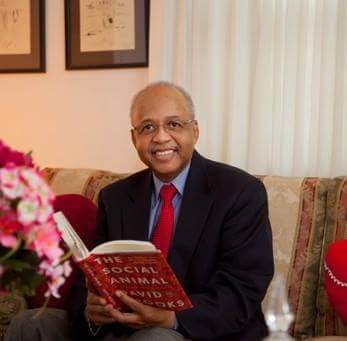 Newport News- Dr. Paul Douglas McLean, 67, passed away Sunday, January 15, 2017. He was preceded in death by his parents, Neill A. and Iva J. McLean; his sister and brother-in-law, Iva and Claude Draughn; his brother, Charles McLean; his niece, Angela Draughn; and his sister-in- law, Ruth McLean.
He was a member of First Baptist Church of Morrison, Newport News. He graduated from Hampton University, University of Michigan, George Washington University, and earned his PhD from Virginia Tech in 2011. He was an entrepreneur, loved music and was a member of numerous education associations.
Left to cherish his memory are his wife, Julia A. “Mikki” McLean; his daughters, Tiffany (Chris) Wilson, Krystall Nunn, Yvonne Lewis and DaVea (Anthony) Bagby; his sons, Joseph (Angela) Thornton, and Marc Thornton; his siblings, Neill A. (Cathy) McLean, Jr., Edward McLean, Mary Dowdell, his sister-in- law, Peggie McLean; his grandchildren: Miana, Brianna, Brandon, Alexia, Marc Jr, Jade, Anthony Jr and Brittany; many beloved nieces and nephews. The family will receive friends from 11 am-12 Noon Saturday, January 21, 2017 at Altmeyer Funeral Home-Denbigh Chapel, 12893 Jefferson Ave. Newport News, followed by a funeral service at 12:30pm, officiated by Pastor Kevin M. Smith. Interment will take place in Parklawn Memorial Park following the service.

Paul and I were good friends and classmates at W. A. Pattillo High School in Tarboro, NC.
Although I have not seen or talked to him since we graduated from high school almost 50 years ago, I remember him as being slightly bashful; a quiet, kind, caring and loyal person with an infectious smile. I am beyond saddened to hear of his expiration and his family’s loss. Obviously his wife, siblings, children and other relatives are experiencing a difficult time. I offer a prayer for peace and a wish for consolation. Know that God is in control and He can do anything except fail and make a mistake. Lean on Him.

The Pattillo High School Class of 1967

We are so sorry for your loss. God Bless You During This Difficult Time.

Paul was a home boy of mine from Tarboro, North Carolina, a friend and an associate. He will always be remembered for being a gentleman and for his beautiful smile. My sincerest condolences to his family during their time of bereavement. May God wrap his hands around his family in the time of grief; and remember Paul is in God’s care which is the best care that he can possibly be in forever. So celebrate his life and legacy and reflect on all of the positive things he did, what he represented and who he touched in his life/professional career.

Sending my sincere sympathy to the entire McLean family. May God continue to bless and keep you in his care.

We extend our deepest sympathy to rhe McLean family.

We would like to give our condolences and sympathy to the McLean Family in the loss of Paul McLean. Please know that the family is in thoughts and prayers.
The Harris Family(Enora and Jernath)

I was so shocked to hear of Paul’s death and I want to wish my sympathy to the family and to let Tiffany and Krystall know that they are in my heart and prayers because of the love I knew they had for their father and he for them. Please know you are not alone in your sadness and know that Paul will be greatly missed

Paul was such a gentleman and most always had a smile on his face and a kind word to say. He will be missed.

Paul was a great person and colleague. He will truly be missed. My thoughts and prayers are with his wife and family.

Keeping you all in my thoughts and prayers.