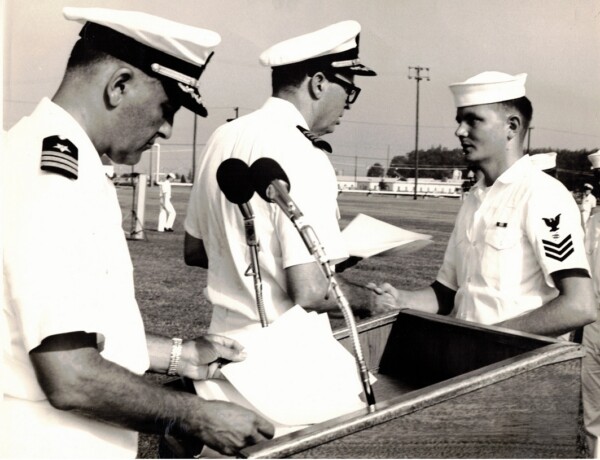 Paul Alfred Koskinen, age 82, passed away peacefully on November 14, 2022 in Virginia Beach. He was born in Cleveland, Ohio to Yrjo and Irja Koskinen on October 8, 1940. In addition to his parents, Paul was predeceased by his sister, Lisbeth.  He is survived by his brother, John (Patricia) of Washington, D.C. and five nieces and nephews and seven grand nieces and nephews

Paul graduated from high school in Ashland, Kentucky. He went on to attend the University of Kentucky for one year before joining the US Navy. He rose to the rank of Chief Petty Officer, serving proudly for fourteen years. Paul was based out of Norfolk, where he resided after completing his career with the Navy, and worked until retirement as an electric technician for a local government contractor.

He was a great sports fan, especially of Cleveland professional teams, even in the lean years, and any team playing for the Naval Academy. He was also a great fan of horse racing, which is consistent with his time spent in Kentucky.

He was a friend to all he met and will be missed.

PS The Navy will be providing a burial at sea for Paul, an appropriate send off and an idea that he would have loved.

Paul was a wonderful brother and a great friend. He was also a very accomplished sailor, rising through the ranks to be a Chief Petty Officer. Reading through his performance reviews, Paul saved everything, his commanders all stressed his energy, knowledge, commitment to the mission and support for those working under him. Not surprisingly, they regularly noted that he was so friendly and helpful that everyone liked him and worked hard under his direction as a result. He was the classic quiet, warm and welcoming person who was easy to love.

May your memories of Paul Alfred Koskinen, give you peace, comfort and strength…