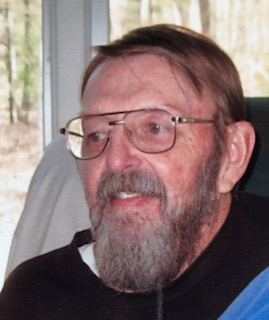 Born in Saint Mary’s, PA on February 8, 1940, Pat was the second oldest of six sons born to the late James Bartholomew Lynch and the late Gertrude Ann Frank Lynch. He was a graduate of Sacred Heart Catholic School, Saint Mary’s High School, and Penn State University where he majored in mathematics and met the love of his life and wife of 57 years, Mari-Louise Papp Lynch who recently passed away in January of 2022.

Pat met and fell in love with “Lou”, as Pat called her, at Penn State in April of 1964 when Pat was working as a bouncer at the Rathskeller and let underage Mari-Lou in. He took her later that night to a frat party and they were together ever since. Pat and Mari-Lou eloped and were married by a justice of the peace on a Thursday night in January of 1965. They were blessed with three children: John James Lynch (deceased), Christine Marie Lynch Eberhart (Guy), and James Michael Lynch (Lisa). Pat was known as Grandpa to his three grandchildren: Jonathan Patrick Eberhart, Theodore William Eberhart, and Jillian Marie Eberhart whom he laughed and lived with in Virginia Beach for the last six months of his life giving his daughter the opportunity to pay his love backwards.

Pat worked and raised his three children with Mari-Lou in York, PA. Most of his professional career was spent at Frank Electric Company in Harrisburg, PA as a electrical engineer and estimator with a stint at Furnas Electric Company as a sales representative for electrical and motor control panels. He was very involved in his children’s sports as an active member of the athletic associations of St Rose of Lima Church, Tri-Town Boys Club football and York Catholic High School. He was also a lifelong member of the Knights of Columbus in York, PA and a longstanding member of the American Legion in Shiloh, PA.

Pat grew up spending his summers running barefoot with his brothers at Stony Brook Camp where he became an avid fisherman and hunter. He nearly lost his life to tuberculosis at the age of 18 and flirted with death multiple times after in his wild college years. His friends used to say that they’d rather have Pat in their car than Jesus; he was that lucky. Fortunately, marriage and children settled him down and he went on to fulfill his dream of “walking out his back door to hunt and fish” when he and Mari-Lou retired to a cabin in Michaux State Forest in the late 1990s. At Lynch’s Cabin, he enjoyed hunting for deer, pheasant and grouse but his first love was always fishing, especially for brook trout. He told his grandkids he had to finally give up fishing “when he started following his bait into the water.” He then took up walking the nearby Appalachian Trail with his trusty walking stick and late black lab, K.C..

Pat was a good man with a strong handshake, a clear blue-eyed gaze and a deep resounding voice that could startle a room and make babies cry. He was not the most gifted conversationalist and preferred to leave the talking to Lou, but he had the patience of a saint, a head for numbers and a heart full of unwavering morals and ethics. He was a respected and trustworthy friend and co-worker, a devoted husband and a phenomenal father. He will be dearly missed.

As per Pat’s wishes, there will be no funeral or service. In lieu of flowers the family requests donations be made to Pat’s favorite charity, The Appalachian Trail Conservancy or Yellow Breeches EMS in Mt. Holly Springs, PA.

Condolences may be left for Pat’s family below.

What a beautiful Honorary Memorial here for Your father Christine . Beautiful full Life of Love laughter Life fully lived and quality of time spent with his beautiful Grandchildren . May he Rest in Peace and everlasting Love .Hugs From Us All 5 Bartons xoxo

Lynch Family, after reading Pat’s obituary he sounded like every Lynch I know. And that is all good , wild in his younger years settling down to become a great husband and father. That is a Great life.I am sure he will be missed but the stories you can tell about his wonderful life will continue. I know because up here in StMarys we still talk about Jay, having great stories in his all too short life. Condolences to all . Pete McMackin

Mike, Chris and family,
I’m very sorry to hear of your father’s passing. As I said about your dear mother in January of many fond memories with your parents and all of you years ago. I was hiking on the Appalachian trail a few weeks ago and I thought of both your parents when I crossed Michaux Rd wondering if your dad was at the cabin. I even contemplated walking down but it was getting late and I needed to make it to Pine Grove Furnace by dark. If he was there, I didn’t want him to be stuck with me for the night, though I know I would have been welcome to stay. Your parents were great people and now they are both up there with Jay. You are all in my thoughts and prayers and love to you all.