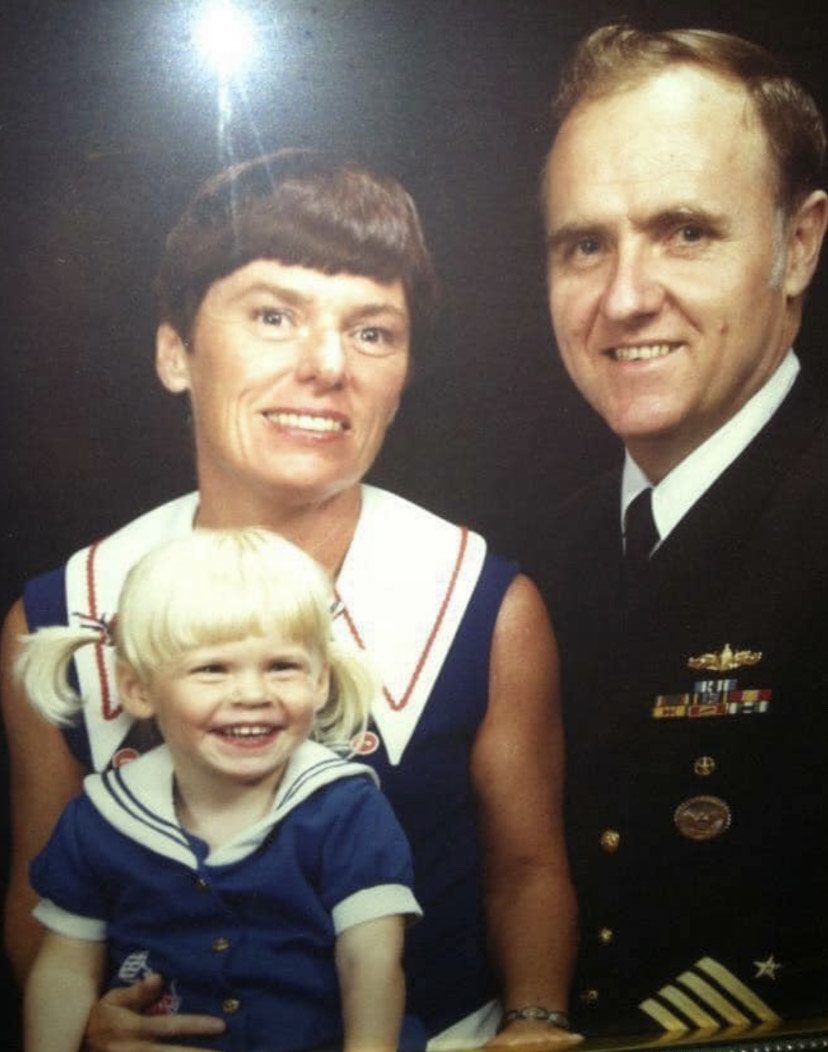 Patricia (Paddy) Eileen McBride McMichael, 84, originally of Portland Oregon and now of Chesapeake, VA,  passed away on January 24, 2022 surrounded by the love of her family. She was born in Portland, Oregon on November 14, 1937, the daughter of Alfred John McBride and Eileen Catherine O’Day. Patricia graduated from University of Portland with a Bachelor of Science in nursing in 1960. Her free time was spent on the ice as a figure skater, and even more so on the course as a scratch golfer. She met her lifetime love, George McMichael, and they were married April 24th, 1964.

Patricia was a dedicated naval officer’s wife, leading her family and supporting her husband during his 30-year military career that included moving the family countless times before retiring to Portland in 1988. Later moves took them on a cross-country adventure from Maryland to California and Virginia. She was one whom if you knew her, her love and prayers for you were deeply felt! She had a soft spot for the Naval Academy midshipmen they sponsored over the years, all of whom became “her kids.”  Most of all, she loved her family and her deep Catholic faith.

A funeral Mass will be held at St Stephen Martyr Catholic Church on February 11, 2022, followed by interment at Arlington National Cemetery, date to be determined.

I am so deeply sorry for the loss of your Mother. I understand the pain that you are feeling and I pray for you to find the peace and comfort that comes with time.

Sending love to your family. What a blessing it has been for you so spend all your days with your parents. I know you cherished each and every one of them.

I love you Mom. Seeing the “dates” makes my heart hurt, but I know you are pain free and with Jesus. We will try to get used to the new normal, but it’s going to be so hard. I am wearing your cross. I feel you with me. I know you aren’t gone.You always said you would be with us always. It just is taking time to figure out how to handle that! I love you.