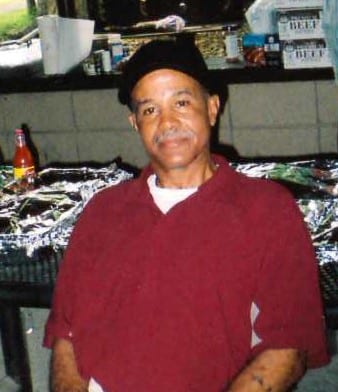 Otis Johnny Clark, 68, passed away July 25, 2020.
All services will be private.
Celebration of the Life of Otis Johnny Clark.
Otis Johnny Clark was born August 19, 1951 in San Antonio, Texas, at Brooks Medical Center in Ft. Sam Houston.
He was preceded in death by two brothers, Kenneth (oldest) and Robert “Bobby” (youngest); maternal grandparents, Ocie and Ernestine Littleton; and father, George Jordan, Jr.
He leaves a daughter, Veletta Venable; two grandchildren; his mother, Shirley Jean Jordan; six brothers: Reggie, Billy, Michael, Kevin, Zak, and Mark; one sister, Stacy Clark Brown; and a host of nieces, nephews, and good friends.
Johnny was baptized at the First Baptist Church Denbigh, by the Rev. T.T. Brown, when he gave his life to Christ.
Johnny, not suited to conventional schooling, worked for and received his GED after which he joined the Army. Receiving an honorable discharge, he then attended Anthony’s Barber College and became a barber.
A jack of all trades, he worked a brief stint as a barber, followed by a myriad of jobs, finally finding his niche as a roofer for 25 years with Earl Combs Roofing.
A quiet, good natured, and conservative man, we are all saddened by his sudden loss.
While his journey has come to an end, his memories will be eternally embedded in us all.
Rest easy my son, my brother, my friend, my uncle, and my father.
We love you forever.

To the Clark family, sorry for your loss, Johnny was a Good hearted Brother and friend to me, very intelligent and a smooth operator. There will only be one, God Bless and Rest in Heavenly Peace.

My condolence to the family. RIP Uncle Johnny

Offering my condolences to MS. Shirley Jordan and Clark family. May God comfort you’ll with his amazing love! May Johnny’s memories live within all who knew him. I’m so happy I was able to see Johnny and family at reunion last year. Johnny hadn’t changed at all, still a quiet soul who loves to dress and walk. Walk as you want to in heaven Johnny! RIP

Sorry for your loss.