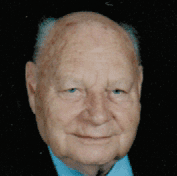 Othus James Boyce, Jr. passed away on Friday, January 27, 2017. O.J. was born in Perquimans County, N.C. to Othus & Elsie Boyce on April 8, 1927 in the family home. His family moved to Herford, N.C. in 1933 and then to Norfolk in 1939. He started working at the age of 7 years delivering milk, cutting grass, working at grocery stores and delivering newspapers and “has worked ever since”. He attended school up until 8th grade when he went to work full time making Army tents in downtown Norfolk at Gates Manufacturing Co ($0.30 cents an hour) on Tazewell Street.
In the summer of 1944, at the ripe old age of 17 years and fighting weight of 110 lbs., he met the love of his life for 65 years, 17-year-old Alice Jean Medlin. A few months later he asked her to marry him and she said “yes, but you have to ask my dad”! “He waited until his hands were full of buckets of corn to ask this 300+lb. man for his daughter’s hand in marriage. He threw the buckets down … and asked, “do you love her?” He said,” yes.”” Does she love you?” and he said” I think so.” then Alice’s dad said, “you have my blessings.” and picked him up in a big ol’ bear hug! What a relief! Whew!
They were married on November 10, 1944 still at 17 years of age. “You had to be 21 to marry and her mother took us to the Justice of the Peace, but before we went she wrote 21 on two pieces of paper, putting one in each of Alice’s shoes. When the Justice of the Peace asked her mother if Alice was 21 years of age, she said: “She is standing over 21!” O.J. was a veteran during WWII and had already enlisted in the Navy and reported to boot camp in Bainbridge Maryland in May of 1945 eventually becoming a cook and serving in the Receiving Station Galley in Pearl Harbor until the end of the war.
O.J. started “legally” driving tractor-trailers as soon as he got his chauffers’ license on his 21st birthday, immediately heading to N.Y that same day. He and Alice would settle down in Norfolk and Junior continued to drive trucks for 28 years when health issues forced him to retire in 1975. He has remained a loyal member of the Teamsters Local 822 and functioned as the Treasure for the retirees for many years.
O.J. and Alice had two children, James (Jimmy) Clyde Boyce of Denham Springs, Louisiana and Charles (Mike) Michael Boyce of Virginia Beach, Va. Jimmy passed away on June 13, 2007 and Alice passed away on July 25, 2009. On August 13, 2011 Mike lost his fight with cancer.
One sister, Naomi Han of Norfolk, Va. and grandson Jody Southerland of Inman, South Carolina, survive Othus. His “adopted daughter” also survives him, Sandra C. Richards and her husband James H. Richards of Bolivar, MO and their two children, Helen Mayfield of Palmer, AK and Sarah Jennings of Clarksville, TN. Several nieces, nephews and great grand children also survive him.
There will be a visitation held for O.J. on Wednesday, February 1, 2017 at Altmeyer Funeral Home Southside Chapel from 6 – 8 PM. Funeral services will be 11:00 AM Thursday, February 2 at Altmeyer Funeral Home Southside Chapel with the burial immediately following at Woodlawn Memorial Gardens.
The family has asked that memorial donations may be made to Tidewater Primitive Baptist Church, 5848 Bartee Street in Norfolk, Va.

Alice and Jr. were Church friends of my Mother and Dad> Tidewater Primitive Baptist Church Since the Church was constituted. The took a couple trips together and enjoyed each others friendship for many years. They were friends of Janie, Buddie,,Joy, Eddie, David and Me, Pat and my husband John. The Boyces were wonderful people. and we loved them dearly. They are now together in Heaven as a family, Alice, Jr, Jimmy & Mike Rest in peace our beloved friends.