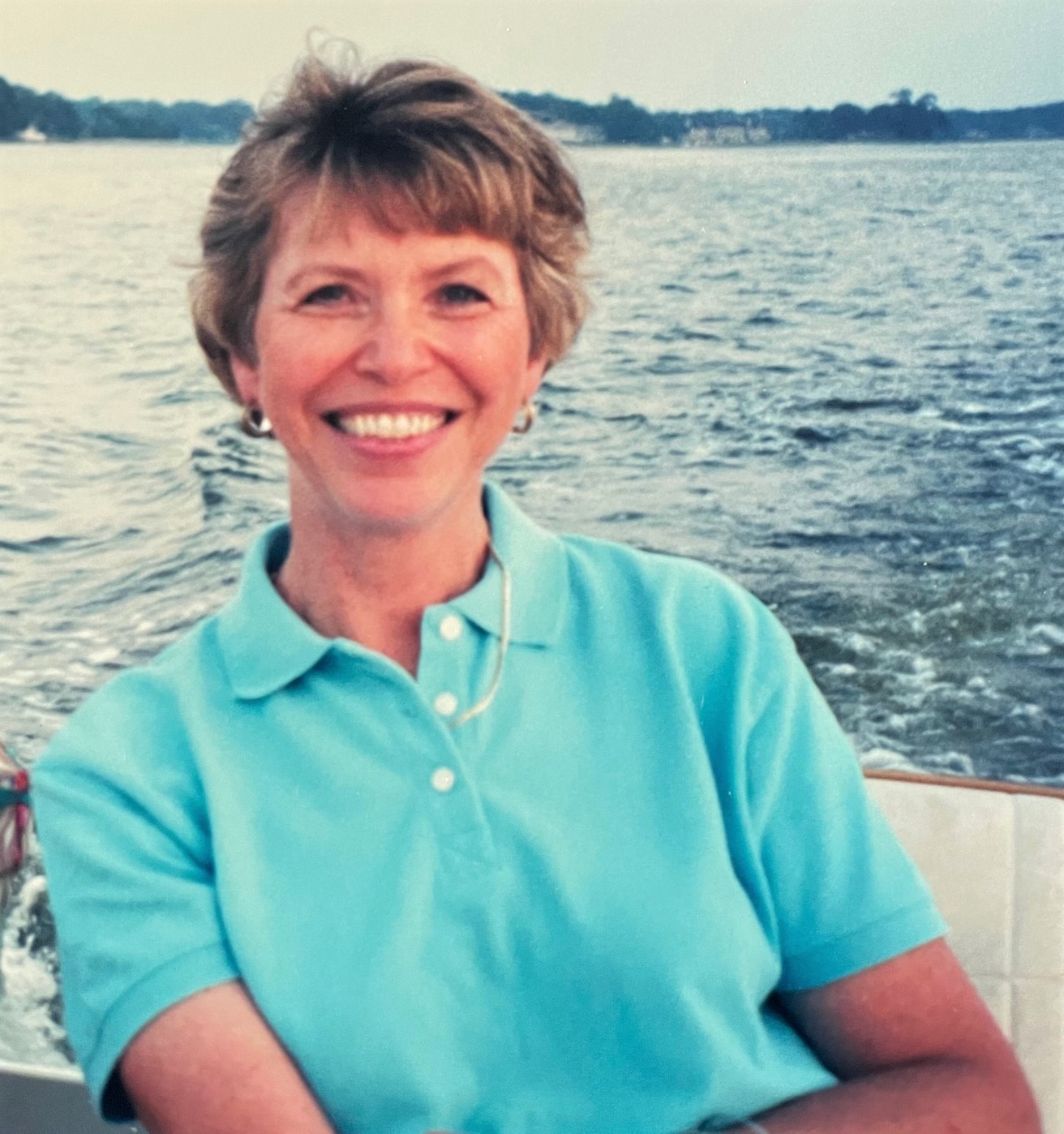 Norma Davenport Zunich, 76, died on December 25, 2021 after a hard-fought battle with Multiple System Atrophy. Norma was born in Winston-Salem, North Carolina on November 3, 1945 and graduated from RJ Reynolds High School.  After high school, she attended UNC Greensboro and received a Bachelor’s degree in Sociology. Several years later, she completed her Master’s degree in Community Health Education from Old Dominion University.
After college, Norma worked for the American Red Cross, which eventually took her to Guam. It was in Guam where she met a young Naval officer named Ed. After a quick courtship, Ed and Norma were married on July 19, 1970 at St. Leo’s Roman Catholic Church in Winston-Salem. Norma’s adventure as a Navy wife took her all over the world, beginning in San Francisco, California, where her daughter Katie was born. After a quick stint in India, the Navy brought them to Alexandria, Virginia, where her son Andy was born.  The adventures continued up and down the East Coast, including in New York City, where she got her fill of Broadway.  A 5-year stay in Japan left a lasting impression on Norma, as anyone who has been in her home would notice.  Norma met some of her dearest friends in Japan.
Norma could not have imagined what would follow when the Navy took them from Japan to Virginia Beach, Virginia, where Penny and Bill, two Jack Russell Terriers, entered her life. Penny and Bill were determined to keep Ed and Norma on their toes. Penny and Bill were notorious for their antics, most notably the daily breakouts from the yard while living at Dam Neck. Norma was ever thankful to the Base Public Works crews who brought them home without judgment. Norma loved those two dogs.
From 1992-1994, Norma worked at Atlantic Shores Retirement Community as a sales counselor. During this time, she received the Virginia Beach Mayor’s Award for establishing the Virginia Beach Task Force on Aging.  Norma continued her career at retirement and assisted living communities in Columbus, Ohio, and Hendersonville, North Carolina before her retirement in 2009.
Norma is preceded in death by her parents, Howard and Walta Davenport, and her brother, Tom Davenport. Norma is survived by her husband, Ed Zunich; two children, Katie (husband Mike) and Andy (wife Kelly); and three grandchildren, Mollie, Charlie, and Ella.  Norma will always be known for her positive outlook on life, her ability to make everyone feel welcomed, always putting the welfare of others before her own, and especially her smile. Even in her final days when the pain was too much to bear, she greeted everyone with her cheerful smile.
Norma’s family would like to thank the staff at Our Lady of Perpetual Help and especially Jenn, Casey, and Tiffany of Westminster Hospice for their loving care of Norma.
In lieu of flowers, donations may be made to the Multiple System Atrophy Coalition, 7918 Jones Branch Drive, Suite 300, McLean, Virginia 22102, www.multiplesystematrophy.org, or to Russell Rescue, Inc. attn: Donations, PO Box 4324, Lutherville, Maryland, 21094, www.russellrescue.com.
A funeral mass will be held at Star of the Sea Catholic Church, 1404 Pacific Avenue, Virginia Beach, on Friday January 28, 2022 at 11:00am. Burial will take place at Arlington National Cemetery.