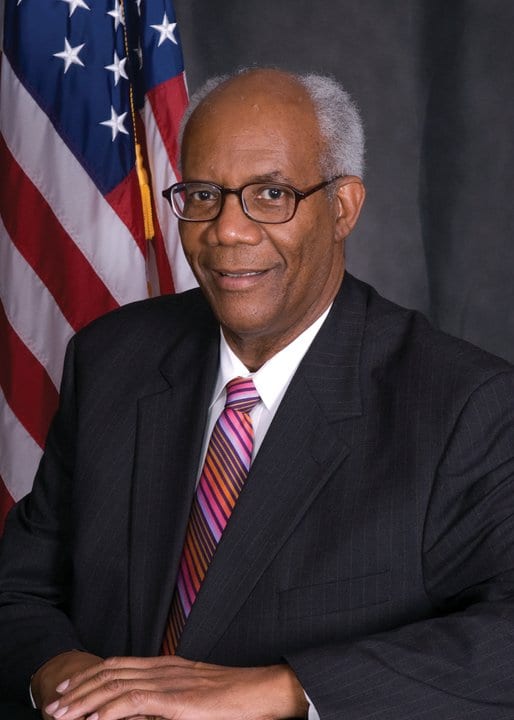 Nathaniel Franklin “Nate” Lissimore, of Virginia Beach, formerly of Aberdeen, Maryland, passed away on Monday, October 19, 2015 at the age of 72 years. He was born on September 18, 1943 in Valdosta, Georgia to F.M. and Scilla Jordan Lissimore. He served our country for 31 years in the United States Army and retired as a Chief Warrant Officer. Nate had a strong love for the Lord and life. His infectious spirit will be greatly missed by all that knew him.
Nate was preceded in death by his parents, his wife of 32 years Yvonne (formerly Douglas) Lissimore, and brother Ulysses Lissimore.
Left to cherish Nate’s memory are his daughters Lashon and Natalie Lissimore; sister Annie Laura Burgess; and other family and friends.
Visitation will be held on Thursday, October 29, 2015 at Altmeyer Funeral Home (5792 Greenwich Rd. Virginia Beach, VA 23462) from 10:00 AM to 1:00 PM and will resume at the funeral home later in the day from 4:00 PM to 6:00 PM. Final rest at Arlington National Cemetery at a later date.
In lieu of flowers, we are requesting that memorials be made “In Memory of Nathaniel F. Lissimore” to the following: The Boys and Girls Club of Valdosta, Attn: Cathy Parker, 215 W. North Street, Valdosta, GA, 31601.
The Altmeyer Funeral Home-Southside Chapel is assisting the family. Online condolences may be expressed at www.altmeyerfh.com.

To The Family; Without a doubt, your loved one, Nate, will be missed more than anyone can imagine. However, memories are intended to help fill and heal the obvious gap, and we continue as best as we can–as Nathaniel would desire. Nate and I were born less than a year apart and approximately a block apart, on the same street. My father was Rufus Lissimore, and we resided at 306 West North Street, Valdosta, Georgia. Nate, of course was born at 215 West North Street. We attended Magnolia Street Elementary and other public schools. During those early grades, because our last name was Lissimore, we actuall sat at the same desk! In those days, each desk was designed to accommodate two students. Because we moved around quite a lot (more than 20 time), our paths took us in different directions and we ultimately lost ontact. My email address is provided, if anyone wishes to contact me. Otherwise, I offer the condolence of me and my family, in support of sharing this untimely event. You are in our prayers with the trust that you will ontinue to perservere and be Blessed!

I remember Nate sitting next to me in Family classat King Jesus Ministries.His quiet gentle ,servant heart and spirit spoke volumes of his intimacy with Jesus Christ.He will be missed here but welcomed in heaven.May God’s Peace surround the family at this time.You may not quite understand this, but Father knows best.

I am glad I had the pleasure of meting and knowing Mr. Nate. He always had such a quiet and peaceful soul. I really enjoyed the good conversations and grandfatherly advice. Everybody loved Mr. Nate. May you have a peaceful journey and rest quietly in God’s hands. My prayers and blessing are with all of Mr. Nate’s family and friends.

Nate, I enjoyed the many times you would call and we would pray together because you are a intercessor as I am. Nate you would pray for me to get a car and then say, “Elder Millie, go get your car” and I did and your are right, God is helping me everytime now to make the payments!
Nate you love and care SOOOO much for your family to love and serve God and I know this will happen because of your GREAT FAITH!!! You are a great Soldier for not only the USA but also in the Kingdom of God. I am jealous you beat me to heaven enjoying the fellowship of Jesus, THE GREAT INTERCESSOR, I love you! Elder Millie Baker

I first met Nate at a Inner Healing and Deliverance Retreat where he was assigned to me as his leader, it was there that I learned how large his heart was and how much he loved the Lord Jesus Christ!
On another date Nate came to KJM and attended School of the Five Fold Ministry, where God blessed me by giving me a vision of Nate which I delivered to him. I saw Nate in his room in a rocking recliner, legs crossed, hand at his head while praying and I discribed his room to which Nate said it was exactly as I seen it. Then I seen a image of Jesus entering the door as he prayed. It was that day that Nate asked me to be his Mentor to which I gladly said yes.
From that time in 2013 I have enjoyed greatly his willingness to be molded and shaped in the Super Natural of our Church.
We have danced, laughted, cryed, rejoyced and growned together.
I love you my beloved Nate, you are a true Disciple which I am so privileged to have been your Mentor and Elder. But now you are with the true Mentor Jusus and in the presence of Our Father !!! Elder Bill

Mr Nate was near and dear to me. I have not yet met any more dedicated to serving God and doing work for the kingdom of God. He.traveled from Virginia to Miami to be trained and equipped to evangelize preach the gospel and healed the sick. On behalf of me and the King Jesus ministry family in Miami Florida We love you We miss you We are proud to say that you are a faithful dedicated true man of God . My condolences and heart goes out to the family. The peace of God be with you . Sheila Martin.

Rest in peace dear Nathaniel. May God comfort the family during this time. Peter and Carmen Santolalla

Such a nice guy to work with. I am so sorry for your loss and know that he is with his wife and the Lord!

Nate was a terrific man and a great American whom will be missed dearly. We know he is in peace forever.
Matt and Katherine

JORGE and Zee send our condolences to Nate's family he was A great man of God and our Lord saw his heart so now he is being rewarded in heaven . We will miss him dearly but he will always be in our hearts may God bless you and your family always

In loving memory of Nate