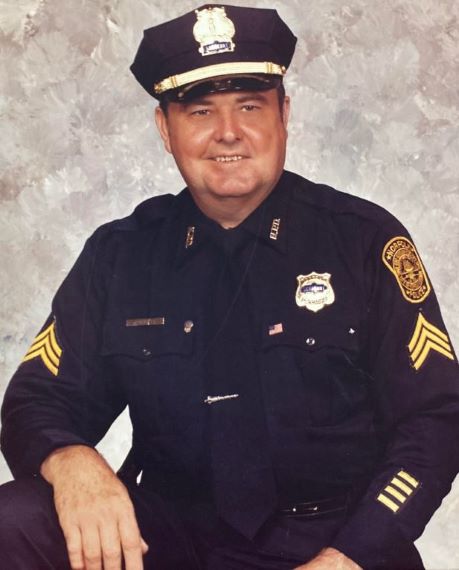 Millard Lee Everett, 90, of California, MD (formerly of Norfolk, VA) passed away on the morning of June 25, 2022. He was preceded in death by his mother, Addie E. Gaskins; his sister Margie Burbage and brothers William and Jack Everett; and his daughter-in-law Lisa Everett.

Lee was born in Bath, NC on December 6, 1931. He took up the call to service and joined the Navy during the Korean War, serving four years on submarines. He served in the Norfolk Police Department for 26.5 years, retiring in 1981, and was a member of the Fraternal Order of Police. After his retirement he worked for the US Marshals Service and the Federal Court in Norfolk for 12 years, ending his long career in service in 1996.

He is survived by his wife of over 66 years, Glenda Everett; his three children, Leigh (Jennings Bryant), Billy, and Alan Everett (Patricia); his six grandchildren, Brandi, Jana (Thomas Ewing), Madison, Katie, Carmen, and Braden Everett; his sister, Inez Hill; and several nieces and nephews. He loved his family dearly and never missed an opportunity to tell them how proud he was of them.

Oh how I loved you and treasured any moments I had with you and your family. I see your face and my heart smiles and grieves at the same time. I love you Uncle Millard and I’m glad you are now home with your loved ones gone before you. Praying for you Aunt Glenda, Leigh Ann, Billy and Alan as well as the grandchildren. Love you all so much – Distance will never separate us <3

Lee and family have had several difficult years. The Lord is welcoming Lee to life without pain. May He provide peace and comfort during this time and the coming months. Lee was always fun to be around. Our love and prayers for Glenda and family.