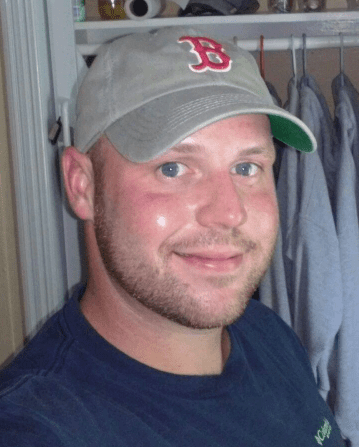 Michael Thomas DeMarais Jr. passed away unexpectedly on March 1, 2016 in his home in Virginia Beach, VA.
Michael was born in Exeter, NH on March 26, 1985, the son of Cynthia (Nicholas) Petrucci of Virginia Beach, VA and Michael (Jo Anne) DeMarais Sr., of Epping, NH.
Michael is survived by his daughter Paisley Ann of SC; his sister Devan Porter of Portsmouth, NH; his brother Zachary Brown of Tamworth, NH; his sisters Marina and Aletha DeMarais of Epping, NH; his brothers Brandon and Matthew DeMarais of Epping, NH; his grandmothers Dorothy Chapman of Columbia, SC and Anne DeMarais of Plaistow, NH; as well as several aunts, uncles, nieces, nephews and cousins.
Michael is preceded in death by his grandfathers, Clifford Chapman and Thomas DeMarais.
Michael was a hard worker and always strived to do his best at everything in life. For years, although Michael dealt with many personal struggles, he was a very loving and caring man for those around him and everyone he met. He especially loved making people laugh and was always available to lend a helping hand to anyone who needed it. Michael dreamt of one day having his own family and living the American dream. He enjoyed sports such as football and baseball, particularly the Patriots and Redsox. His favorite pastimes included relaxing on the boat, floating in the pool, deep sea fishing and playing football on the xbox with his brothers and his step-father. Michael loved the spring and summer months which allowed him to be outside enjoying the weather and doing the things he loved.
Everyone that met Michael adored him; his personality was one of a kind that would attract total strangers to approach him for conversation. There was not anyone Michael would not have a conversation with, he just loved people. Michael touched the hearts of many. He will be sadly and deeply missed by all.
The family will receive friends Friday, March 4, 2016 from 7-9PM at Altmeyer Funeral Home, 5792 Greenwich Rd., Virginia Beach. In lieu of flowers, the family is requesting a donation be made in Michael’s name on his fundraiser page by clicking here.

Blessing to the family

so sorry to hear this, you were always so kind and respectful to me and so helpful to sreve. so sad, rip mike!!!

So sorry for your loss. I have some very fond memories of Mike in the past years. He was a sweet thoughtful man may he rest in peace now

I never thought I would see this day come. You were always so strong, able to overcome every obstacle life threw at you. You could light up a room with just your smile. I miss you so much. I know you are lighting up heaven now with your smile and shining personality. Until I see you again, keep shining. I love you <3

I’m so sorry to hear mike passed away. Mike was an awesome person to know and will be greatly missed. He was my best man at my wedding in 2004 and spent 2 weeks with us in florida and I’ll never forget those memories

May your light continue to shine

My condolences to the entire family. I’m sorry you have to go through this heartbreak but I hope that your heart heals knowing he is at peace and no longer fighting any battles just having a good time making other people laugh.