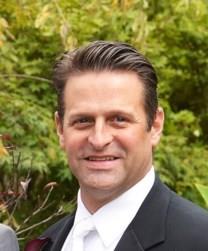 Michael S. Remy – ATLANTA – Michael passed away on Tuesday morning, March 29 at Grady Memorial Hospital after a brief illness cut short a life well lived. In his short 49 years, Michael thrived as a golfer, pilot, F1 enthusiast, entrepreneur, technology geek, artist, friend, boyfriend, brother, grandson and beloved son. He surrounded himself with the people and passions that enriched his life, and in doing so, he brought joy and love to many others.
Michael was born on September 18, 1966 in New Orleans. He is survived by his mother, Patsy, girlfriend Jacquetta “JC”, his brother Matthew, grandparents Frank and Mary Huerta, aunts Lisa, Mary, and Wylene, Great Uncle Harry, three nieces Megan, Caitlin, Haley, and many cousins.
Michael grew up in Virginia, Colorado and Louisiana, and each place in some way shaped him, with his love of the ocean, the mountains, and creole cuisine and culture. Michael was always on the move, and at age 10 discovered running, earning accolades in long and short distance running. He went on to compete for his alma mater James Madison University, where in addition to track, he studied Computer Science and co-founded the Chi Phi fraternity on campus.
Michael succeeded as a technologist his entire career, working for several firms, including Coca Cola, Executive Arts, Blue Wave Consulting, and Dimensional Consulting. Always an entrepreneur at heart, Michael was best setting his own course, and he thrived owning and serving as President and CEO of his own IT firm, Ratio Solutions.
A graveside service to celebrate his life will be held Saturday April 9, 2016 at 12:00pm in Nimmo United Methodist Church Cemetery. In lieu of flowers, donations can be made to Special Olympics and The Jimmy Fund in Michael’s honor.