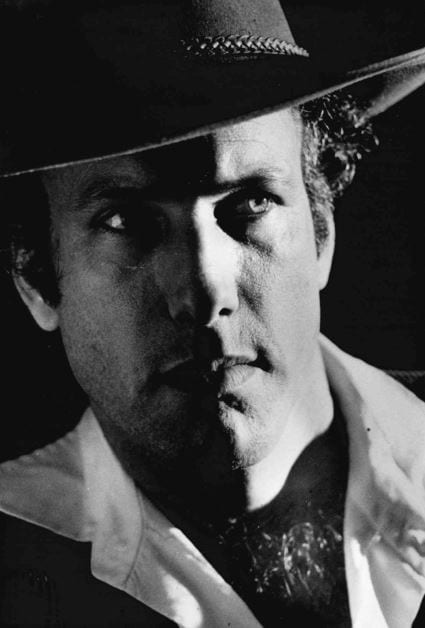 Michael Podesta died peacefully at Sentra Leigh Hospital in Norfolk, Virginia on Saturday, June 27th at about 5:20 in the evening. Michael was a widely known and well respected calligrapher and graphic designer. He selected texts from many sources, but favored passages from the Christian Bible. Michael’s faith and his work shared purpose, and he approached his profession as a ministry. His messages of faith and love and hope, thoughtfully considered and beautifully rendered, were testament to Michael’s abiding love and respect for the word of his God, and his generous impulse to share with the world the strength, joy, and spiritual sustenance these words provided. Michael is survived by his wife Anne, his step-mother Marion, his brothers Lawrence, Karl, and Christopher, his sisters Michelle, Sara, and Natalie, his sons Robert, Gregory, Alexander, Joshua, Alexander and Walter, his daughters Shelley and Gay, and a number grandchildren. A dear and longtime friend of Michael’s, Kate Germond, has worked for many years with Centurion, a non-profit organization that works to free innocent people who have been wrongfully convicted and incarcerated. In lieu of flowers, please consider a charitable donation in Michael’s honor to Centurion at 1000 Herrontown Rd, Princeton, NJ 08540 or at www.centurion.org.

The following remembrance was shared by Michael’s dear friend David Wade:
A beautiful soul has slipped its frail dressing and taken flight. My dear friend, Michael Podesta, passed away on Saturday. We were friends for 35 years, meeting first, as one must, at a craft show. Whether it was hours spent talking around the dining room table, or setting up and tearing down his display, or in his front yard examining his new garden and suddenly reciting “Grass” by Walt Whitman, or in the terrible early morning phone call sharing the loss of his beloved Kezziah, sharing time with Michael was always Communion. Grace was exchanged. Love imparted. He was an impressive looking man – tall, handsome – but the Voice! The sonorous baritone launching into the latest memorized verse or providing the audio version of one his works. I don’t know how many church-lady hearts he set aflutter with it, but I witnessed many swooning admirers over the years.
And he left us an amazing and inspired body of work. As a designer and calligrapher, Michael was an exquisite and exacting craftsman, shaping words out of the empty womb of the off-white page.

But if you knew Michael, you knew this: the gift was Michael himself. He was a luminous spirit. A unique blessing. Though time and tide wore him thin, the art of his life never diminished.

One final story. Sitting in our home one morning, Michael recounted a recent dream. He was standing before the Judgment Seat of Christ, awaiting the final verdict of his life. When the time arrived for his sentence to be announced, Jesus was suddenly at his side with his arm around his shoulders. “Michael,” Jesus said. “Why didn’t you go swimming more? You used to love to swim. You should have done that more.”

Today, I believe with all my heart, Michael is doing laps in waters that will never run dry.

After years of admiring Michael’s “Christmas Tree,” I decided to go on his website today and finally order it for our home. Seeing the blog posts, I was saddened to learn that Michael passed away over a year ago. Our family has given his works of art to family members and have a few for ourselves. I’m thankful that I was able to purchase this piece today. My condolences to all Michael Podesta’s family and friends. After reading the blogs and condolences here, I realize that he was so much more than his artwork.

Over the years I have ordered Michael’s calligraphy artistry as gifts and his cards to tuck into gifts. I went today to track him down to place an order to re-stock my stash and have read that he has gone to be with our Lord. Whoever reads this and calls him friend or family — my condolences and wishes to you for God’s comfort.

My husband, Paul, and I collected a number of Michael’s beautiful works of art. We gave several to friends. Right now, I have before me “Imagine.” It always meant so much to me but even more dince Paul passed away on July 19, 2020. I will remember Michael in my prayers and send my deepest sympathy to his family and friends. I know how difficult it is to lose someone very special.

I will be eternally grateful for Michael’s work and for the person that was Michael. Thank you, God, for Michaels great gifts and blessings for Michael’s family and friends in their grief.

Michael’s beautiful work has been an inspiration for me. I have six of his calligraphy works and I cherish each one. What a gift to all of us, and what a loss to the world. May the saints and angels guide him into paradise.

Pat and I just found out about Michael’s death and we were very saddened by the news. We met Michael at a craft display in Annapolis, MD, visited his studio in Virginia while traveling down that way. We asked when he would be up our way again and when he told us, we asked if he would like to stay with us during that
time. We so enjoyed getting to know him better and still love looking through the catalogue and appreciating his talent and how many of his pictures bring praise to
our lips. God’s blessings to his family and friends. He will be missed. Pat and Marian

Enjoying displaying his ‘Love’ quotation from the Bible in all of our homes.

My condolences on Michael’s passing. I collected his works for decades because the way he did what he did had a positive impact on my and my family’s life. Several of our rooms are adorned with only his works. I enjoyed our conversations and will miss him.

My deepest sympathy to Michael’s loved ones. I am saddened as I learned today
of his passing. I remember first meeting him at one of his shows about 30 years
ago. He seemed such a gentle soul. His beautiful and meaningful art is in 4 different
rooms of my home. I was just staring at the framed scriptures in my quiet time
this morning. How he will be missed here on earth. He made such a lasting
and wondeful contribution to so many lives through the ministry of his artwork.
My heart goes out to all of his loved ones who now journey on for a while
longer here on earth — peace to your hearts — and may your hearts be prepared as his was to meet his Maker and Savior…he is expecting you to join him there.
May so many more souls join him one day as a result of his ministry while here on earth~