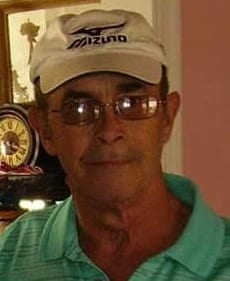 Michael Alan O’Banion, of Virginia Beach, passed away on Friday, August 5, 2016 at the age of 57 years. He was born on April 15, 1959 in Warren, Indiana to Edwin O’Banion and Barbara Kay Mossberg O’Banion.
He is survived by his mother Barbara and sister DeeAnn of Montross, VA, his daughters; Robin Meredith of Bell, Florida, Courtney Iacuaniello, of Las Vegas, NV son Michael E. O’Banion also of Las Vegas, NV and four grandchildren; Aiden Iacuaniello, Chevy Stevens, and Bailey and Andre Meredith.
He served in the United States Marine Corps. In his free time, he enjoyed going to car shows and enjoying peaceful time on the beach.
In accordance with Michael’s wishes, private services for the family will be held.
He will be greatly missed.
The Altmeyer Funeral Home-Southside Chapel is assisting the family. Online condolences may be expressed at www.altmeyerfh.com.