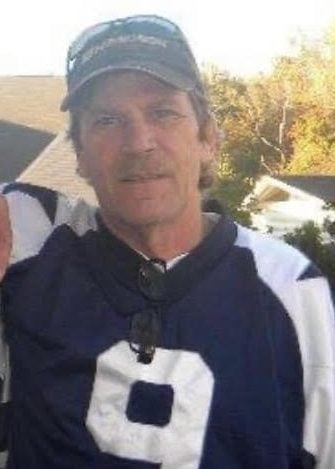 Michael lived in Va. Beach his whole life, where he was a plumber for 40 plus years. Michael was a die-hard Dallas Cowboy fan, through good and bad seasons, he was loyal to his Cowboys.  Michael never married or had children, but he had a huge community of friends, which were like family. He had a huge heart and always ready to help anyone in need. He was a loving son, brother, and uncle.

Memorial services will be held in Jacksonville, Georgia later, where he will be laid to rest, alongside his mother. In lieu of flowers please make contributions to your chosen charity in Michael’s honor. Condolences may be left for the family below.

It’s so hard to believe you are gone, I can remember throwing the Football 🏈, moving furniture with you many times, I was lucky enough to be your friend!!
Rest In Peace my brother 🙏🏻

My deepest sympathy to Michael’s family at this very sad time. We have been very fortunate to have had Michael in our lives and will greatly miss him. Love you Michael.

Good Friend of my husband’s for a long time. So sorry for your loss.

Condolences to your family. Remember your family from years ago, especially cracking pecans for your mom’s pecan pie. Served with your dad in the Navy. Rest In Peace buddy

Love you buddy bunches. I don’t know what else to say. You always helped me with my plumbing crap. You are such a sweetheart. We’re all going to miss you badly.