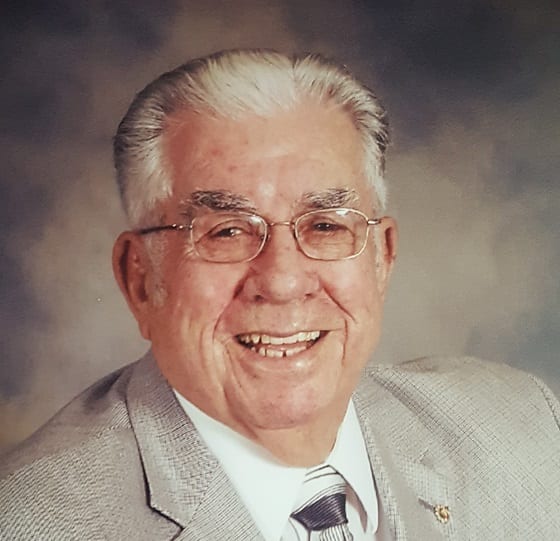 Melvin Ernie Jackson Jr. 88, passed away Friday, July 15, 2016 in Norfolk. He was born in Kenly, North Carolina to the late Melvin Jackson and Elsie Hill Jackson. He was also preceded in death by his loving wife Frances Jackson, brother Glenn Jackson and his grandson Todd Glass.
He is survived by his daughter Ruth N. Glass of Virginia Beach and four step-children, Gary L. Lawson, Larry F. Lawson, Linda L. Dixon and June L. Heninger; sisters Frances Jackson Batts and Barbara Jackson Williamson, grandchildren, great-grandchildren and his wonderful caring neighbors.
A visitation will be held on Friday, July 22, 2016 at 11:00 am with a funeral service to follow at 12:00 pm at Altmeyer Funeral Home Southside Chapel, 5792 Greenwich Road, Virginia Beach, VA 23462 with burial to follow at Charity Cemetery. Pastor Dale Burden will be officiating.

Ruth, Sorry to hear about the passing of your Father. May God comfort you with all of your memories of the good time you had with your Father. My thoughts and prayers are with you.