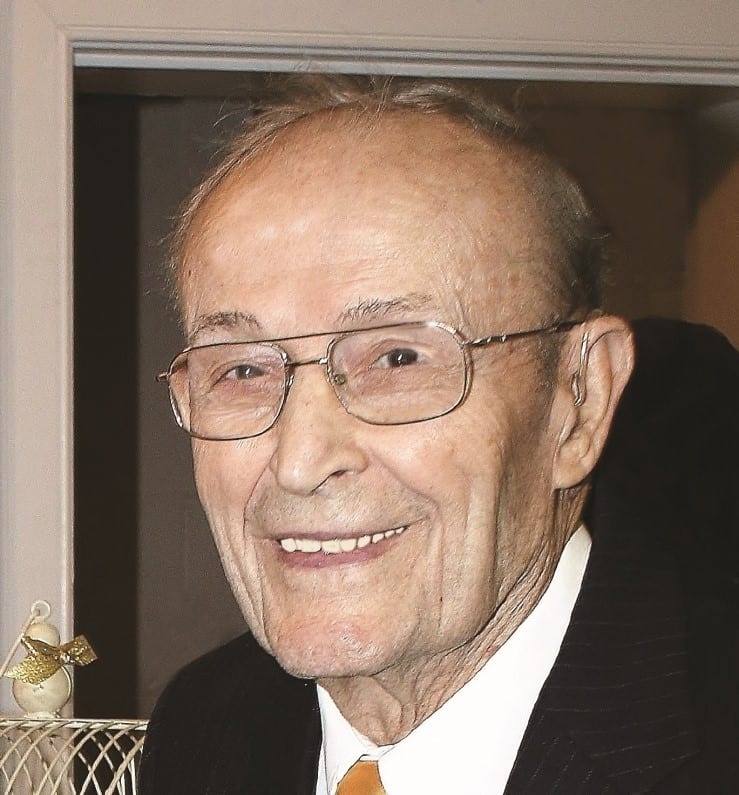 McKeithan “Keith” Elvington, Sr., 89, was born to the late Levi Chad and Stella Hayes Elvington on Dec. 19, 1925 near Lake View, SC. He was the tenth of 12 children (3 died at birth). Of the remaining 9, he was the last survivor. He attended Lake View High School and served in the US Navy briefly during WWII. His career ended after “The Battle of Portsmouth” due to a hearing problem.
Keith was an amateur boxer participating in Golden Gloves Tournaments in Charlotte, NC. He was an avid fan of college and professional football. “How ‘bout them Redskins?” He loved fresh water fishing and gardening, often sharing his harvest with others.
Keith was employed in shipbuilding in Wilmington, NC and Savannah, GA before starting his career at NNSDDCO in 1951. He retired in 1988 from Dept. X15 as a supervisor and trainer of men as burners.
In addition to his parents, Keith was predeceased by 5 sisters: Dorothy Church, Lucille Thompson, Pauline Smith, Maxine Looney, and Mary Lois Elvington; 3 brothers: Horace, Robert Milton “Jim”, and Levi Chad “L.C.” Elvington; his infant son Douglas; and step children Elizabeth Morton and Harvey Ferrell.
He is survived by his wife of almost 51 years, Marie Willoughby; children Sherrill, Anita Steele, McKeithan Jr. “Mac”, Gregory “Greg”, and Lisa Tatem; stepchildren Brenda F. England and C. Stephen “Steve” Ferrell; 17 grandchildren; 30 great grandchildren; numerous nieces and nephews; a brother-in-law and several sisters-in-law.
Keith became a believer in Jesus Christ following the accidental death of his brother Jim and under the preaching ministry of Billy Graham. He has been a faithful member of Riverside Baptist Church in NN, VA since 1964.
On Nov. 13, 2015, Keith became absent from his body and is now present with his Lord. He will live on here in our hearts and memories. We look forward to seeing him again. To God Be the Glory!
On Sat. Nov 21, at Riverside Baptist Church, visitation begins at 12 noon, and the funeral service at 1 p.m., with a time of fellowship following. Burial will take place on Sun. Nov. 22, at Peninsula Memorial Park at 2 p.m. In lieu of flowers, consider a memorial donation to Peninsula Rescue Mission.
Riverside-Altmeyer Funeral Home is assisting the family with arrangements.

And when his time had come the Lord said unto him rest your weary body in my arms, your strong yet battled soul upon my breast, close your eyes my son for your journey is finished. And to the family the message is whispered do not trouble your souls as your loved one now resides with our King in peace forever more.

Gods blessings to you and your family

I’ll love and miss you every day of the rest of my life Daddy.

My thoughts and prayers to you and your family during the very difficult time.

My thoughts and prayers are with you and your family during this difficult time.