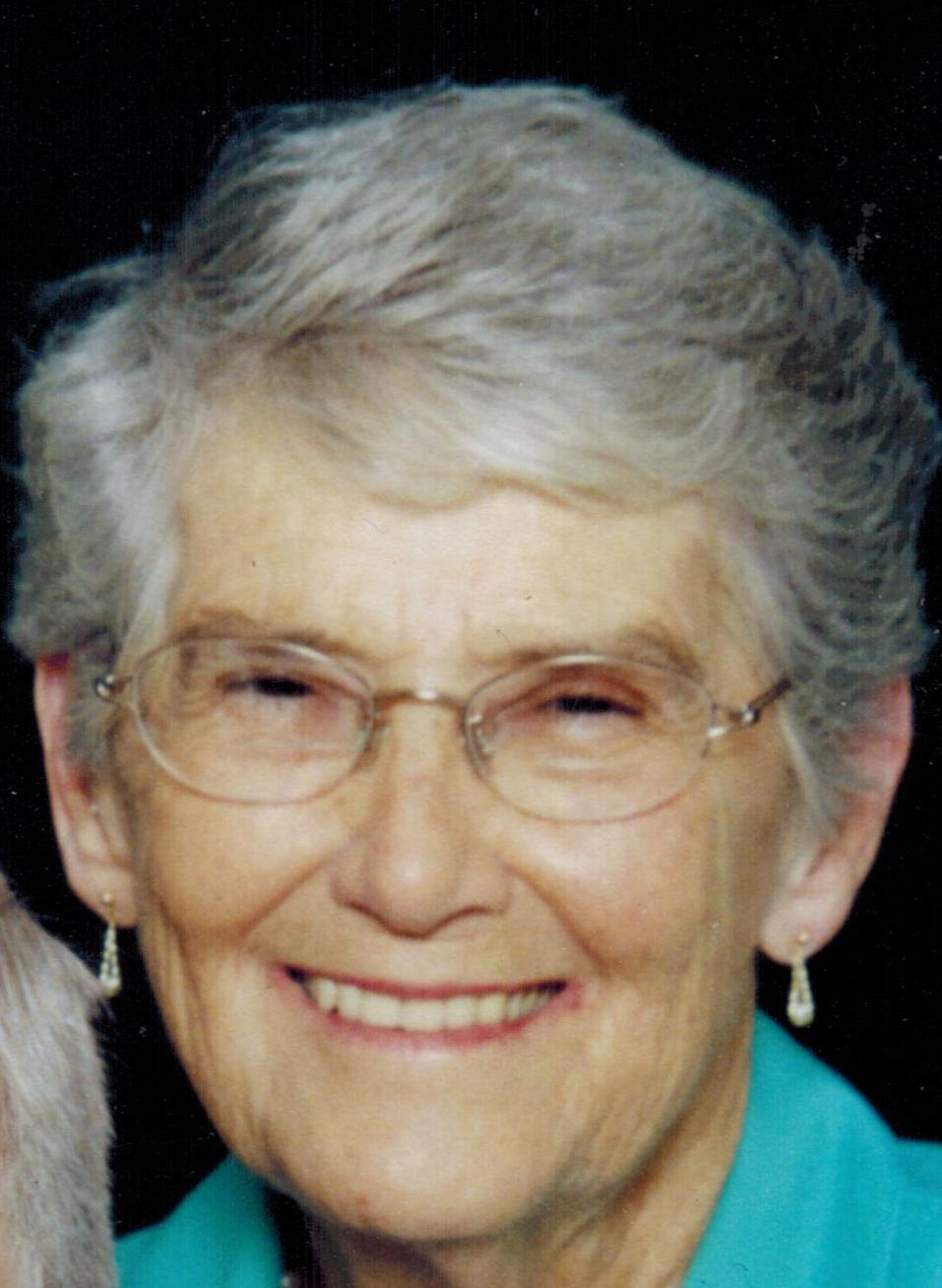 Mary Jane Ballard of Virginia Beach, Virginia died peacefully in her sleep on February 13, 2016. She was born in Louisville, Kentucky to the late William Arthur Hines, Sr. and Catherine Brown Hines. Mary graduated from Mercy Academy, then worked in the Civil Service. She married Joseph Howard Ballard, Sr. in 1950 and they became the parents of 7 children. She moved with her husband and children to Johnson City, Tennessee in 1963 and Kingsport, Tennessee in 1965. While residing in Tennessee, she was very active in the Catholic Schools her children attended. In 1981 she moved to Virginia Beach with her husband and youngest son. Mary retired from the Virginia Beach School System, having worked in the cafeteria at Cox High School. She was a member of St. Gregory’s Catholic Church where she was an active member of the Legion of Mary. She was predeceased by a son Larry Gerard Ballard in 1982 and 4 siblings.

The family will receive friends Tuesday, February 16, 2016 from 6-8PM at Altmeyer Funeral Home, 5792 Greenwich Rd., Virginia Beach with a rosary service to be held at 7PM. A Mass of Resurrection service will be held Wednesday, February 17, 2016 at 11AM at St. Gregory the Great Catholic Church, 5345 Virginia Beach Blvd., Virginia Beach with Father Mario Fulgenzi officiating. In lieu of flowers, the family suggests donations to the charity of your choice or St. Gregory’s Catholic Church.

I’m very sorry about your lost. You are in my prayers.