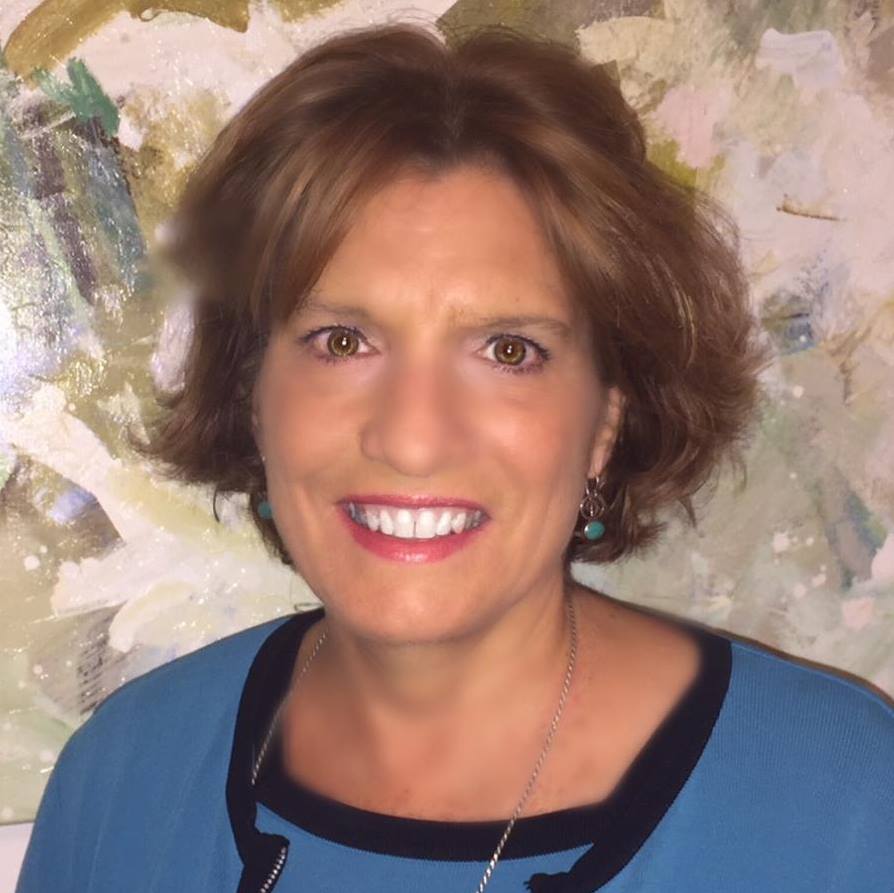 Mary was a light to which others were drawn – warm, steady, embracing. She adored the beach, even made her home beside it in Willoughby Spit on the Chesapeake Bay. This was a fitting place given her love of sunrises and sunsets, many photos of which she proudly shared on social media. Occasionally, she would share photos of her beloved rescue cats, Ziva and Satchi, lounging in the sun on the beach among the sea grass or posing inside the beach house in the light by a window. Her “Caturday” posts were famous.

Mary was a force of nature, a hard-worker and a nurturer. Her laugh and smile drew people to her, but her tenacity, creativity, wit, sensibility, sense of humor and innate wisdom kept you coming back for more – just to bask in her ever-present glow, or laugh at her keen observances about politics, people, and the news.

Mary also was a giver. Whenever she started a new project, she shared. Sea-glass jewelry she created from collecting shards of bottles and such whose pointed edges smoothed over time with the lapping of the bay waves. Painted rocks, a recent hobby, with sayings, such as “Believe,” “Don’t Worry” and her favorite black cat with a heart on it. Then herself. She gave greatly, selflessly and joyfully, even if she didn’t know it. There was no quid pro quo with Mary. Never.

Mary was born in Beaver Falls, Pa., and never lost that small-town optimism. It radiated in everything she did, with everyone she touched along the way, including her large, extended family and with her husband, Jeffrey Prier. She loved her life over the past 30-plus years in the Virginia Beach and Norfolk areas. She spent many of those early years rollerblading along the boardwalk at the Virginia Beach Oceanfront or riding her bike and admiring those East Coast sunrises and sunsets. During her married years, she and Jeffrey enjoyed the salt air from their bay-front decks, never taking a day for granted.

Mary graduated high school in 1978 from Riverside High School in Ellwood City, Pa. She received her Journalism degree from Penn State University in Sharon, Pa. She then spent the next three years in the U.S. Army/RA, including time in Korea, where she began to hone her interviewing skills and sharp wit on air. She even scored an interview with Henry Kissinger that made waves among the big brass. She received a discharge with an SP4 rank as a 71R Broadcast Journalist. She earned numerous medals, including Army Commendation Medal, Army Achievement Medal, Marksman Badge and Rifle M-16. Following her time in the military, Mary enjoyed an illustrious, successful career with photography, in marketing and in public relations.

She started her public relations career as a public information officer at Virginia Tech in Blacksburg, an area she often spoke about and pondered returning to later in life. She graduated Summa Cum Laude. She then moved to the Hampton Roads area for a job as public relations coordinator at Chesapeake Regional Medical Center (formerly Chesapeake General Hospital) from 1991-1995. From 1995-1998, she worked as a public information officer for the City of Virginia Beach, where she spearheaded the once-controversial public campaign for the Lake Gaston Water Supply Project from North Carolina and implemented a strategy for new curbside recycling program. Her next adventure took her back into the medical industry, working as the marketing director for Bon Secours Health System. At Bon Secours she developed a new marketing and branding approach for a system that had just acquired two new hospitals and other affiliated services under one umbrella. She never backed down from a challenge. They inspired her and made her creativity come alive. In turn, she inspired her co-workers to be the best they could, and never wanting anything in return.

Mary’s next career move took her to the Tidewater Builders Association (now Coastal Virginia Building Industry Association) as Staff Vice President of Public Relations and Production. She rebuilt TBA’s brand and standing of trust in the community over the next dozen years. She also helped resurrect TBA’s annual Homearama showcase of custom homes by attracting up to 100,000 guests and generating thousands of dollars in free publicity.

Mary proved her mettle as a PR and marketing professional by rolling easily into the digital age. She taught herself how to create savvy, attractive websites and do social media knowing it was the wave of the future for her clients, employers and even her friends. She also participated with glee sometimes in social media, especially Twitter, where she would go head-to-head or word-to-word on certain subjects with people on a national level.

Upon leaving TBA, Mary worked for Superior Equipment Sales for five years, creating a new digital strategy for communications with the company’s business customers. As a one-woman show, Mary connected Superior with its salespeople, often grilling up some hot dogs on a Friday for fellowship and appreciation.

She left Superior for a job she adored as the marketing manager for the City of Virginia Beach Department of Parks and Recreation. She brought her creativity, her passion, and her professional experience and knowledge to the job. She was in her prime. Mary was a cheerleader, an advocate and a citizen when it came to spreading the word about all the great things parks and recs does. In every one of her career roles, her peers admired her, and the media trusted her attention to detail and her story-weaving skills; she made everyone’s jobs easier just by being who she was.

Her commitment and hard work inspired everyone — all busy professionals from throughout the region — to work hard together. She served as president of the PRSA Hampton Roads Chapter in 2013, where she brought the same commitment and work-ethic to the role. She increased membership and engagement, improved the group’s financial solvency and earned a national award for a community service project that helped nonprofits throughout Hampton Roads. The chapter thrived under her guidance.

There will be no public viewing or graveside service; however, the family invites friends and colleagues to join them after the service for refreshments.

In lieu of flowers, donations may be sent to:

I was very surprised when I opened the obits on Wednesday, and her picture was there. Quite frankly, I was shocked. I worked with Mary at TBA. She always had a smile, and was very upbeat. I’m sorry for her loved ones and know they will miss her. Happy Trails Mary.

I am in shock! Mary was a genuine person who glowed from the inside out! She was a hard worker and always strived to do the best! She loved life!! I will miss her dearly. Rest in peace Mary!
Kim Powers

Mary was simply one of the very best humans I have ever met. Always a warm smile and a yes! whether it was an idea or a request or a funny comment. She came to monthly Park Foundation meetings as City Marketing staff and we all benefitted from her energy, creativity and work ethic in shaping the Foundation’s future. Mary will be greatly missed.

I am so sorry to hear about Mary. We worked together at Bon Secours for many years and stayed in touch. She was such a hard, dedicated worker! And she loved her cats for sure 🙂 She will be sorely missed 🙁

I am still in shock and disbelief. Mary was so young, so healthy. I just don’t get it. Mary was such a people person. I met her while working at Chesapeake General Hospital in the early 1990’s. We hit it off right away and kept in touch even when we both left working there. I became her CPA and we continued to meet for happy hours each year after tax season was over. We had a lot in common with our political beliefs and had major discussions about how the U.S. should be run. We laughed … a LOT … when we were together. She was very open and honest. She loved Jeffrey with her whole heart. She told me how lucky she felt after becoming his wife. I will miss her dearly. RIP sweet Mary!