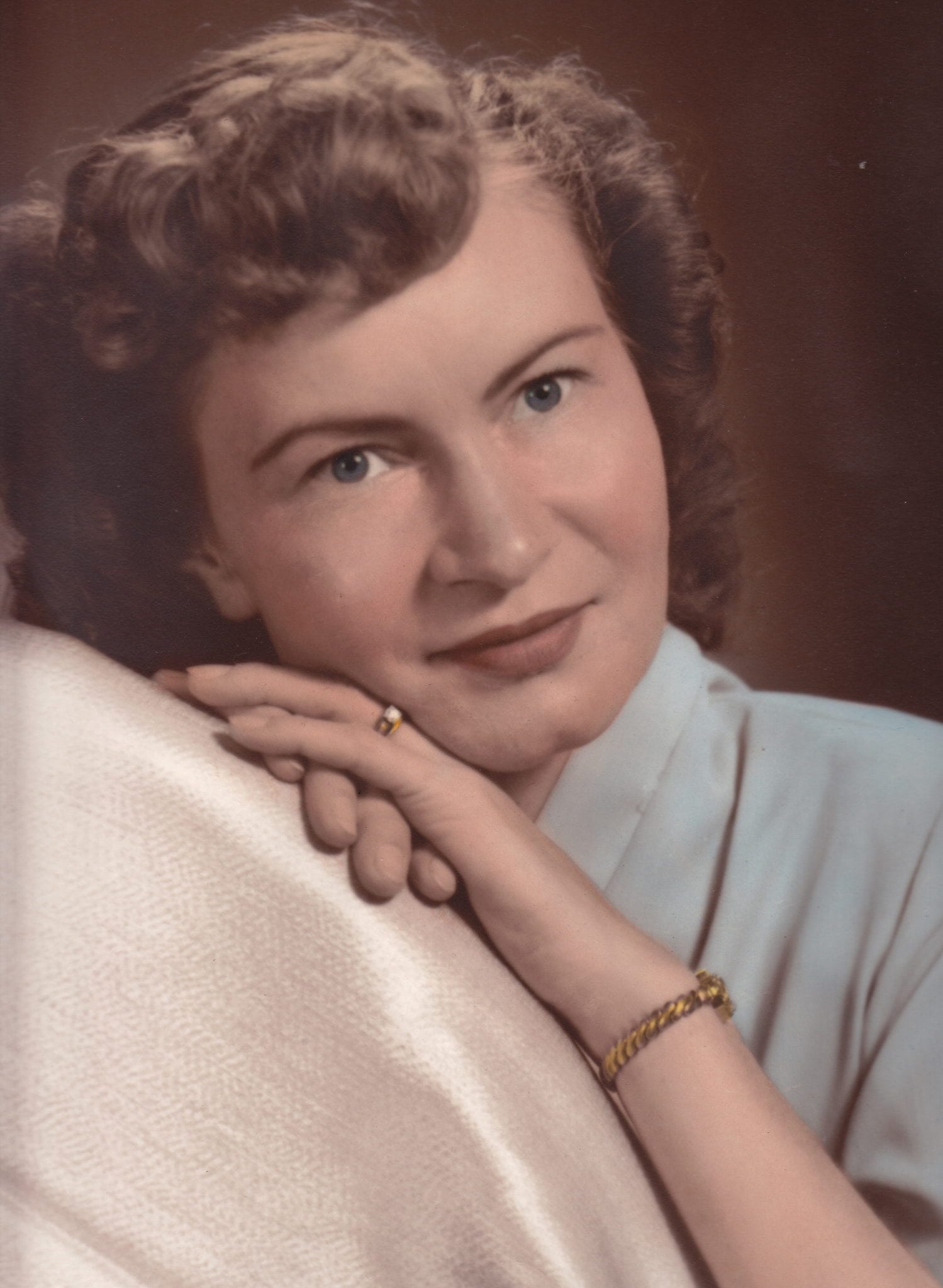 Mary Elizabeth Renn Bailey, beloved daughter, sister, wife, mother and grandmother, slipped away Sunday, Dec. 13, 2015, after an extended illness. She was 89.
She was predeceased by her husband of 58 years, Joseph L. Bailey, their son Phillip Bailey, her parents, Clarence and Fannie Renn, brothers Wilson, Alvin (Nancy), Macon (Ocie) and Milton Renn, and one sister, Syble (John) Renn Woodard, and brothers-in-law Clarence “Red” (Peggy) Pinnell and Jerry (Jeannette) Rowe.
Born May 27, 1926, in Louisburg, NC, she moved to Norfolk during World War II where she handled payroll for the war effort. She also met her future husband Joe at a bus stop one day in Norfolk.
Left to cherish her memory are two sons, Kenneth and Larry Bailey and Kenneth’s wife, Diana (“the daughter she couldn’t have”). She also leaves behind her beloved grandson and granddaughter, Kenneth Bailey Jr. (Terry) and Dyan Bailey, and great-grandchildren, Madison, Ryan and Brice.
She is also survived by her much-loved brother and sisters, Lewis (Helen) Renn, Peggy Pinnell, Jeanette Rowe, Jane (Bill) Pearce, and Faye (Milton) Shearin, and sister-in-law Doris (Wilson) Renn, as well as countless nieces and nephews, whom she also adored.
Before retiring, Mary rose to become vice-president of Fairmount Building Supplies Corporation, but her life’s work was her family.
Memorial services will be at 1 p.m., Saturday, January 9, at Hickory Rock Baptist Church, 1580 Firetower Road, Louisburg, NC 27549. In lieu of flowers, donations may be made to Meals on Wheels America. The family thanks Heartland Hospice and Mary’s caregivers at the Gardens of Virginia Beach for their loving support the past year.

My husband and I would like to express our sincere sympathy to the family and friends of your beloved Mary. Although we never had the opportunity to meet Mary, we wanted to share with you comfort from Gods word, found in John 5:28,29. Here Jesus showed us a wonderful example of the resurrection when he resurrected Lazarus here on earth, back to the arms of those he loved. ( John 11) Remember also that our Heavenly Father expresses his loving compassion for all of us when someone we love dies ( Psalm 34:18) Be sure to share your memories with those who surround you, for the memories shared are the ones most truly cherished, may they bring you a sense of peace and joy to your hearts as you begin to heal. Take care of yourselves and each other during this very difficult time .