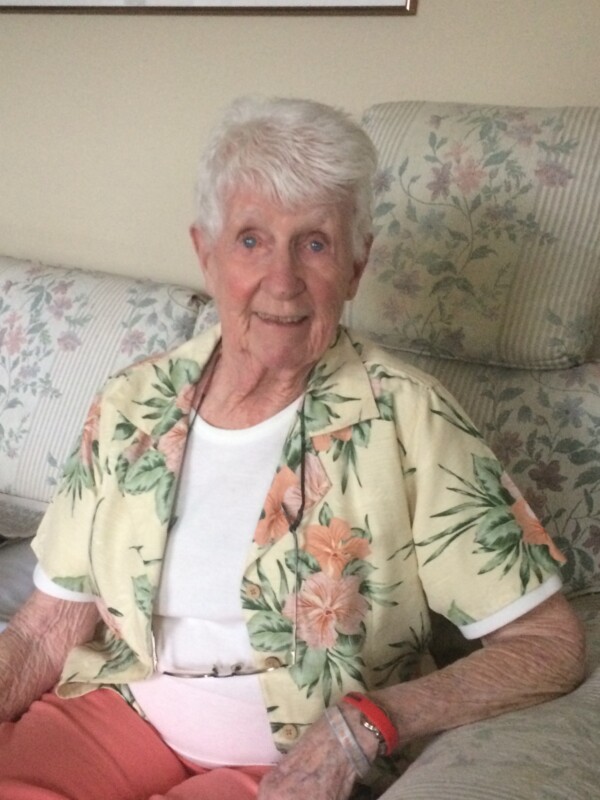 Bonnie  was born February 27, 1927 to Joseph and Mary Ann Donnelly in Morristown, NJ.  She was a graduate of the All Souls’ Hospital School of Nursing as one of the last classes of the Cadet Nursing program established during WWII.

Bonnie married John Cooke in 1949.  They were married for 69 years until John’s passing in 2018.  They had four children.  During their lives they lived in many locations – each one was their favorite.  Over the years they both became active members of each church family they joined and the general community as well.   Bonnie never met a stranger and as she departed a community for their next location she added many names to her active list of correspondents. She was a very enthusiastic entertainer who enjoyed bringing people together.

Bonnie was predeceased by her parents Joe and Mae Donnelly, her husband John, and by her brother John (Jack)  Donnelly.

A memorial mass is planned for early 2023 and in the spring Bonnie will be inurned in the Alabama State Veterans Cemetery in  Spanish Fort alongside her beloved husband John.

Sorry for your loss.

I am so sorry to hear of your loss. I met Bonnie once or twice years ago. She was quite the character. It’s never easy to lose a loved one. My thoughts and prayers are with the family.

So sorry to hear about the passing of dear aunt Bonnie. She will be remembered as a wonderful woman!