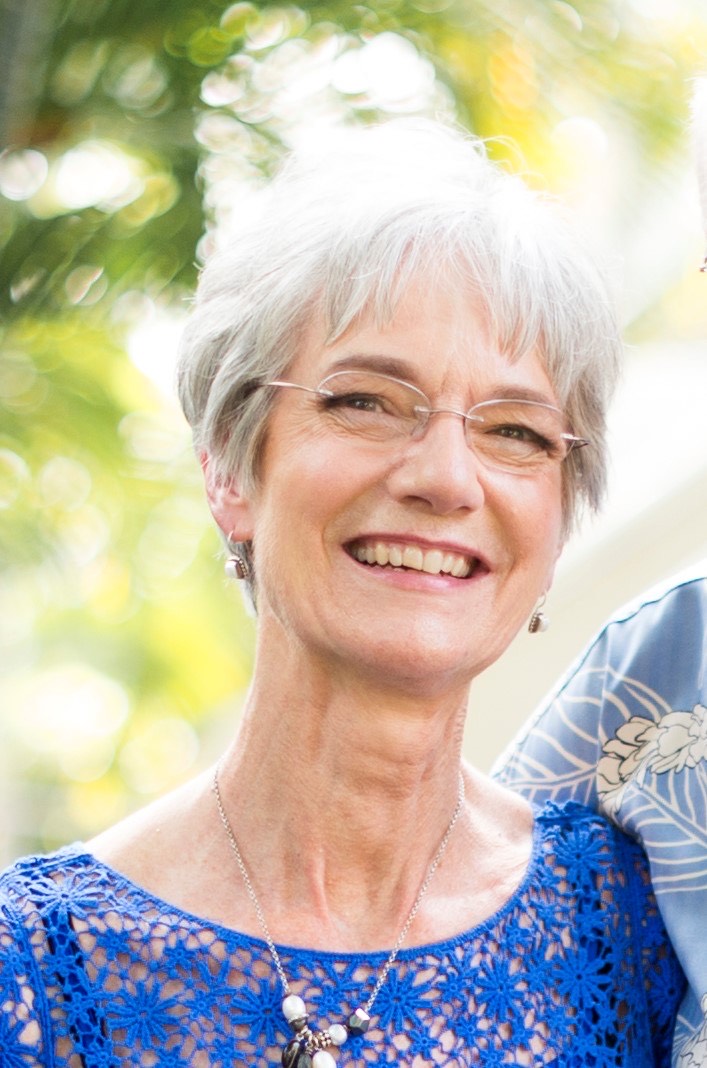 Martha Diane Roberts (“Diane” to all), resident of Williamsburg, Virginia, went to be with the Lord on February 7, 2022, at the age of 71. She is survived by her husband of 51 years, Paul “Pancho” Roberts II; daughters Averi Roberts and Briana Shashidharan (Amit); son Paul Roberts III; brother David Dow; and grandchildren Annalise, Corinne, Corbin, Skye, and Spencer.
Diane was born March 30, 1950 in Houston, TX. She graduated from Westbury High School in Houston in 1968. She attended Texas State University, where she met Pancho, and graduated in 1972 with a Bachelor of Arts in Education. She went on to earn a Master of Education in Speech Pathology. As a professional, she loved teaching in Special Education. Her career was mostly spent serving students in Fairfax County Public Schools. She retired from Williamsburg-James City County Public Schools several years after relocating from Springfield, VA to Williamsburg, VA.
Diane’s life was devoted to Jesus Christ and sharing the word of the Lord. She believed in a Christ-centered marriage and alongside her husband, Pancho, they established Marriage Encounter in the DC Metro area in the 1980’s and led over forty Marriage Encounter events over a number of years. Diane was a leader in her church, serving as Lay Leader at Sydenstricker United Methodist Church in Springfield, VA for several years. She provided support to congregation members as a Steven Minister at New Town United Methodist Church in Williamsburg, VA. She enjoyed working with church youth groups even after her children were grown and was particularly fond of working with Junior High students and the Jeremiah Project. Diane also served on mission trips to El Salvador and Trinidad and Tobago.
Family was also very important to Diane. She was the first born of three children and grew up in Texas as the oldest among dozens of first cousins. Her favorite childhood memories were centered on her family relationships, time with extended family, and in particular with the Kitzmans on the farms and ranches in Pattison and Brookshire, TX.
As a mother, Diane consistently modeled love and compassion for all human beings. Diane was tireless in her support for her family and community. She is fondly remembered for her welcoming and warm smile and the positive and joyful energy she brought to the many activities for which she volunteered, such as Girl Scout troop leader, soccer coach, swim team president, and community block leader. Referred to as “Grammy” by her grandchildren, she loved each of them unconditionally. Prior to Alzheimer’s taking hold, she was always ready for an adventure with her grandchildren such as amusement parks or swimming. She reveled in giving her grandchildren an extra long tuck in at night with lots of stories, a hymn or two and of course a prayer.
She was preceded in death by her mother D. Laverne Kitzman, her father A. Milby Dow, and her brother Steven Dow.
A memorial service will be held on Saturday, February 19, 2022 at 10 am at New Town United Methodist Church in Williamsburg, VA. The service will also be live streamed.
In lieu of flowers, please consider a contribution to the Alzheimer’s Association or the Hospice House of Williamsburg..
https://www.newtownumc.org/diane-roberts