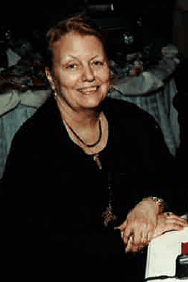 Martha-Ann “Marty” Della Camera, 73, of Virginia Beach died January 17, 2017. She was born on January 26, 1943, the oldest daughter of Bryden Bond and Marie C. Bond. She received her Nursing Degree from Fordham Hospital School of Nursing and her Bachelors of Science from Columbia University. Marty later received her Master of Science in Nursing and Masters in Education from Columbia University.
Marty had a successful career in nursing and nursing administration at Fordham Hospital and Lincoln Medical & Mental Health Center in Bronx, NY. She was an active member of her community and engaged in political activism in support of women’s rights. After retiring to Virginia Beach in 1998, Marty developed a tight knit group of friends through her efforts to spread the message of sobriety, hope and perseverance.
She leaves her younger sister Elizabeth (Bond) Flynn and her husband Michael Flynn of Richmond, VA, as well as her nieces Tracey (Flynn) Portillo, Shannon Flynn, Mary Elizabeth (Bond) Butts, Katie (Bond) Collins, Leslie (Bond) Meier; and her nephews Michael Flynn, Jr. and Jason Bond. Marty also leaves behind 4 great nephews and 3 great nieces. She was predeceased by her siblings Susan Bond, Andrew Bond, Bruce Bond and Christopher Bond.
A Memorial Service will be held at 11 a.m. on Friday, February 3rd, 2017 at Altmeyer Funeral Home, 1801 Baltic Ave, Virginia Beach, VA 23451. Marty’s remains will be buried with her siblings in North Kingstown, RI.

I went over Marty’s house a couple of weeks before she passed away. I said, “We need a day”, because it had been so long since we had spent the day together what with me working two jobs and all. We went on Wednesday, January 12th to the Naro Expanded Cinema in Norfolk, VA. First we went and got some take out dinner at the 10 Top Grill across the street from the theatre. She wanted to see the movie “Jackie” about Jaqueline Kennedy Onassis’ time in the White House starring Natalie Portman. We took our dinner into the theatre (I was sure that no one would stop Marty from doing this, lol). The movie was great and then we went to a meeting in Portsmouth. We stopped at the store on the way home to get something that she needed. We didn’t get back to the condo until at least midnight. I will always remember her beautiful smile, her caring manner and her wonderful backbone. Marty was there when I needed a friend and I was there for her when she needed a friend. I will miss her more than I can say. Sleep peaceful my wonderful angel of a friend, for you have so earned those wings. Until we meet again.

Fly free my friend. I will miss ymou..

You will be missed Marty. You were an inspiration to many who had the pleasure to know you. I am glad that I had that pleasure and rest in peace my friend.