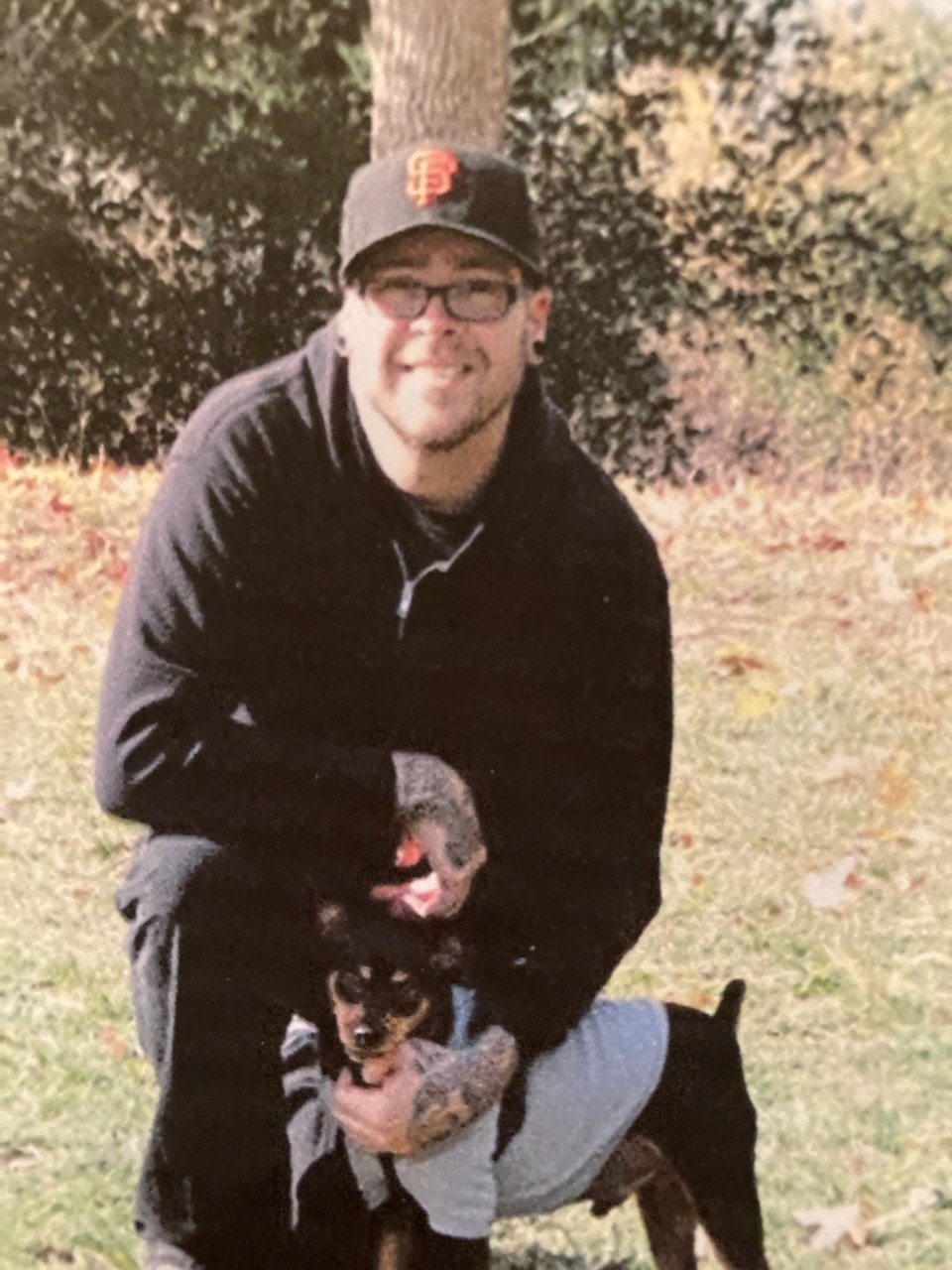 Mark William Gonzalez was reunited with his beloved dad in Heaven on March 13, 2022 at the age of 49. His loss has rippled through the hearts of many.
Mark was preceded in death by his dad Henry Thomas Lowe; grandparents Art and Charlotte Esquivel; and grandma Lowe.
Mark was born in Westminster, California in 1972. His artistic flair began to show at such a young age. What began with sketches in a flip book evolved into canvas painting with watercolor, acrylic, and oil. Not even skateboards could escape his paintbrush. He then discovered the art of tattooing and that is where he found his true self.
He enjoyed going to shows, being at the skatepark, and being with his friends and family.
Mark’s memory will be forever cherished by his mother Pauline Lowe, sister Monique Santos, brother Philip Gonzales, Aunt Paulette Ordonze; nephews Jessie Gonzales, Milo Gonzales, and Ethan Santos; special friend Tommy Fain; and his loving dog Jessco.
A memorial service will be held for Mark at 7:00pm this Friday, March 18, 2022 at Knights of Pythias 5341 East Princess Anne Road, Norfolk, Virginia 23502.

Pauline. My heart goes out to you. I’m so sorry for yiu loss. Hugs and prayers for you and your family .

There are no right words to erase the pain you feel. Pauline, please know that I am thinking of you and your family.

Mark was such a great guy. Sharing my sincerest condolences and prayers for comfort during this difficult time.

My heart breaks for you, May you find comfort in knowing so many extend their love and concerns for you and your family.

Pauline you are in our thoughts and prayers at this time.

My condolences. Such a good person. Knew him since middle school. Always so kind and funny. Thoughts and prayers to his family and friends.

Rest in Paradise you will be missed

Sharon and Earl harrell, may you rest in peace special one.

Pauline and Family, Sending Prayers For Peace and Comfort For The Loss Of Mark ….. Love Harry, Kay and Susan

In loving memory. Rest in peace