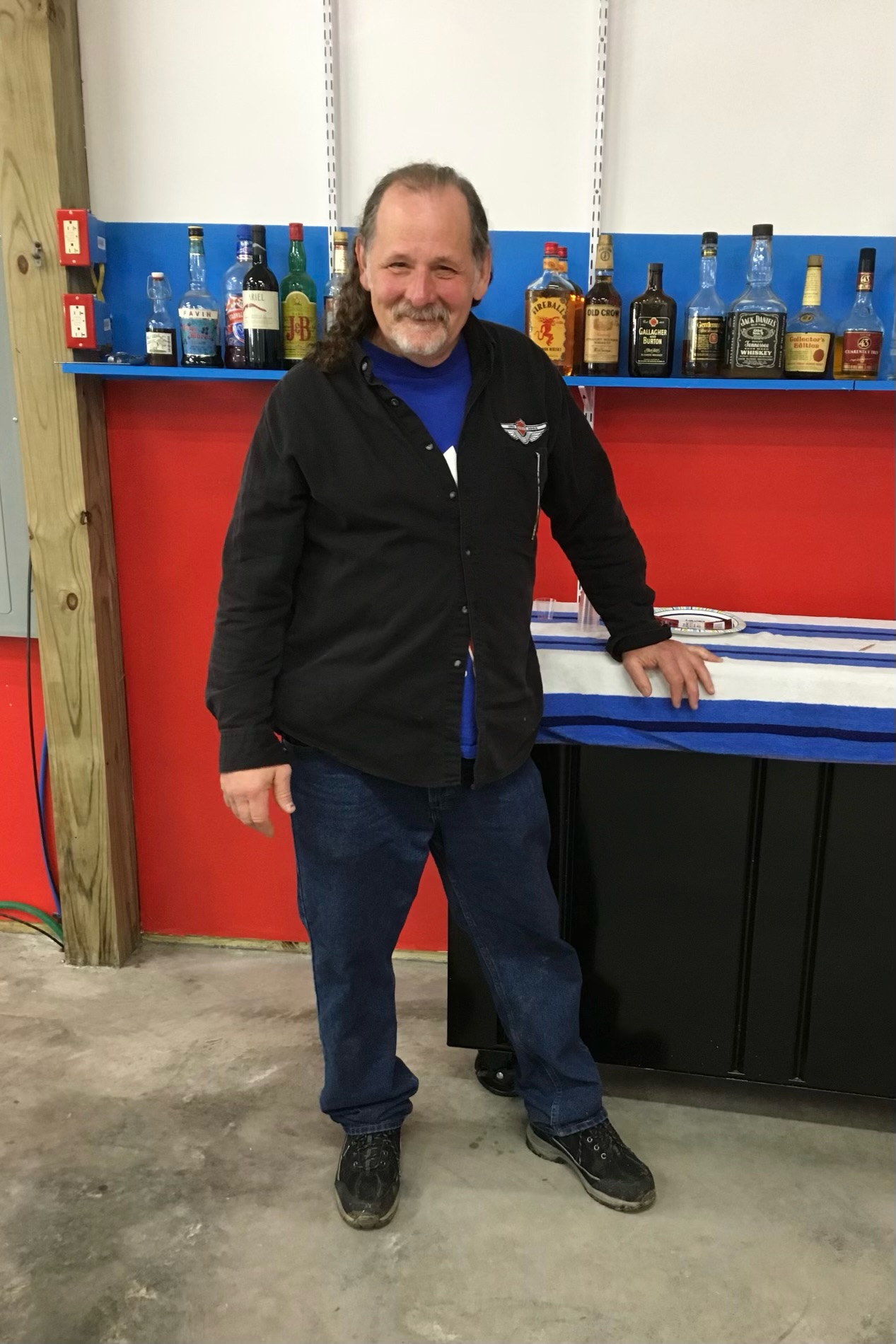 Mark Merkle, age 70, passed away on September 18, 2022 in the comfort of his Virginia Beach home with his daughter, Heather Merkle, and beloved dog, Maverick, by his side. Born on February 19, 1952 in Rochester NY, he was raised by his parents, Jean & Ed Merkle alongside his siblings Jeff, Dave, Annie, & Turtle. His high school years consisted of one of his biggest passions, football, where he played defensive end and fullback for Livingston High. After graduating Roger Williams University with a bachelors in accounting, he spent his younger years working various jobs from mechanical work to perfecting the art of making a traditional NY style pizza. He was a product of the hippie generation with every sense of the term as he traveled across country, living out of his van and making friends everywhere he went. He spent his glory days riding his Harleys with the best group of biker friends a man could ask for and drag racing his 1969 Montego, a car passed down to him by his father, Ed Merkle, as well as several other hotrods he  owned over the years. He was a diehard NY Giants fan, he partied hard and always knew how to have a good time. There was no one more stubborn and independent than Mark Merkle but with that, he was brutally honest and always told it like it was. He never complained about anything and he always lent a helping hand whenever the opportunity arose. He received his teaching license in NJ where he taught mechanics to high school students for a year but his true passion was working on cars. He retired as a mechanic and moved down to Summerton, South Carolina where he bought his dream house right on Lake Marion with his own personal dock, a boat, and a 1,500 square foot shop with a lift where he could continue working on his hotrods and motorcycles. He was there for 4 glorious years before moving to Virginia Beach to be closer to his daughter, Heather, and to receive the healthcare that added 2 more years to his life. He was taken away far too soon but in the words of Merkle, “shit happens”.

Mark Merkle’s death was preceded by his mother Jean Merkle, father Ed Merkle, and brother Dave Merkle. He was survived by his siblings Jeff, Annie, and Turtle, his daughter Heather Merkle, daughter-in-law Michelle Anderson, and his closest friends Harry Krystalla, Bob Cronen, John Edwards, Josh Schwartz, and Jess and Jason Brensinger. Merkle always lived life to the fullest and wanted nothing more than to party on and keep the good times rolling.

A celebration of life party will be held at Heather Merkle & Michelle Anderson’s home at:

on Saturday, October 1st at 4pm. Additional celebrations will be held in New Jersey and Florida with details pending; contact Heather Merkle for further details at 973-944-8832.

Heather you did a great job on your write up!!
Your Father was a very unique individual and it was my pleasure to call him friend. I enjoyed riding Harleys throughout NJ and upstate New York with your Father.
You as his daughter made a gracious sacrifice in taking care of him to the very end. I am sure he was thankful for your sacrifice on his behalf.
The only saving grace in your and his familie’s loss is the fact he is in a better place and not in pain!!!

That was a beautiful tribute to your dad
He loved you more then anything else in the world. You were his world
And we know with his heart and soul he well remain with you in spirit and he well be watching to make sure you live life to the fullest, as he did. Sending love and hugs to you and Michelle

Beautifully written. I’ll never forget the first time he saw you. He cried and I knew how much he loved you. I never really got to know him, but one thing I knew was that he loved you very much. And as long as you keep him in your heart, he lives.
I promise though, it does get easier even though you’ll always miss him.
I love you honey and my heart aches for you right now.

This was a beautiful and perfect tribute to a life well lived. I am so very sorry for your loss of your Dad, but happy that you have been able to spend this time c with him and grateful for the genle loving care you gave him. RIP, Mark. You will be missed.