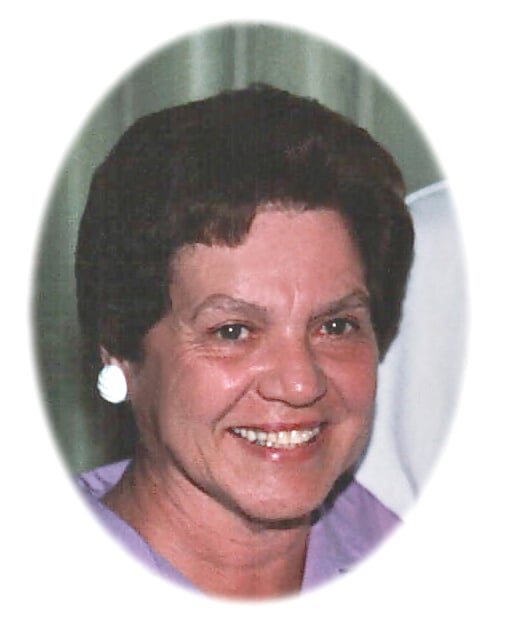 Born Marjorie (“Peggy”) Beatrice Kerr on August 26, 1928 in Norfolk, VA, to Charles Stevens Kerr and Marjorie Beatrice Powell. A graduate of Granby High School class of 1946, she married Elwood Davis on September 6, 1947. After accompanying Elwood to Charleston, SC where he attended The Citadel, they moved back to the Tidewater area where they lived the rest of their lives together until his passing in 1999. In 2009, Peggy relocated to Lawrenceville, GA, where she continued to reside near her children and grandchildren. Peggy is survived by her sister, Susan Hughes of Virginia Beach, William “Bill” Steele and his wife Kathy of Virginia Beach; three children: a son, Elwood (“Chris”) Davis Jr, and his wife Janet (“Leigh”), a daughter Melanie Davis Poole, and her husband, JC Poole, Jr, and a son, Paul Davis. Grandchildren include Stuart Poole and his wife Tracey, Alexis Davis Lombardi and her husband Brian Lombardi, Jonathan Poole and his wife Alea, and Andrew Davis. She was also blessed with 10 great grandchildren: Evan, Clare, Dean, Rose, Ariana, Layla, Scarlett, Logan, Brady, and Riley. Nieces and nephews include Billy Hughes, Susan Hughes, Marianne Hughes Boyd, Christine Hughes Brown, Jeff Steele, Lori Steele Connor, and Ginny Steele Kilmartin, as well as great nieces and nephews. A longtime Christian, Peggy was involved in several churches, including Knox Presbyterian Church in Norfolk, Eastminster Presbyterian Church in Virginia Beach, and First Baptist Church of Norfolk. Her many activities included Sunday School teacher of all ages, Vacation Bible School Director, Women’s Circle leader, nursery worker, and various other activities. She loved children, and could always be found working in a nursery wherever she went. Invoking the spirit of hospitality, she always had her home open to many on holidays, birthdays, church gatherings, and out of town guests. She always quoted her grandmother, “Mama Powell,” as saying when they had extra last minute company, “I will just throw another potato in the pot.” Other life activities included homeroom mother, PTA member, poll worker, babysitter to many children, and chauffer to many family and friends. Her passion for reading was always a part of her life from very young. She loved to garden, including planting flowers and having a vegetable garden, plus picking fresh produce from local farms and canning and freezing. She will be remembered for her ability to laugh heartily.
Funeral services will be held at Altmeyer Funeral Home at 5033 Rouse Drive, Virginia Beach, VA 23462, on Friday, August 12 @ 11am, and a visitation will be held at the funeral home one hour prior to the service at 10am.
In lieu of flowers, the family requests that donations be made to The Samaritan’s Purse: https://www.samaritanspurse.org/, or Samaritan’s Purse, PO Box 3000, Boone, NC 28607.

I remember Mrs.Davis as a very pretty woman. She was so nice to all the neighborhood children. We were lucky back in those days to have neighbors as second sets of parents. My thoughts are with Chris and all members of his family.

Mrs. Davis residing next to my Mom and Dad during my childhood was my “second mom”. She was truly a wonderful, kind and most gracious lady and woman of immense character. As we grew up she was always a source of safety and security. I was always in touch with her, her husband Elwood and her son Chris until I left home in 1968 for the US Army.
On leave I would visit with my “second family” at church or at their home in Norfolk, Virginia. Upon my return from Vietnam Chris and I stayed in touch still serving in the US Military at different locations in Maryland.
My fondest memory of Mrs. Davis was a neighborhood heart throb got stuck in the mud in the “lake” across the street from the Davis residence. I ran to her house to get help to pull Betty Jane from the muck. Mrs Davis responded at great neck speed in her her pull on bedroom shoes to save the damsel in distress and the day!
All in a days work for a very beautiful woman of grace. As I recall after 65 years mud was above her bedroom shoes!
She was truly a woman that always met and exceeded those set in Proverbs 31.
She will be sorely missed by her family and friends but never forgotten by those that loved her like she was one of “us” because she truly was, Rest In Peace and May God Bless You, you earned rewards!

Peggy was a beautiful lady. We were neighbors when our children were growing up. We work in the. Elizabeth River Garden Club together.
She was a great leader with all the other ladies. My prayers are with her family as I know this is a great loss to all of them.

I will always remember Peggy’s smile and her beautiful laugh. I used to visit her and Elwood with my grandmother Frances. She was always so inviting and you just felt so at home when you went to visit. Sending lots of prayers and hugs to her family. Peggy you will be greatly missed!!

My precious Grandma (and Grandpa Davis too) raised my brother Andrew and I as much as our parents did. We were blessed as children to spend every weekday from morning until evening in her loving care while our parents worked, and then quite often we would ask to have sleepovers there too, because she was just so fun. She made sure I had breakfast before she walked me to preschool and kindergarten, and made me lunch after she walked me home. When I was older and the bus dropped me back at her house after school, she greeted me with a hug and snacks. She played with me; she taught me. She took care of me when I was sick. She was generous and compassionate and warm and kind and funny and smart and understanding and loving, so very, very loving!! She was the best hugger on the planet! She is so dear to me. I love her forever.

Aunt Peggy led me to Christ in Vacation Bible School when I was seven. I will always love her for that. She was also a wonderful friend and faux mother to me. Her laughter will be sorely missed.