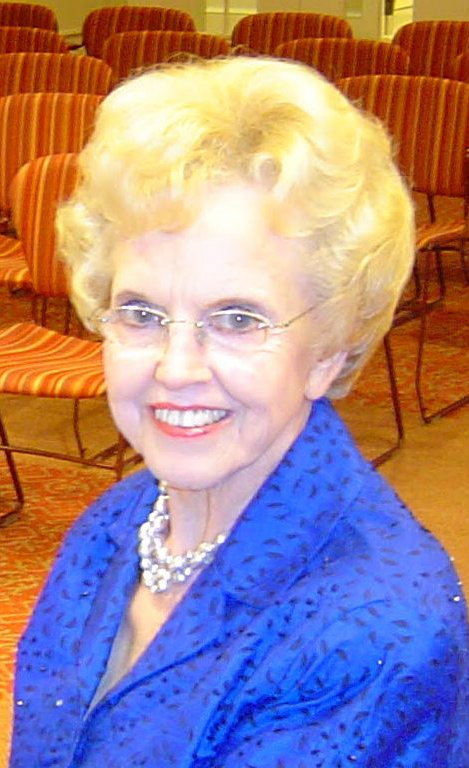 Marcia Marie Koller passed away in Newport News at the age of 87, February 16,2017. The daughter of Nels and Frances Lange, she was born in Minneapolis, Minnesota July 19, 1929. She had an extraordinary talent in music and received a BA in Fine Arts from the University of Minnesota. She pursued a career as an organist and performed in churches all over the world while traveling with her husband, a US Naval Officer. After retiring to Newport News, she became a music instructor at The College of William and Mary, where she shared her love of music with her many students. She was the church organist for 30 years at Williamsburg United Methodist Church, where she and her husband were instrumental in acquiring and installing the new church organ.
She was preceded in death by her first husband, Bertil Reinhold Koller (LCDR USN) and was blessed to find love again at age 80, and was preceded in death by her second husband, James Scarboro Bowman, Jr. She is survived by her son, Kent B. Koller and his wife Deborah of Chesterfield, Va; her daughter, Claudia K. McNab and her husband James of Charleston, SC; a sister, Margaret Beardslee of Seattle, WA; a brother, James Lange of Roseville, CA; four grandchildren, Scott B. Koller and his wife Jessica, Robert K. Koller, Katherine S. McNab and Andrew B. McNab; and two great-grandchildren, Madison and Matthew.
Funeral Services will be held at 1 pm March 4, 2017 at The Warwick Forest Community Room, 1004 Old Denbigh Boulevard, Newport News, VA 23602, followed by a reception.

Marcia was very special to my parents while she was the organist at Williamsburg United Methodist. My father, Jimmy Brown was the minister at the time, and I remember my mother, Mildred walking forward during every postlude to stand and give her full attention (and adoration) to Marcia’s exceptional music. Marcia will be remembered with fondness.