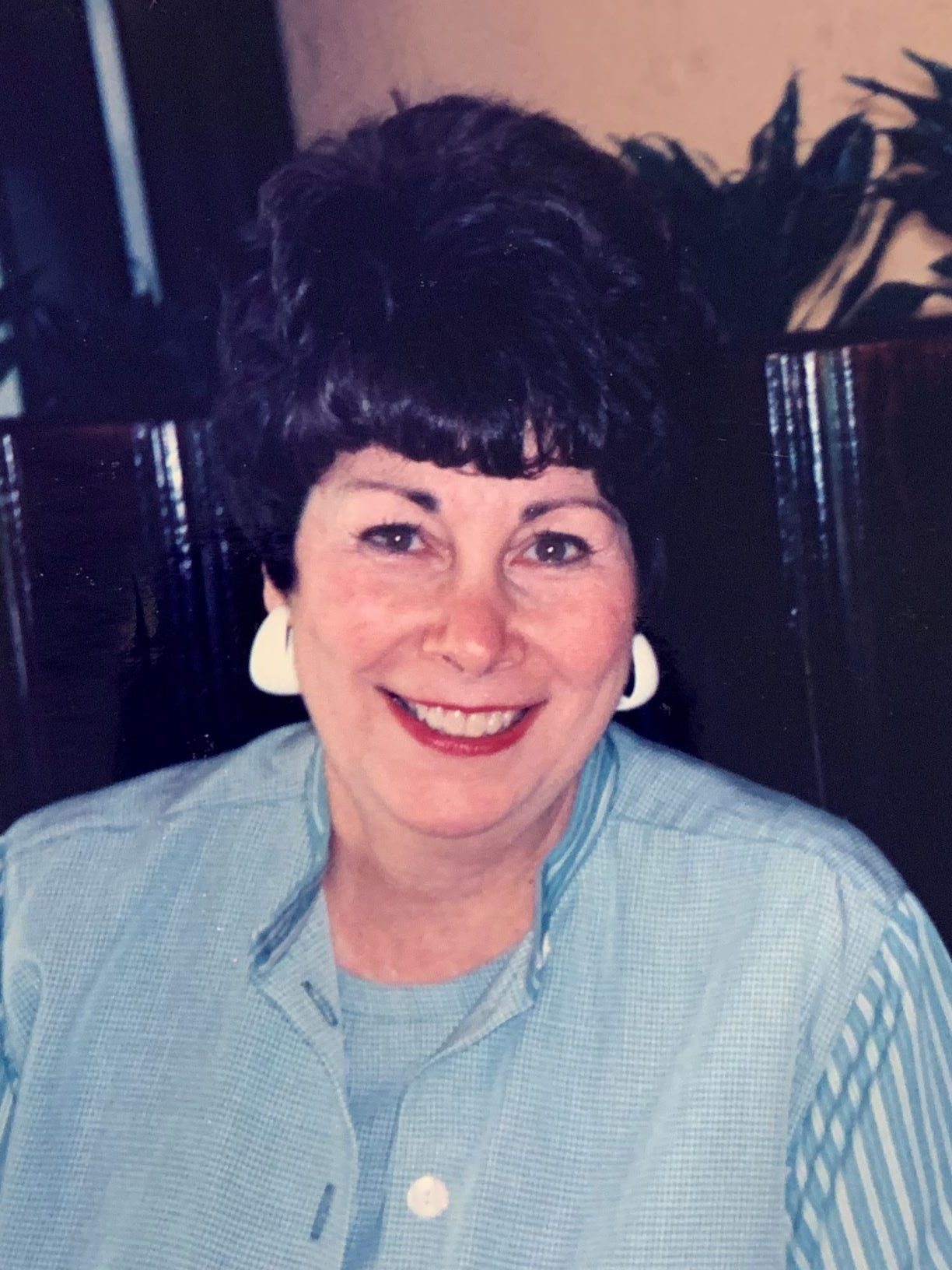 Marcia Ann (Mutschler) Coomer, 84, artist, educator, and beloved by all who knew her, passed peacefully on February 5, 2022, surrounded by her loving family.
Born, August 2, 1937, and raised in Nappanee, Indiana to Carlyle and Mary Alice Mutschler. She excelled in music and art, winning a state high school competition in flute and attaining a bachelor’s degree in Art Education. She grew up surrounded by an extensive family network in this idyllic town and spending summers on Tippecanoe Lake.
Marcia attended Denison University and was a sister in the Tri Delta sorority. During her first week at Denison, she met her life partner, Roger William Coomer. They married immediately following graduation. This marked the beginning of a beautiful 43-year partnership until Roger died suddenly at the age of 64.  She taught art education in their early married years before welcoming their son, Roger and later their daughter, Catherine. She continued to develop her art skills by participating in painting groups as well as writing groups wherever she lived, including most recently with the artist, Barclay Sheaks in Williamsburg.
She developed an extensive network of lifelong friends, which she was particularly gifted in maintaining, despite 14 separate moves in her married life. After Rogers passing, her friendships were mutually supportive and joyful.  She traveled throughout the world with friends, who upheld one another through life’s trials.
Marcia was a generous supporter of the Arts her whole life, including her work as a docent at the Abby Aldrich Rockefeller Folk Art Museum and at the Muscarelle Museum. She supported the Williamsburg Symphonia and was a host at the Colonial Williamsburg Tucker House.
One of her particular gifts was helping other women recognize their inner beauty through fashion. While living in Williamsburg, she sold Doncaster clothing, and was known for helping others express the beauty they may not, at first, see in themselves.
She is survived by her son, Dr. Roger William Coomer, Jr., daughter-in-law, Dr. Theresa Ann Coomer (Huntsville, AL), and Daughter, Catherine Wright (Williamsburg, VA), Sister, Portia Musgrave and Brother-in-law, Dr. John Michael Musgrave (Indianapolis, IN), Brother-in-law, James Coomer and Sister-in-law Kathy Coomer (Williamsburg,VA) Grandchildren- Christopher Carlyle Coomer, Mary Catherine Coomer, David Lawrence Coomer, Garrett Whitman Wright, and Colin Alexander Wright.
A memorial service will be held on Saturday, March 19, 2022 at 11:oo Am at Bucktrout Funeral Home.