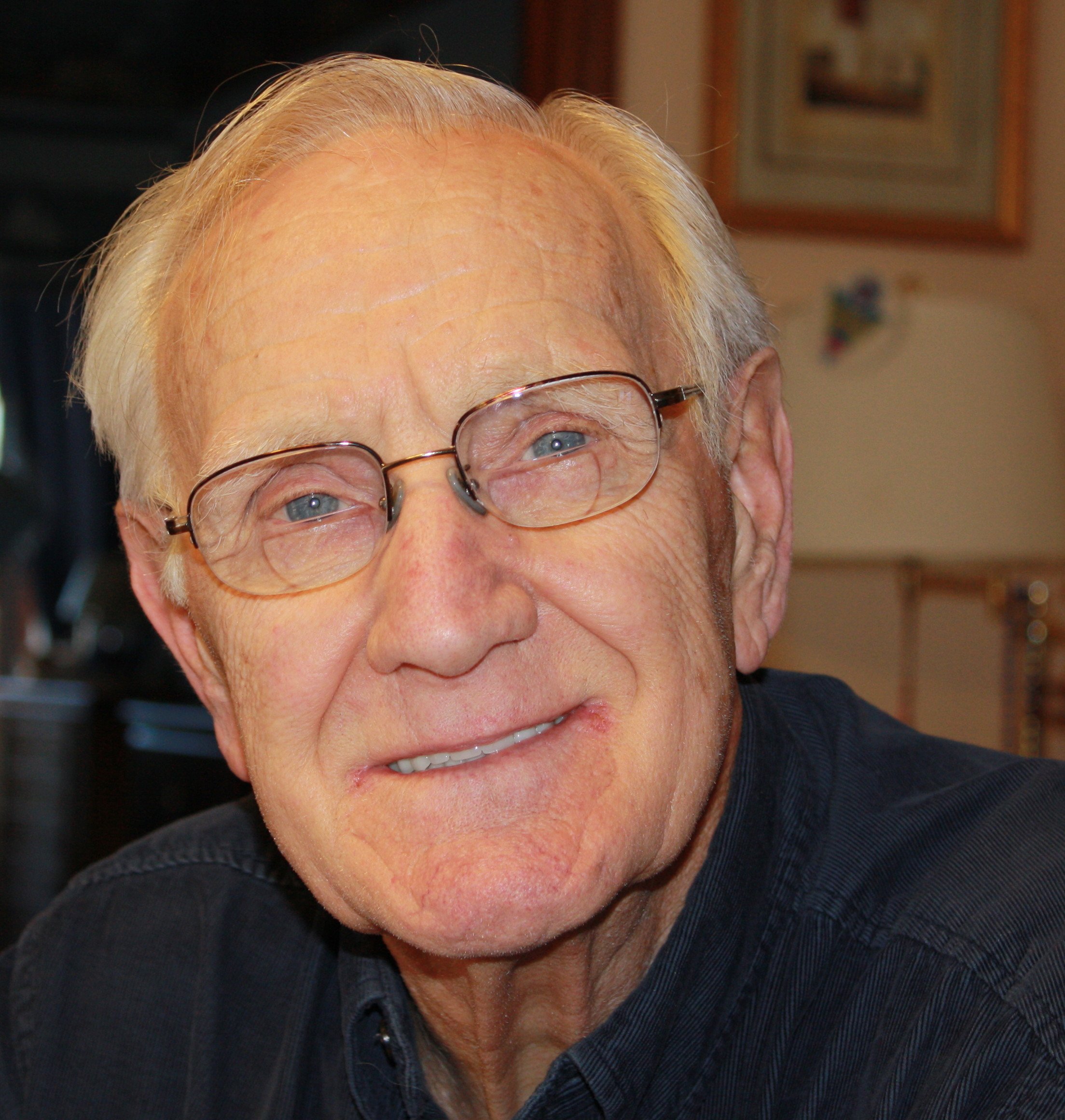 The last two years of his life didn’t do justice to this vibrant, generous man. Such is the relentlessness of dementia. He had two speeds. All ahead full, and stop. Dozens of military and civilian employment evaluations, awards, and letters of recommendation document his strong work ethic. He often explained “If you don’t have time to do it right the first time, you won’t have time to do it again”.

Norma Marise Tindell, a young British shop worker, met the handsome Sailor in Plymouth, England during a deployment port of call. They were married in 1951, welcomed daughters Phyllis and Karen in 1952 and 1954 and were married for 36 years until Norma’s death in 1988. Happily, he was introduced to and married Kathleen Kirk in 1996, and the blending of our two families enriched our lives. Theirs was another love story that lasted 21 years until her death in 2017.

After joining the Navy at 17, his service to country included stints on the USS: Columbus, Elokomin, Cadmus, Suribachi, and Monrovia. Along with a stint at Fleet Reserve in Boston, he served two tours at GITMO (including during the Cuban Missile Crisis!). His shipmates called him ‘Chips’. By the time he retired from the Navy in 1971, he had earned the rank of CWO2. His experience led him to a civilian career in ship repair, working as superintendent of shipyards overseas. Locations included Diego Garcia and Jubail, Saudi Arabia. He was at work in Bandar Abbas, Iran in 1979 when the American Embassy in Tehran was attacked and he had to be evacuated on a British ship.

In addition to his parents and beloved wives, Marcel was preceded in death by his daughter, Phyllis, and six of his seven brothers and sisters (Bella, Romeo, Henri, Jeanette, Estelle, and Edward).

I will miss my dear Uncle Marcel. Growing up in MA I didn’t see him often. However, I was blessed to see him more since moving to VA. He influenced my traveling & living in other countries. God bless & keep his soul.

May your memories of Marcel Delphis Legare, give you peace, comfort and strength…

Jeff and I are so sorry to hear of Marcel’s passing. We are so glad we had the pleasure of getting to know him. May your memories of him give you peace and comfort.❤️

Marcel was a man that was a true inspiration. His impeccable character, generosity, and love for his family and close friends was undeniable. So, Rest In Peace my dear friend, and forever know that you were, and continue to be Loved!

I had the privilege of knowing Marcel through his daughter Karen.
I had some special days of sharing walks with Karen & her Dad. He was so amazing with his physical ability! Believe me, he was not easy to keep up with when we went to the park! He was always upbeat and had the most beautiful smile.
Thank you for the memories Marcel. I feel very special to have known you.