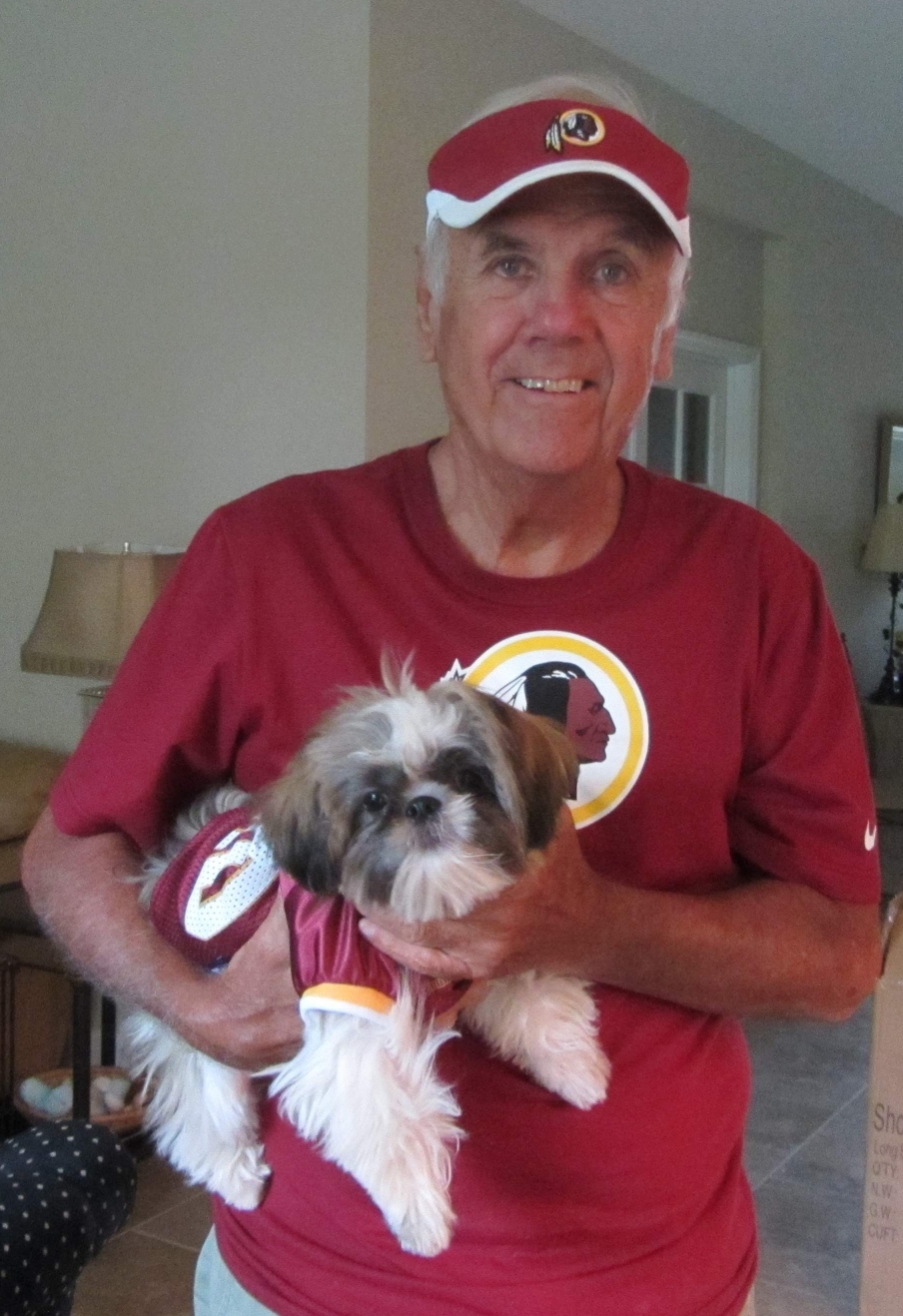 Luther Paul Forehand, Jr (83), passed away on January 11, 2022 in his home in Chesapeake, VA.  Paul was born on September 6, 1938 in South Norfolk and was a 1957 graduate of Oscar Smith High School.
Paul lived a full and happy life.  He loved his wife Elaine, his children, grandchildren, his many friends and his puppies.  His life was full of sports, from playing multiple sports in high school, coaching youth sports teams, many years of golf, to his love of the New York Yankees and the Washington Redskins.  In his later years, cornhole and fantasy football became a passion.  He loved family gatherings centered around his mother Leila’s famous fried Chesapeake Bay Blue Crab recipe.
Paul spent many happy years as an award winning salesman for Henry B. Gilpin, MEM company, Sports Display and Zoom Connect.  His career led to many amazing friendships, wonderful trips and included meeting Joe Namath.
Paul was predeceased by his parents Luther Paul, Sr. and Leila Forehand, and his brother James (Bubba) Thomas Forehand and left to cherish his memory are his wife Elaine Robertson Forehand; his children, Troy Forehand and wife Kris, Dina Carter and husband Chad, Alan Forehand; his grandchildren, Craig Forehand and wife Meri, Kate Fillenwarth and husband Jack, Ethan Carter, Max Carter, Luke Forehand, Charlotte Forehand: his daughter-in-law, Gina Pacheco-Forehand; special lifelong friends, Ginger Courtney, Wayne Henley; his many friends and his loving puppies Dexter and Allie.
The family will be scheduling a remembrance ceremony for family and friends in the spring.

Gumbo with the Grands

We have such wonderful memories of traveling with Paul and Elaine on Sports Display trips. Whether it was Hawaii, Ireland or Dauphin Island, we could always count on BIG BELLY LAUGHS from Paul. Thank you for sharing him with us. RIP Paul. Roll Tide.