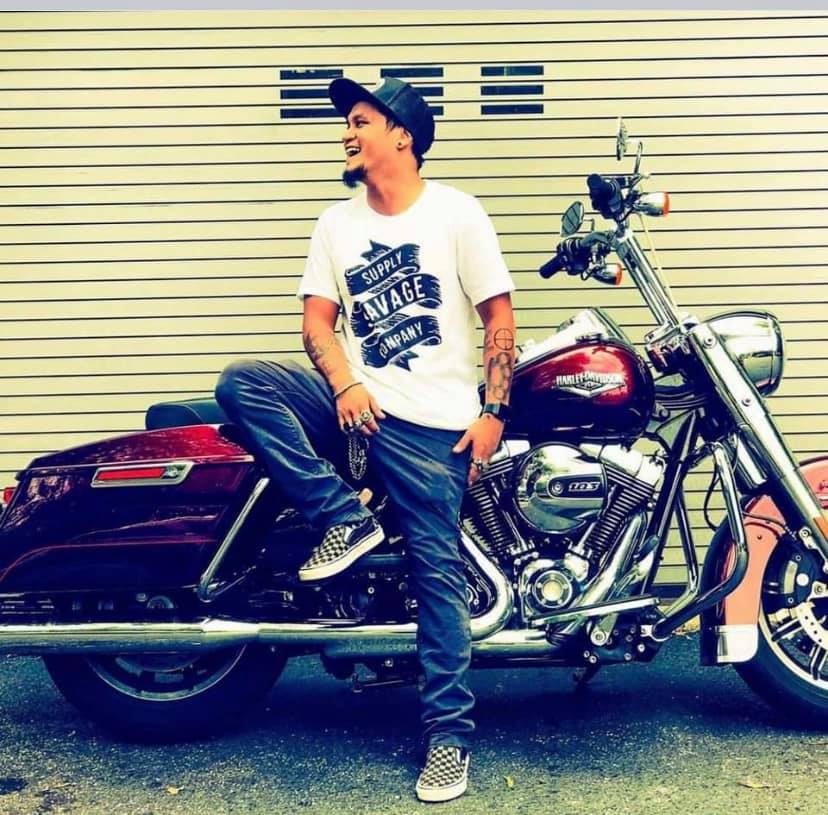 Lorenzo A. St. John, born February 6, 1996, passed away unexpectedly on November 3, 2020 in Virginia Beach, VA.
Lorenzo was born in Cebu City, Cebu, Philippines, where at 18 months old, he was adopted by Carl and Catherine St. John and became part of their forever home in Hudson, Ohio. Lorenzo went through Hudson City Schools for 13 years, during which time he cultivated a love for music by participating in the school band as a percussionist. He was self-taught on the piano and guitar and he frequently shared videos of his covers as well as original music on Facebook and YouTube.
After graduating from Hudson High School in 2014, Lorenzo joined the US Army, where he served for 4 years at Fort Story in Virginia. It was in Virginia that he found his chosen family. After leaving the Army, Lorenzo followed his passion for motorcycles and began working at Southside Harley Davidson in Virginia Beach and became a valued family member and president of the Evil Family, a social club that rides motorcycles all over Virginia and the surrounding area.
Lorenzo was known among his friends and family as a positive, shining light. He was generous beyond compare and took great joy in bringing joy to others. If he only had a dollar to his name, he would offer it to someone in greater need than him. He loved to be around children, and they loved him in return, making TikTok videos and protecting him from dolls (which he famously feared). Lorenzo was fiercely loyal to anyone he considered family. And to him, everyone was family.
Lorenzo is survived by his parents, Carl and Catherine St. John, his sister Allison St. John and her husband Eric Lucas, and paternal grandmother Mari St. John. He is also survived by his girlfriend, Katlyn Wesner and the Evil Family Social Club. Lorenzo will be greatly missed as well by many aunts, uncles, and cousins. He is preceded in death by grandparents Larry White, Ruth White, and Raymond St. John.
“Nobody said it was easy
It’s such a shame for us to part
Nobody said it was easy
No one ever said it would be this hard
Oh, take me back to the start” (The Scientist; Coldplay)
In lieu of flowers, donations can be made via Venmo (@ZoMemorial) or Zelle (cstjohn@wrsoc.com)  Express condolences to the family below.

Oh, no not Zo.
We remember an always in motion little boy with a great big smile.
Our love to his family of the boy that we knew and to his family as an adult that we never met.

Lorenzo touched the lives of many people. I appreciated that he smiled and was kind. His parents should be proud to see so many people show up for his memorial ride. Every person on the ride knew Lorenzo and cared for him. It was touching and is a lesson to all of us to be kind to one another.

May your memories of Lorenzo A. St. John, give you peace, comfort and strength…