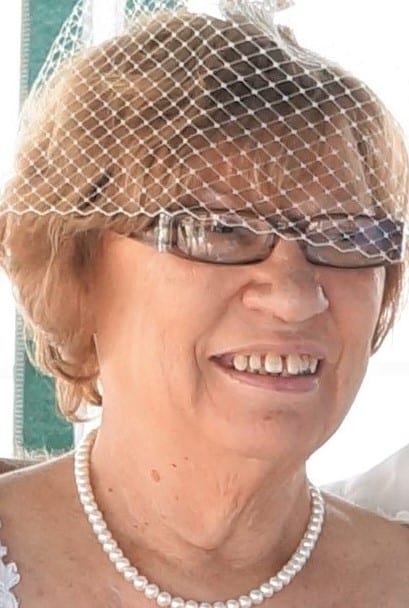 Linda Lunita (Sholar) Laster , 72, of Hampton, VA, after bravely battling multiple illnesses, passed away October 18, 2020, with her family by her side.
She was born to the late Charlie and Anna (Kersey) Sholar, April 16, 1948, in Newport News, VA. Linda attended Newport News High School until she was the legal age to marry. During the lean years she accepted an Assistant Manager position at 7-11, soon after John realized that Linda was the family matriarch that held their family together and insisted that she quit her job.
With some help from her best friend Linda Cooke’s mom (Mrs. Sizemore) she married her sweetheart John Laster in 1964, and they have lived together in Hampton for the past fifty-six years. Linda is survived by her baby sister Martha and her loving husband John, four children: Kathy Croy of Virginia Beach; Sheila Burslie, of Chesapeake; Sandra Jerue, of Norfolk; and John Michael Laster, of Hampton. She is also survived by twelve grandchildren (Brian, Matthew, Christopher, Brandon, Bradley, Brittney, Michael, William, Amanda, Conner, Kirstynn, and Tyler) and six great-grandchildren (Brandy, Brynn, Kaylynn, Lucas, Kaydence, and Cameron).
Linda was an avid NASCAR fan and until his death she rooted for the late Dale Earnhardt and then Jimmie Johnson. During football season you could always find her in front of the TV cheering for the Redskins. She enjoyed camping and going to the pottery, but her true passion was shopping at Walmart. She even bought a plaque for John that said “When I die bury me at Walmart so my wife will visit me.”
Linda will be sorely missed by all her friends and family alike. She may have taken her final checkered flag on this earth, but do not mourn her passing because she is in Heaven doing her victory lap.
Viewing will be held on Thursday, October 22, 2020 from 12:30-2:30 p.m. at the Altmeyer Funeral Home – Riverside. A graveside service will take place at 3 p.m. at Peninsula Memorial Park and a celebration of life ceremony will be held at Linda and John’s home in Hampton following the graveside service.

Daddy’s with you again 😢❤️

My sister and I during her rehab

Momma and Me being silly

Moma, I really miss you but now your not alone as Daddy is with you …. Please watch over us as we all go through this very difficult time as God has both of you now… Love each other up in Heaven and never forget that you both are in our Hearts , thoughts and memories ❤️❤️ Love from your Daughter, Sandra

For my Aunt Linda, you are greatly missed. Love you and know you are flying with the Angels.

Momma, I went to work today it was hard to do but, it help to keep my mind clear. I hope that your doing good and watching down on Daddy as he misses you so much… He needs you to let him know that its ok and that you will watch over him…Sheila said that he put some cough drops on your side of the table for you and that he kept going back to bed thinking you would be sitting there when he got back up So please momma talk to him and let him know that its ok and that you are ok that you are still with him in his heart and he in yours…. I worry about him and you going to be with God so soon has him so lost… I love you and miss you so much… I to wish that you didn’t leave us… You are forever in my heart my thoughts I wish I could just hear your voice calling my name again….