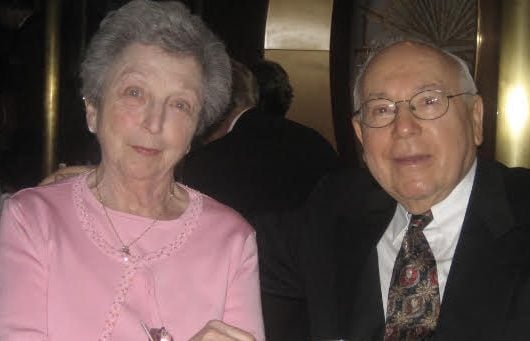 Lester Horwitz passed away Tuesday, August 30, 2022, at the age of 99. He was born April 11, 1923 in New York, the son of Sylvia and Saul Horwitz (of blessed memory). Lester earned his Ph.D. in Organic Chemistry from New York University and his J.D. from the University of Missouri.

In 1946, Lester married the love of his life, Barbara Goldstein Horwitz (of blessed memory). Together, they celebrated 72 years of love and commitment to each other and their family.

A very special thank you to Dr. Barbara Parks who gave Dad the very best care. Thank you also to his aide, David Moore, for his unwavering ability to listen to Dad’s stories.

Funeral arrangements are being handled by Altmeyer Funeral Home. There will be a graveside service at Princess Anne Memorial Gardens on Thursday, September 1 at 1:00 pm. Shiva will be held in Virginia Beach at the home of Abbey and Brenda Horwitz at 7:00 pm, Thursday and Sunday evening, and in New York at the home of Ethan Horwitz and Gloria Kindman from 6:30 to 9:00 pm on Tuesday, September 6.

In lieu of flowers, donations can be made to the United Jewish Federation of Tidewater (https://www.jewishva.org/) or to Dorot in NYC (http://dorotusa.org/). 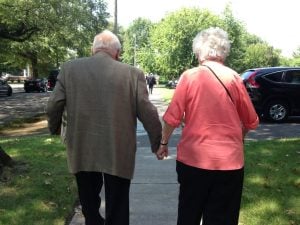 I’m so sorry for your loss. I worked for Lester at Ladas and Parry in the 1980’s where he headed the Patent Department. I will always remember him as a brilliant, kind and thoughtful person. It was an honor to have known him. May his memory be a blessing.
Jonathan Becker

Lester was such a warm, friendly and intelligent gentleman. When we called him to brighten his day, it brightened ours. It was an honor to call him our uncle. Our deepest condolences to Abbey and Brenda, Ethan and Gloria and families.

Abbey, Brenda, Shayna, Jonathan,
Your family gave your mom and dad a loving and safe place for them to live. So, they would not be frightened.in this stage of life. Know how big your hearts are. The pleasure that comes from giving to those that gave us so much
Harry Jackson

Dr. Lester Horwitz was a spectacular human being and a brilliant man. Lester was always very kind and friendly to everyone who met him and was a very humble person and treated everyone with respect. He accomplished a lot in his life and was well known and well respected. Even at the age of 99 Lester had a great memory and could explain to you things about several of the scientific inventions and discoveries. I have known Lester for over 33 years. I will always miss him.
Chacko Zachariah