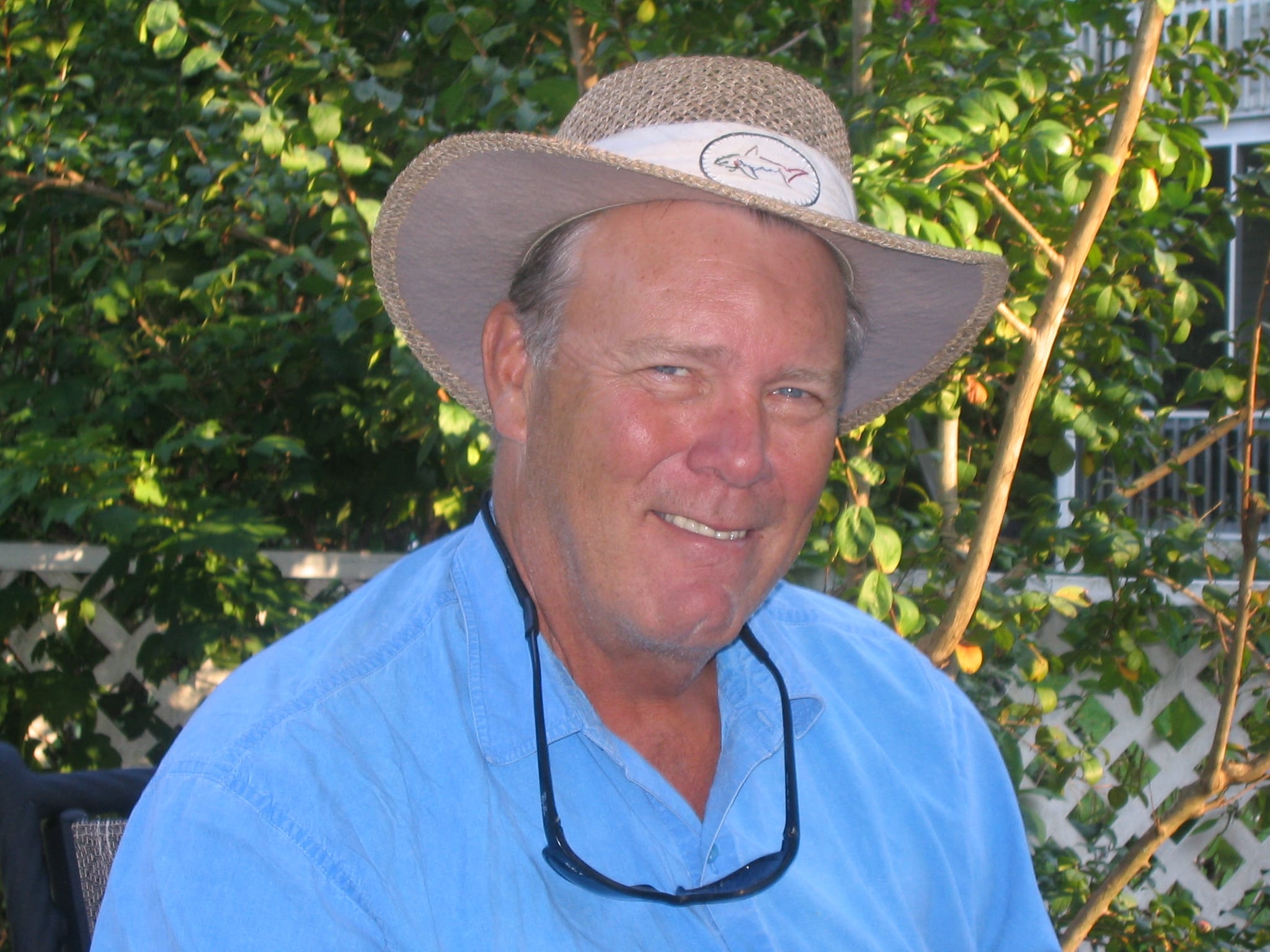 Leonard Walter Pierson (“Big Len”), 71, of Pungo, Virginia, passed away unexpectedly on October 28, 2015 at Sentara Virginia Beach General Hospital. He was born in Da Bronx, New York to the late Harold and Martha Pierson.
Len grew up in Bergenfield, NJ where he starred in baseball, football, and basketball.  Upon graduation from Bergenfield High School, Len was awarded a full academic scholarship to Upsala College where he continued to excel on the athletic fields and even tried his hand at fencing.  On September 10th of 1963, he met a blonde coed that would become his partner for the next 52 years.
The first in his family to graduate college, he became an accountant for Price Waterhouse & Co and earned his CPA certification.  From there it was on to Johnson & Johnson until he was offered the position of Treasurer for Volvo Midwest in Des Plaines, Illinois, where he worked for two and a half years.  Volvo then moved him to West Milford, New Jersey.  In 1976, Len was dispatched to Chesapeake, VA to take over as Treasurer of the Marine division, Volvo Penta.  Three years later, Volvo requested he return to Headquarters in New Jersey and needless to say, we did not leave the Beach.  In 1979, he purchased a local small accounting practice and the Accounting and Tax Clinic was born.   He spent the next 36 years doing what Len wanted to do: spending time with his family, hanging out by the pool listening to the oldies, playing golf, fishing, traveling, dropping trees on the pool house in Pungo and doing some accounting on the side.
Len was an avid golfer and thoroughly enjoyed knockin’ the small ball around with friends and family on the links (in the woods and the occasional lake).    Whether fishing from one of his boats or from a dock in Sunset Beach or Lake Anna, Uncle Flounder really knew how to real ‘em in.
Also known locally as Coach Pierson, he proudly coached teams in football, baseball and basketball for not only his children but hundreds of aspiring athletes.  He was always more concerned with teaching the fundamentals of each sport rather than winning at all cost.
Len is preceded in death by his parents and his brother, Richard, late of Paramus, NJ.  He is survived by his loving wife of 48 years, Reiny; his sister, Linda Pierson and sister-in-law, Judy Pierson, both of Paramus, NJ; sister-in-law, Deborah R. Breien, of Virginia Beach; son, Lars-Erik and wife Beverly of Chesapeake, VA and son, Kristofer of Elizabethtown, PA; daughter, Reiny Ebbink and husband Doug of Virginia Beach.  He leaves behind eight grandchildren whom he dearly loved: Jordan, Tyler, Lars, Sydney, Luke, Lauren, Paige, and Nicholas.  And one golden doodle named Brandy.
The visitation will take place at Altmeyer Funeral Home, 5792 Greenwich Road, Virginia Beach, VA on Thursday November 5, 2015, between 6:00 and 8:00 PM.  Friends are also invited to attend the memorial at Virginia Beach United Methodist Church, 212 19th Street, Virginia Beach, VA on Friday November 6, 2015, at 2:00 PM.  In lieu of flowers, donations can be made in his honor to the Prostate Cancer Foundation, American Cancer Society, American Heart Association, or American Lung Association. Please visit www.AltmeyerFH.com to leave condolence messages to the family.

Reiny, I am so very sorry for your and your family’s loss. From what I read in his obituary he was quite an exceptional gentleman and I know that a lot of people besides family and close friends will miss him terribly. My thoughts and prayers are with you.

Richie and I want to offer condolences. He was a good guy with a great sense of humor.

My condolences to Reiny & his sister, Linda & all his children & grandchildren, neices & nephews. God Bless. On behalf of Bergenfield High School Class of 62 you will be missed, Lenny. Many memories of growing up together from b/4 kindergarten to our 50th class reunion. RIP, Lenny, hi to Richie & Martha & Harold.