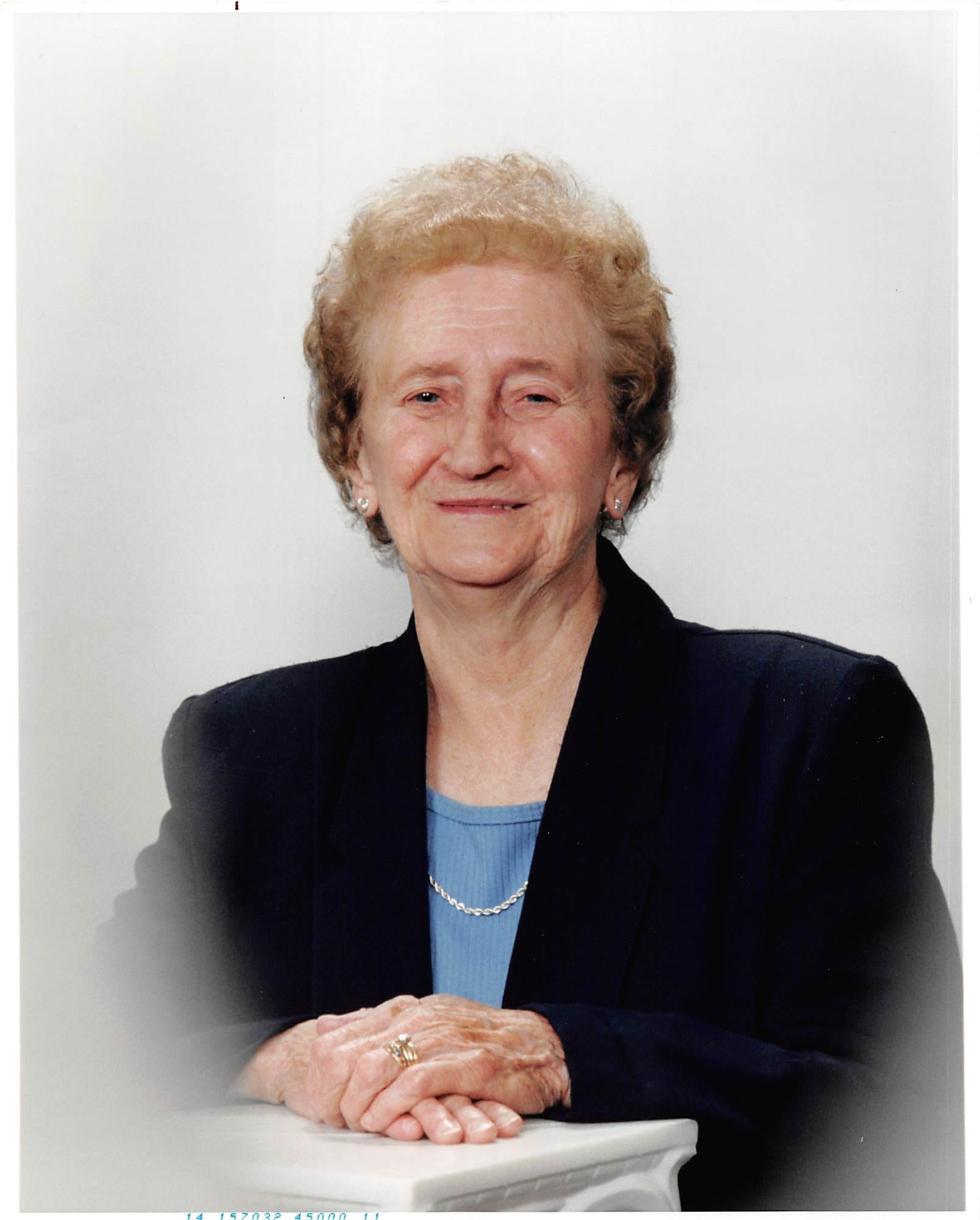 Leona M. Durand, 92, passed away on June 27, 2016. She was born in Henry County, Virginia on May 10, 1924 to Posey Lester and Annie Mae Tatum Barbour. She was preceded in death by her first husband Joseph Hartman Sanders and her second husband George Durand. She is survived by her daughter Brenda Sanders Sechrist (Craig) of Gloucester and two sons, Joseph H. Sanders (Vicky) of Newport News and Carl Sanders of Hampton, Virginia, eight grandchildren and several great-grandchildren.
Mrs. Durand was one of the original sewing ladies at Riverside Regional Medical Center. The sewing group made stuffed toys for thousands of children as well as holiday decorations for the Christmas trees that were in the main lobby and throughout the hospital. She was presented a Lifelong Citizenship Award on September 16, 2014 by McKinley L. Price, Mayor of Newport News, for being a volunteer at Riverside for 30 years and for being over the age of 90. Mrs. Durand was a member of the Asbury Wesleyan church for almost 70 years, the secretary of the Missionary Society for 20 years, and a member of the Board of Stewards. She also was a nursery worker and Sunday School Teacher for 30 years.
The family would like to thank the staff of Mennowood Retirement Community for taking care of our mother for the last 20 months. Special thanks to Robin, Silvia, Catherine, Lenora, Rebecca, and Street. Also, the family would like to thank Jane Everett, Gale Burns, Veronica Griffin, Beverly Motley and all of the nurses at Intrepid Hospice – they have been angels to our mom. A visitation will be held at Riverside-Altmeyer Funeral Home, 7415 River Rd. Newport News, VA on Wednesday, June 29 from 6 – 8pm. A private graveside service will be held at Parklawn-Wood Memorial Park in Hampton, Virginia.

Carl, and your entire family have my deepest sympathy in the passing of your beloved mom. She must have been a remarkable woman and one of God’s Chosen . Know you will miss her much, but she has blessed you with precious, precious memories. Rest in the peace that you will all be reunited one day. Blessings to your family.