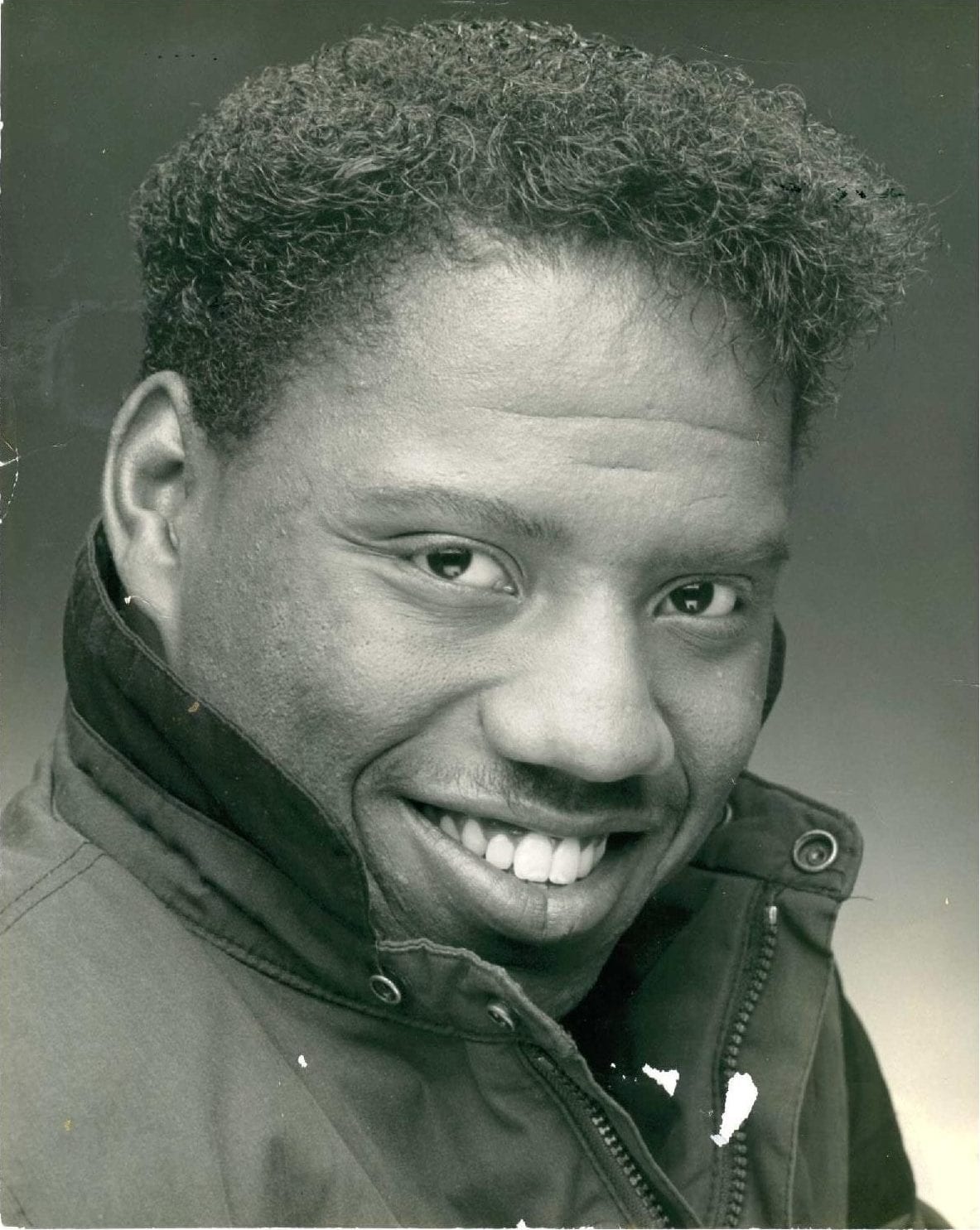 Leevon “Vern” Harrington’s precious soul crossed out of time into eternity on Saturday, September 19, 2020.  His life’s journey began on December 28, 1962 in Greensboro, North Carolina.  He was preceded in death by his grandmother Christine Harrington (Nanny); father, Robert Lee; uncle, Tommy Harrington.
Vern’s spiritual journey began in his youth at Gethsemane Baptist Church in Greensboro, North Carolina, where he was baptized and sang in the youth choir.  Vern was a very talented singer and performer, which took him all over the world.  At the age of twelve he joined the Carolina Dinner Theatre of Greensboro, North Carolina, where he performed in plays all over the city.   One of his most prestigious performances was in “Cole” a performance of the renowned Cole Porter.  This performance took him to Paris, France, and Romania where he sang and danced.  He then went on to become a singer and performer with the Royal Caribbean Cruise Line for over 15 years.
After moving to Newport News, Virginia, he joined Colossians Baptist Church on 3 April 2011 and sang in the CBC Sanctuary Choir for a short time before moving to Virginia Beach, Virginia.   Vern started working at Hardee’s as a Backline Cook, while living there he joined the Salvation Army Singing Quartet, singing all over Virginia.
Vern was a prankster and comedian that kept you laughing, his radiant smile lit up the room.   Vern’s favorite bible verse was Isaiah 54:17 “No weapon that is formed against thee shall prosper; and every tongue that shall rise against thee in judgment thou shalt condemn. This is the heritage of the servants of the LORD, and their righteousness is of me, saith the LORD.”
Vern treasured memories will always be etched in the hearts of his beloved mother, Betty Harrington; special aunt, Chorine Williams; uncle, David Blackmon; daughters, Charlotte, Christina, Cala and son, Casey.   Vern also leave many other family members and friends who will sadly miss him.
A memorial service will be held on Friday, October 2, 2020 beginning at 6:00PM at Altmeyer Funeral Home-Denbigh Chapel, 12893 Jefferson Ave., Newport News, VA.

I worked with Leevon many years ago in Cincinnati.I remember how he gave 100% in every performance and his wonderful sense of humor. Most of all I remember his kindness and I am saddened to hear that he has passed. I pray for comfort and peace for his family. God bless you.

In my younger years I worked with this inspiring man. He was a great person and very talented singer/entertainer. I remember the good he did in this world. God’s guidance never begins or ends with negativity. We should always remember to honor those who have passed because they now have God’s ear. I wish your family the support in their grief. Wishing you peace and love from well wishers and family. He and your family deserve nothing less at this time. Wishing you all healing and kindness. God speed my friend.

Leevon was a great friend to perform with at Carowinds. He will forever be etched in my mind as the “Pinball Wizard”. Love to you, Leevon.

I hope you once again find the spotlight and be happy.

I hadn’t seen my father in 15 years since our family separation. While I love him, he was always so angry and riddled with regret. I hope he finds eternal peace.

What happened to the part where he had 4 kids and a wife he treated like punching bags, making them leave and live in fear for a short while? Or where he turned out to be a fag?

To Sister Betty Harrington (Mom) & Sister Chorine (Aunt): Even Though I Didn’t Get The Chance Too Meet LeeVon, I Felt I Already Knew Him Through You Two. May The Sweet Memories You Hold of Your Beloved Son & Nephew Last You A Lifetime. May The Peace of God, Which Passes All Understanding, Guard Your Hearts & Minds In Christ Jesus. You Both Are In My Prayers ❤

LeeVon was a gentle soul. He contacted me about two weeks ago just to say hi. He will be missed.

To the family and friends of Mr. Harrington–I’m very sorry for your loss. Nothing like this kind of grief was ever intended for the human family, and God promises that he will one day erase from our hearts the pain it brings – [Revelation 21:4].