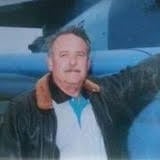 Gerry and I were classmates in the NROTC Unit at the University of Oklahoma. While we were not close as he was in the fraternity crowd and I was not, I remember him well. Fair Winds and Following Seas.

I’m tried posting a pix of commission day at ou with Gerry and the four other grads who would all fly for the navy. Here we the three OU amigos aboard USS Coontz DLG 9 in Hilo hawaii July 1965. We always had fun.

Gerry was a best friend throughout college at OU and during the summers with our midshipman training. Double trouble we were known as always on the alert for tom foolery! You will be missed my friend you will be missed.
tim stanley ou 68

Scott and family, a legend moves on leaving us all with unimaginable memories but with a huge hole in our hearts Your dad taught me so much, showed me the world, and provided me with more laughter and tales that would keep me rolling on the floor. He is so proud of you paying this last tribute via this EPIC Obituary. I know he loves it because it perfectly depicts the man he is and his accomplishments. I´ve lost my best friend but know he´s always here with all of us. Love, Paula

Fair winds and flowing seas to a bigger than life Puking Dog warrior that I was proud to serve with.

G-man was a cherished friend, ally and mentor.
Many adventures, even more laughs and lasting memories between the warrior clan. Fair winds and following seas shipmate

May your memories of LCDR Gerald Eugene Raynes, give you peace, comfort and strength…