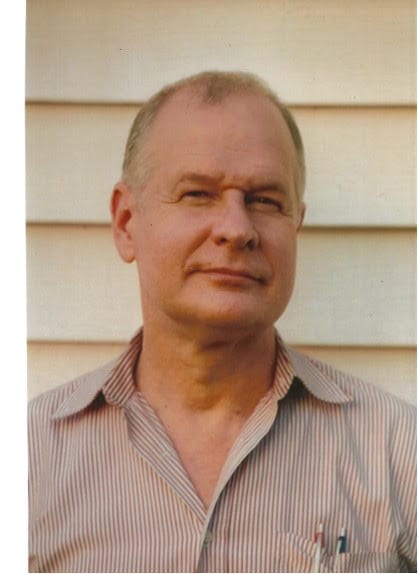 How as a daughter do I begin?
Larry William Bryant is my wonderful, gentle, kind, caring, and generous loving father.
Mr. Bryant, along with his twin brother Robert was born on February 26, 1938 in the town of Shenandoah in Page County Virginia. His father Nelson Bryant, moved the family from Page County to Newport News, Virginia when dad was a small child.
Dad passed away on Monday October 12, 2020. Dad was predeceased by his father Nelson Miles Bryant, his twin brother Robert Nelson Bryant, his mother, Bessie Florine Thomas Bryant, his ex-wife Fernande Bodson Bryant, his sister Joyce Louise Bryant Wise.
Mr. Bryant is survived by his daughter Gretchen Lavina Bryant Condon & son-in-law James Herbert Condon of Hampton, Virginia. Two adopted twin sons, Claude Armand Bryant of Kemah Texas, Serge Armand Bryant of Newport News, Virginia. Grandchildren, Zachary Bryant, Alexandra Bryant, and Chelsea Bryant of Cypress Texas. Stepdaughter Yvette M. Paletta of Wyoming and her daughter Katie Baker Knight of Savannah Georgia. Niece Mellonie Wise and nephew Billy Wise.
Mr. Bryant attended Stonewall Jackson Elementary School, Newport News and Warwick High Schools. Dad attended one year at the College of William and Mary in Williamsburg, Virginia.
Mr. Bryant had an interest in writing at a very young age. He began his writing career in 1958 as a Technical Writer working at the U.S. Continental Army Command at Ft Monroe, Virginia. In 1960 he was the Directorate of the TNG Lit at the U.S. Army Transportation School, Ft Eustis, Virginia.
While Mr. Bryant was a resident on the Peninsula, he had many letters published in the “Letter to the Editor” column of the Daily Press newspaper on many topics of interest.
On June 17th 1971, before my father left the Peninsula for Northern Virginia, he wrote a departing essay which was published in the “letter to the Editor” section of the Daily Press. He thanked the Editor for publishing his letters of 15 years, which touched upon every issue of the times- from teaching high-school psychology, the conduct of public officials, and the protection and extension of civil liberties, to the effect of crime on the average citizen and the socio-political aspects of “UFOlogy.”
Mr. Bryant had a long Civil Service Career. He retired from the Pentagon in Washington DC as a Writer/Editor for the Chief of Public Affairs at the ripe age of fifty-five, in June of 1994.
Mr. Bryant had a life interest in the research of UFO’s. Dad utilized his free time researching government records on this subject, and he interviewed many people along the way. Dad submitted countless written request through – The Freedom of Information Act to the Department of the Army, Navy and Air force for all records the government had on the subject of UFO’s. Mr. Bryant’s collection of government released documents was phenomenal. Dad also filed some “First Amendment lawsuits as the Director of the Washington D.C. office of “Citizen’s Against UFO Secrecy” (from his home in Alexandria, Virginia). He wrote UFO columns for several magazines. He also wrote countless articles about UFO’s and had many articles published by various news outlets of which few are mentioned here:
The Sun Magazine, The Alexandria Journal, The Army Pentagram News, US Magazine, Fate Magazine, Omni Magazine, UFO Magazine, UFO Universe, News Week, and Discover Magazine.
Mr. Bryant also wrote other “letters to the Editor” to top newspapers such as USA Today, the Washington Post. My father had been on numerous Radio talk shows, and The History Channel. He had been interviewed by Foreign Press.
Mr. Bryant had his own UFO Blog – ufoview.posterous.com and a column “LWB Chronicles” upon the website www.ufocity.com.
My father also wrote three books: “UFO Politics at the White House”, “Conjoined: The Story of Rex and Roxanne- the World’s First Androgynous Siamese Twins, a
Fictive Memoir”, and “Conjuring Gretchen, The Saga of Virginia’s Preacher-Hypnotist”.
My father’s UFO collection of books, and writings have been sent to Rice University in Houston Texas. The University has planned to open a new library called “Archives of the Impossible” this coming fall. The library will showcase his and other UFO researcher’s collections on this controversial topic.
My father fondly referred to his UFO collection as “His children”. He loved his books and his collection of UFO materials. Dad had many other interests that he often wrote about throughout his life.
I want the world to know how much I loved and will miss my father. Larry Bryant was my hero and the best dad I could have ever wanted. He would always say “keep your eyes peeled to the sky”. We did so many things together, dad and I. From playing softball, pool, frisbee, Putt-Putt, shopping, movies. We smiled and laughed together, and we cried together. Dad was a gentle man with a tender soul.
Dad, thank you for being you, and for loving me so much. I plan on meeting up with you again one day, and having you tell me that life does exist beyond our world. I hope you will be eternally safe and happy. We had the best of times together. You will forever be in my heart.
I would like to give a special thank you to Crystal Russ for her love and caring to my father through his illness. Crystal was an Angel to dad. He adored the tenderness and care that she provided. I would also like to thank Patrick Huyghe for his life-long friendship with dad.
Dad’s soul is in a great and safe place, free from Earth’s grasp. His ashes will be buried at the J.K. Bryant family Cemetery in Pittsylvania County Virginia.
Love always,
Your daughter Gretchen Lavina Bryant Condon. (Yahukie)

Gretchen–My condolences to you and your family on your father’s passing. You’ll miss him tremendously, I know. I thank you for being the wonderful caretaker to him that you were through his final months and days. Your dad was one of my oldest friends in the UFO field, as he was there in 1986 when I stumbled into a Fund for UFO Research meeting wondering how I could be of help. For years we’d see each other at far-flung locations across the U.S. as we attended one UFO conference or another. We had countless meetings and events in the Washington Metropolitan Area–your dad’s comments and, yes, antics always keeping us in stitches. Now he’s gone. Bon voyage, mon ami!

Gretchen– I’m sorry for your loss. I truly enjoyed your stories of your father’s UFO research. He was a wonderful man who raised a strong daughter. My prayers are with you and your family.
.

Thank you Gretchen .Your father was a great man, a legend in the UFO community and a loving father whose deepest commitment was to his family. We all grieve the loss of this iconic, serious UFO researcher who helped us in countless ways through his non stop hard work on the UFO topic. We lost a true luminary regarding the UFO topic and more. He was a brilliant man with exceptional mental abilities, talents and skill sets that allowed him to pursue the UFO topic in a relentless fashion, never allowing no for an answer. If the world had more folks like your extraordinary father, we would have achieved so much more by now on our planet regarding science, technology and more. Thank you for sharing your love of your caring, wonderful father with the world and letting us know of his passing. We all owe Larry W. Bryant a debt of gratitude for his insatiable curiosity for the topics we all love to research and attempt to learn more about. -Chant Hannah Talk Show Host of UFONN The UFO News Network Sunday https://www.youtube.com/channel/UCiDZpKs9chx0gqmVh8Fu3Eg/videos

Larry was a much-beloved member of the Fund for UFO Research (FUFOR) for many years. I, Susan, heard for so many years about Larry’s wanderings through the Pentagon and his gathering up of so many treasures he found which he would display on his famous “Larry’s Rack” of wonders. Visitors would come by to chat and see his latest finds. One time he actually found discarded UFO photos! Real paydirt! The Fund folks would sometimes shake their heads at Larry’s latest lawsuit aimed at a military paper, trying to force them to allow his ad to run; another ad beseeching UFO witnesses from the military to come forward and contact him. Larry was an excellent writer whose writing needed very little or no editing, and that’s saying a lot coming from Rob Swiatek, expert editor and long-term Secretary-Treasurer for FUFOR. He peppered all manner of publications and newspapers with his many letters to the editor, lobbying for the UFO cause. I remember fondly bantering with Larry at various UFO conferences and he would sometimes have daughter Gretchen in tow. Many were mesmerized by the fact that Larry produced such a beautiful daughter. Larry would occasionally grace me with his presence at my Virginia MUFON meetings and take the floor to discuss his most recent Citizens Against UFO Secrecy (CAUS) march on the White House. When Larry’s twin Robert suffered a stroke and began to decline, Larry visited him regularly and tried to help all he could, moving to the Virginia Beach area. You could see the empathy on his face with a bond that only twins can know. Rest easy Larry, explore the mysteries behind the veil and lead the way for the rest of us — a role you played in this life. RIP Larry W. Bryant, UFOlogist and warrior for the cause.

Gretchen,
I am so sorry to hear about your father’s passing. Your tribute is precious and heartwarming. Praying for God’s peace and comfort in the days ahead.

Gretchen, I am very sorry for your loss. I totally understand because my Daddy was my world. I loved the days at lunch when he called you or you called him
To check
On him
And how his day was going. It reminded me of my relationship with my Dad. I have great dreams of him almost every night. Love you…

Dear Sweet Gretchen my prayers are with you and your family. I am forever blessed by the way you spoke about and cared for your dad. He has now taken his rest. When the piano is played I will always think of him and always grateful for you.

Gretchen what a great man your father was! I loved his sense of humor, we had many great conversations & discussions. I treasure the time we were able to spend together. We will think of him every time we look up at the night sky & imagine if any of the twinkling stars could be visitors from another universe. Love you Larry W. ! Hugs and bunches of love to you Gretchen.

Larry was a pure gem and I thank you for including me in his life. The twinkle in his eye when he was talking about his favorite topics was the same when he looked at his beloved daughter Gretchen