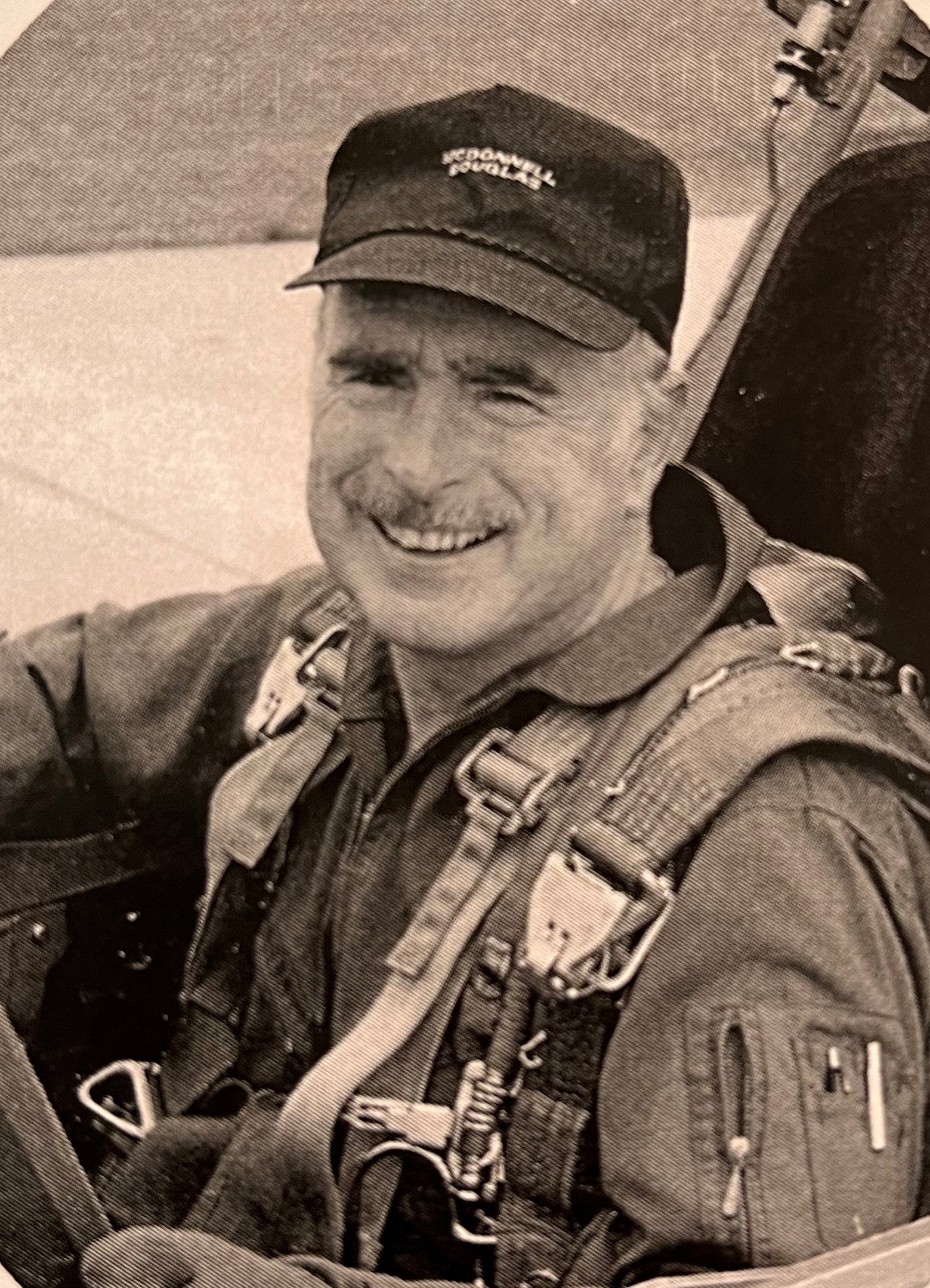 Praise God from whom all blessings flow. Dick earned his earthly wings years ago. He earned his divine Heavenly wings on February 23, 2022 when he went home to be with his Lord and Savior. Dick was born January 23, 1935 in Rochester, PA to Kenneth and Ruth Yenni. Dick attended Villanova University where he earned a Bachelor of Science degree in Civil Engineering and a commission into the U.S. Navy. Following graduation he married his high school sweetheart Elizabeth Embree of Monaca, PA. Together they headed to Pensacola, FL for flight training. Following flight training, they arrived in Norfolk where he performed tours of duty in the helicopter squadron on anti-submarine warfare missions. He joined NASA in 1962 as a Recovery Engineer in the space program. Shortly thereafter he accepted a position as an Aeronautical Research Pilot at the NASA Langley Research Center and attended the US Naval Test Pilot School. He made significant contributions to Aeronautical research programs, atmospheric science, and space flight. He was a recipient of many other awards during his distinguished 32 years at NASA and in 2011 he was inducted into the Virginia Aeronautical Historical Society Hall of Fame. Kenneth “Dick” Yenni’s test pilot and engineering skills in Aeronautic and Space research have made airline and general aviation operations significantly safer and provided important tools and techniques resulting in the United State’s successful moon landings. Dick is survived by his wife of 64 years, his son David, his son Richard (Sharon), grandchildren Megan and Hunter, and six great grandchildren. The family is extremely grateful for the compassion and care received from Westminster Canterbury Hospice Care. In lieu of flowers the family asks that donations be made to the Parkinson’s Foundation. A celebration of life will be held at Atlantic Shores 1200 Atlantic Shores Dr, Virginia Beach, VA 23454 beginning at 2:00pm Saturday April 2, 2022.

I knew Dick from NASA and as a fellow Christian. Dick was a great test pilot and as a safety professional he was a great aeronautical resource to me. One of my favorite safety stories involves a test pilot who declared an “in flight” emergency shortly after takeoff from Wallops Island demanding immediate clearance to land. Upon landing the pilot quickly exited the plane while a small garder snake was captured and removed from the cockpit. Several years ago I ran into Dick at store and told my granddaughter who was with me that Dick was one of NASA’s best test pilots. I also mentioned that he was the pilot from my snake story. Dick stopped, turned around, and said “And I still do not like snakes!” May the Lord be with you as you celabrate Dicks life and receipt of his Heavenly Wings. Harold Beazley

May your memories of Kenneth R. Yenni, give you peace, comfort and strength…