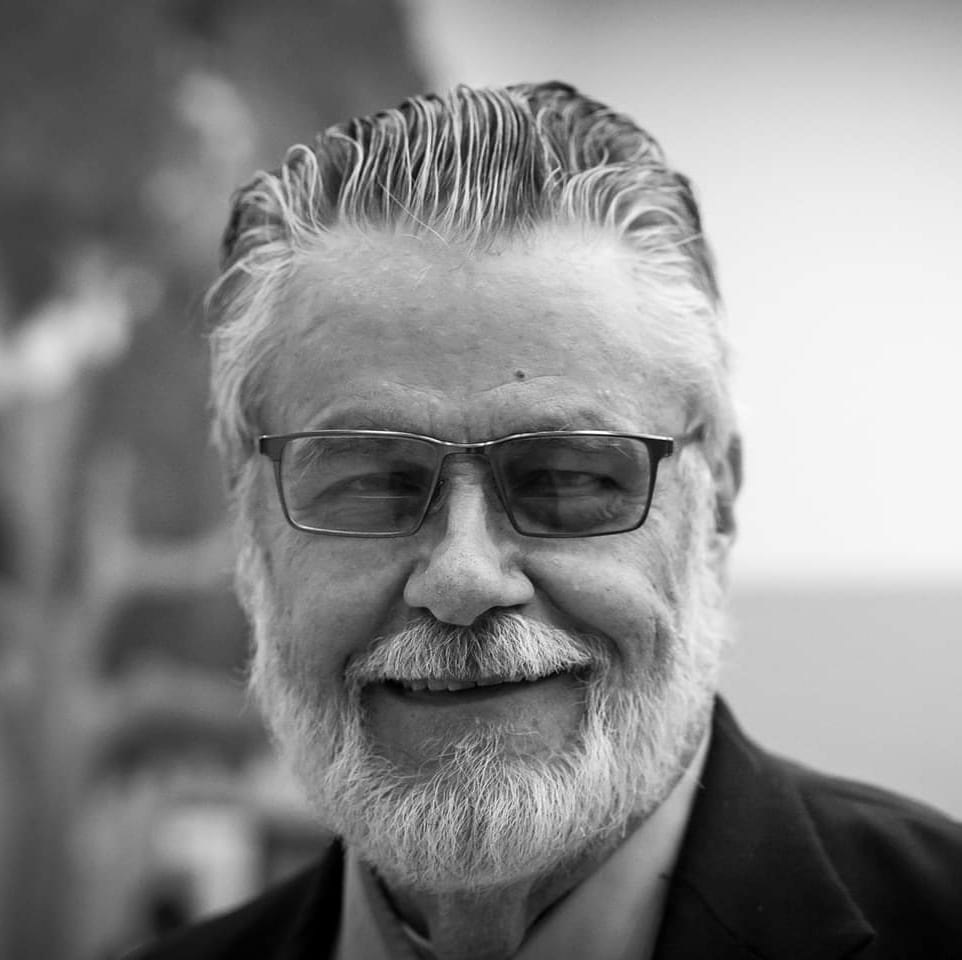 Kenneth Leon Jones, of Newport News, VA, passed away peacefully on October 20, 2020 at the age of 79. He was born September 6, 1941, to the late David and Adella Jones. He was also preceded in death by his wife, Donna Joanne Jones (2013) and his brother, Glen Jones.
He was a very talented musician, being involved in all aspects of music throughout his life including performance, education, directing, producing, writing and enjoying music.
Ken was a graduate of Indiana State University and the University of Tennessee. He worked for many years finally retiring as a music educator and minister. Working over the years at several churches-Plainfield Christian, Englewood Christian, Lebanon Christian, colleges-Kentucky Christian College, Johnson Bible College, and high schools—Speedway, Mooresville, Cascade. Ken was recently attending church at Olivet Christian Church.
He is survived by his sons: Chad Jones, and his wife, Jeanie Jones, Karl Jones and his wife, Theresa Jones; his daughter: Maria Jones; grandchildren:  Morgan Jones, Jade Stumbo, Kelsey Stumbo, and Cameron Crockett. As well as his beloved companion, Nancy Hayes; and dog, Abby.
A visitation will be held Sunday, October 25 from 4 PM to 7 PM at Altmeyer Funeral Home-Denbigh Chapel, 12893 Jefferson Ave, Newport News, VA 23608. A funeral service will take place on Monday, October 26 at 11:30AM, at Altmeyer Funeral Home-Denbigh Chapel, followed by interment at Peninsula Memorial Park in Newport News.

Ken you were a treasure to me, I’ll always remember our laughs and even tears when you lost your dear wife. You are so talented with music and I know Heaven is enjoying it now! I’ll always remember you and you are safe now in the arms of Jesus…you made it to heaven before me(I’m jealous). But God needs you now and me later..so I will say goodbye for now my dear Ken.

Ken, thank you for all your beautiful musical talent. You will always be in my heart. I know Steve welcomed you home as did so many others. Peace to your family.

Mr. Jones had a huge impact on my life as my high school choir director. He was more than a teacher of choir- he taught you about life. He touched so many lives and I’m proud I was one of those! When I saw this my heart was heavy and prayers go out to his family. Your father was quite a wonderful person.

Ken had a profound impact on me as a student in high school. He cared deeply about the students and the craft. He was an ultimate teacher and human being! He will be missed. Prayers to his family!

We want to express our sympathy to the entire Jones family. We have many fond memories of Ken and Donna at Kentucky Christian College. At one Christmas party for faculty and staff, Ken and Donna provided the musical entertainment. We always thought he was our Kenny Gee. Also, his performance of “Bring Him Home” was a great memory.
Kail and Rosalyn Ruffner

To Ken Jones’ family, I offer my deepest, sincerest condolences. The world needs more people like him, and it’s a much sadder planet without his presence. If you’ll permit, I’d like to share my thoughts and memories of him.

Shortly before Donna passed, I had an opportunity to speak with her over the phone for the first time in decades and tell her how much she meant to me. Last year, for the first time in about 45 years, I had the chance to visit Ken and take him to dinner while passing through Newport News. I said the same to him. As a high school senior at Mooresville in 1970-71, he & Donna were like parents to me in many ways. They offered kindness, guidance, and support. More importantly, they modeled the kind of person I wanted to become.

Often Ken & Donna welcomed me back to their home after I graduated, until they left the area and we lost contact. We were able to reconnect after many decades, and I recognized that they still remained the same – warm, caring and compassionate people.

During my visit, Ken and I reminisced about that year at MHS, and Ken remembered far more details than did I! He shared photos from that year, talked about his fond memories, and chatted about many of the people we had known.

Ken also talked about his life since he left Mooresville. He was manifestly proud of his children, proud of the work he had done with the church, proud of the music he produced, and proud of the legacy he would eventually leave. It’s not that he spoke of his pride. It was just patently evident from the gleam in his eyes as he talked about his life. His heartfelt appreciation for its experiences brought obvious joy to him. He was clearly grateful to the Lord for every opportunity he’d been granted.

He talked about the students he knew (many of whom still remained in contact), and the wonderful life and love he and Donna shared. He recounted when they met, and how others were “smiling and pointing fingers at us, saying what a perfect couple we’d make.” Those people were right. Obviously, he felt that his greatest legacy was his children, and he talked about his love for them during much of the evening. It’s impossible to recount everything he said (we talked for many hours), but he was unmistakably happy with how he’d lived, even while he was still overwhelmed with the loss of Donna.

As we finished the evening, I assured him that he was deserving of all the respect and success he’d achieved. He was a man who shared his love with everyone, and it’s clear that everyone loved him in return. That’s as good a measure of “success” as exists.

Kenneth Jones was, without question, the most significant teacher in my life. It’s evident he had many, many students who felt the same. He was not only a truly remarkable teacher, but a truly remarkable human being who lived up to the ideals in which he believed. He will be deeply missed, but his memory will survive in those who knew and cared about him. He was an incredibly rare person.

Mr. Jones was the most influential teacher of my high school years. He pushed me with encouragement to have confidence in myself and do things I never thought I was capable of doing. He definitely made my high school years more enjoyable for sure. Being in his high school choir made me a more confident, out going person. I will never forget him. I send my deepest condolences to his family.

Mr. Jones was the most influential teacher in my high school years. He gave me encouragement and guided me through finding the courage to believe in myself and do things I never thought I would do. Being in his choir made my high school years more enjoyable. I will never forget him. To his family I give my heartfelt condolences.

Mr. Jones was a kind, devote religious man whose love of music was shared with everyone he came in contact with. The world will be dimmer without his musical talent, but heaven will gain new life with his songs. You will be greatly missed. Our condolences to Karl, Chad, and Maria.

I thoroughly enjoyed teaching with Ken and working on some musicals with him at Mooresville High School. I will always reminder the way he punctuated great stories with a wonderful laugh.