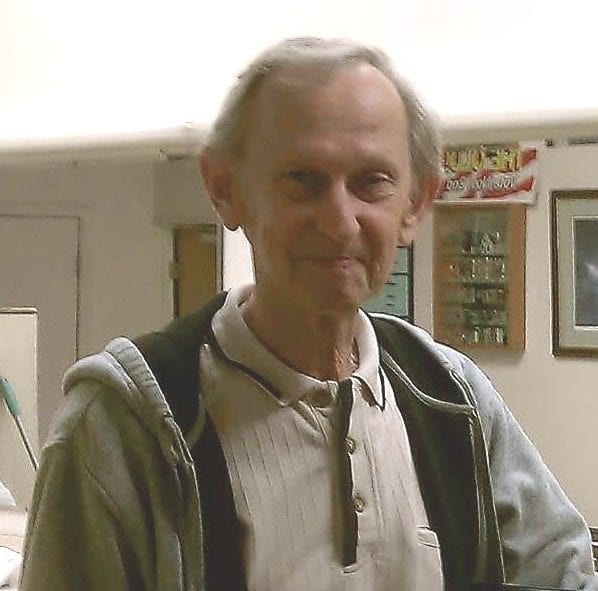 Kenneth “Kenny” Wright, 79, passed away on July 22, 2020 in Virginia Beach, Virginia.  He was born in September 1940 to Stanley David Wright and Mildred Hotaling Wright (Abbey) in Little Falls, New York.
Kenny joined the United States Navy in 1960.  He served aboard the USS Helena (1960-1962), the USS Charles S. Sperry (1965-1966), and loved traveling the world by sea.  Kenny fell in love with the barber trade while in the Navy.  Upon being honorably discharged from the Navy in 1966, he attended Granby Barber College in 1967.  Soon after, he started barbering at  Naval Station Norfolk.  From there he worked at Naval Air Station Oceana , and eventually Dam Neck Naval Base.
Kenny opened his own barber shop in 1991, “Kenny’s Barber Shop” in Virginia Beach, Virginia.  For almost 30 years he enjoyed telling fateful stories to the unsuspecting.  Kenny loved his customers and was a huge supporter of the military, police and rescue/EMT/firefighter communities.  He proudly adorned his barber shop walls with over 300 uniform patches given to him by his customers and friends, and displayed pictures of old airplanes, military jets, ships, and other memorabilia.  Kenny barbered pretty much up until the day he passed.
Kenny is survived by his daughters, Charlene of Chesapeake, and Kimberly of Virginia Beach; his grandchildren Christopher of Virginia Beach and Lyonesse of Virginia Beach.  He also leaves behind his twin sister Karen (Jerry deceased) of Suffolk, and his cousins Linda (Jerry) of Nevada and Marilyn (Barbi deceased), of Nevada; along with his nieces and nephews Tammy (Kerry), Rhonda (Terry deceased), Jerry (Elizabeth), and Julie (Keith).  Kenny is predeceased in life by his father, mother, and his brother, David.
A memorial service with military honors will be held on Saturday, August 29, 2020 at 10:30 AM at Altmeyer Funeral Homes and Crematory- Southside Chapel, in Virginia Beach.  At a later date, Kenny’s ashes will be buried in Rural Park Cemetery in Little Falls, New York where his father, mother and brother rest.
In lieu of flowers, please make a donation to support any military, police or rescue/EMT/Firefighting charity of your choice.  Letters of condolences can be mailed to the family at P.O. Box 61113, Virginia Beach, Virginia  23466.

I just learned of the passing of my Kenny. It makes me so sad. i thought about him many times since COVID started, praying that he would be safe and well. He and i agreed so much on worldly matters. So many stories about his family and his past. I will truly miss him. Just will never be the same going to any barbershop. God Bless you Kenny. Thankful I knew you my friend.

Kimberly and Charlene, I’m so sorry for your Dad’s passing. He seems to have had a life of adventure and inspired many people. From photos of you on FB, the smiles reflected the love and joy you share.

I was one of Kenny’s customers at the barber shop. He cut my hair, and he also cut the hair of the child I care for who has autism. We looked forward to seeing Kenny. He was a great barber and person to know. He will be missed. My thoughts and prayers go out to his entire family.

I apprenticed under Kenny at his barber shop for about a year from 2015 to 2016…he was my barber before this and was the reason I became a barber! ( though he tried to scare me off about it) Haha I was stubborn and then bugged him to take me in as an apprentice. He taught me so much. I am really sad to hear this. The Barber industry took a pretty heavy hit with the coronavirus and I just assumed that he was taking a break until he would open up again.
give me even more saddened by the fact that I will be out of town this weekend and won’t be able to make his memorial. I’m truly sorry I just found out today from a mutual friend of ours.

I’m sorry that I never got a chance to meet his daughters I’m terribly sorry for their loss. I knew him fairly well and I hope that he rests easy now.

Ken was a good & decent man who was there for me in my time of need. Over the many years we lost contact until this past February when we reconnected & I was able to let him know how important his influence in my life had been & that I had never forgotten his kindness, and what he had often told me to remember, “always be humble”.
Your dad was loved & will be missed by many.
My thoughts & prayers are with you Kimberly & Charlene during this time.

Sending thoughts and prayers to you and your family. Kenny was not only my barber, but a good friend. He truly honored the military and first responders. I hadn’t talked to him in a couple of months and wish I could have been there for him.

Kimberly, my deepest condolences. A father’s love is something extraordinary. Your bond with him was so special. My thoughts and prayers to you and your family.

Kimmie & Christopher, I am so sorry for your loss. I will keep you both & your family in my heart & prayers.

gonna really miss your one size fits all haircuts and our bull sessions, my condolences to your family. i’m really going to miss you.

May your memories of Kenneth Wright, give you peace, comfort and strength…