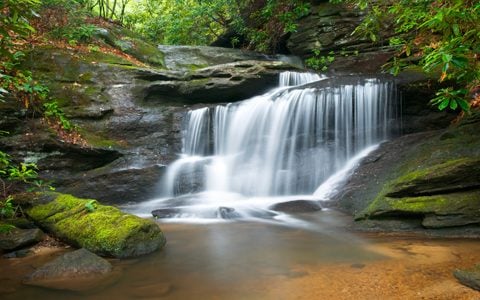 Kathryn Joan was Born 12/18/1935 Nova Scotia Canada, the poorest province in Canada. She was a proud stiff upper lipped English Canadian, fiercely proud and yet properly humble. The pride that lets you interact with anyone you meet as an equal, but the humility that allows you to meet everyone where they are.

She is preceded in death by her mother Lizzie Mae and her father Russell Owen. She is survived by her husband Michael, sons Michael (Cynthia) and David (Elizabeth), daughter Janet, and 4
grandchildren.

She grew up poor but not lacking. They worked hard and understood that you sometimes make your own breaks. Many times, her Dad would get up at 4 to go ice fishing to catch the morning
breakfast.

She went to Shelburne High School and played on the basketball team even though she was only 5 feet tall. She never let her limitations put limits on her ambitions. Her best friend was
Martha.

She married her sailor boy Michael on July 12, 1957 in Shelburne, Nova Scotia. They moved to Virginia where Mike was from, and she worked to help put him through law school at Lawyers
Title Insurance Company. He got a job as City Attorney of Portsmouth and they lived there for the next 16 years. During that time, she got her GED in the US and took art lessons. She painted many pictures during that time. She entered art shows and even had some of her paintings put on TV by the news media covering the shows. She was a member of the Daughters’ of the British Empire Portsmouth Chapter.

In 1976. the family moved to Northern Virginia. A stay-at-home mom until the boys were in high school. She went to work for a local bank. Her background in bookkeeping and tellering helped her land a job in 1978 on the election campaign for John Warner. He won the election to the US Senate. As a part of the campaign staff, she worked in compliance and was a part of the team that performed the filings for the Federal Election Commission and campaign finance reports. She was offered a job as one of the 2 political appointments allowed to go on permanent staff with Senator John Warner after the election. She worked on Capitol Hill for the next 8 years. One of her primary responsibilities was handling the Military Academy appointments. She routinely toured the academies and knew many Generals and Admirals that were involved in the academy education systems for all the service branches. She even got to “fly” a flight simulator at the Air Force Academy. She also got to meet John Warner’s wife at the time, Elizabeth Taylor, one of the A-list actresses of the day.

This once shy little girl from Nova Scotia now had the ear of Generals and Admirals and they were at her service. The military academies all wanted the best appointments from the state of
Virginia. Her most famous appointment was David Robinson to the US Naval Academy. As a professional basketball player his nickname was “the Admiral” because of his time in the Naval
Academy. Her “Academy Days” conference events were where the top brass from the US military academy establishment would come to meet with applicants to see who they may want to attend their institutions.

She loved her kids dearly and was a ferocious momma Bear. She was not a helicopter mom. She let her kids make their own decisions and if they messed up suffer the consequences of
their actions.
In 1986 she and Mike moved back “home” to Southeast Virginia. Mike got a job with the city and Kaye was able to transfer to Senator Warner’s field office in Norfolk, Virginia.

Kaye and Mike were active in the Elks and the lady’s affiliate, The Emblem Club. Kaye served as chapter president and later as district deputy. Giving impromptu speeches in front of large
groups and inspiring people to action were now a part of her personality. She retired in 1998 after 20 years with the US Senate. In 2008, she and Mike fulfilled a bucket list trip to Hawaii.

What we will remember about Kaye:
She loved her kids fiercely all of them Jan, Mike, and Dave.
She loved her husband and was his biggest fan.
She was not afraid to let you know where you stood, and if needed, remind you of your proper place.
She loved to dance. She could jitterbug all night long.
She loved to laugh and have a good time.
She loved to cook and eat.
She lit up a room and anyone that knew her before dementia never forgot her.
As we remember Kaye let us not forget the love Kaye had for all of us and share that love with each other in honor of her memory.

Will always remember Kay as a dedicated wife to Mike and to all in which she was involved. Enjoyed knowing her.

Although we only met Kaye a couple times, we have only heard great things about her. Our deepest condolences. May she rest in peace.

Sorry for your Loss Mike, God has gotten another sweet Angel, Kay will be missed .

Kaye was a lovely person and so much fun. We had some great times and lots of laughs together in our Red Hat group. You have my deepest condolences

I am so sorry to hear of Kaye’s passing. I enjoyed many good times with her in our Red Hat club. May she rest in peace.

My condolences and prayers to the family. God has another beautiful angel 😇