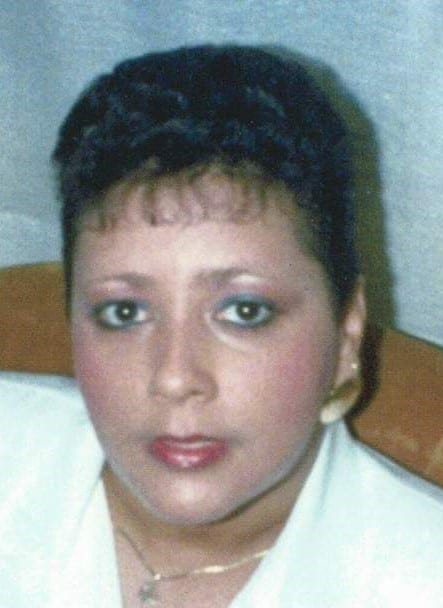 Judith Belinda Beverly-Webb was born in Harrisburg Pennsylvania December 21, 1951. God called her to her eternal rest on January 17, 2017.
She was educated within Harrisburg School system, and graduated from John Harris High class of 1970. Shortly after graduation, she met the love her life, Alfred L. Webb, and they were engaged two weeks later. They married February 13, 1971. From their union, they have six wonderful children; Cassandra Graham (Kenneth), Frederick Webb (Rachelle), Dr. Thomas A. Webb (Janice), Shawn Webb (Erica), Laneka Webb, & Cherise Jackson (Rafeal). They have 16 grandchildren and 2 great-grandchildren.
Judith worked as a certified nursing assistant in Virginia and in Hawaii. She also held several positions in the church, such as President of the women’s ministry at World Outreach Worship Center, as well as founder of W.A.T.C.H (Women’s Alliance Teaching Coping & Helping) at Life Line Full Gospel Church. In 2016, she published her first book entitled “Expressions of Love From the Mountaintop: Volume 1.”
She was preceded in death by her father, Deacon Edward Louis Beverly Sr; mother, Irene Lee Beverly; and brother, Reginald Brannan.
She leaves to cherish her memory, her husband, children, grandchildren, and sister, Cassandra Muse (David); brothers, Ronald Brannan (Martha), Edward L. Beverly Jr. (Theresa) and Terrence Beverly (Tawanda); and a host of nieces and nephews.
Family will receive friends for the viewing Friday, January 20, 2017, at Altmeyer Funeral Home, Denbigh Chapel, 12893 Jefferson Avenue, Newport News, Virginia, between the hours of 6 pm-8 pm. The home going celebration will be held at World Outreach Worship Center in Newport News, Virginia Saturday January 21, 2017 at 1:30 pm. Interment will be held at Peninsula Memorial Park following the service.
Online condolences may be shared with the family at altmeyerfuneralandcremation.com

My sincere condolences to the family. We grew up together in Harrisburg.Ed informed me of Judy’s passing at our 50th class reunion.

Al and Family, So sorry for your loss. Please know that you are being lifted up in prayer as you walk through this difficult time. May the Lord comfort you, strengthen you and give you His peace.

My deepest condolences to the family.. It’s never easy when we lose a loved one. Many people today believe that death is natural and part of our daily lives. However the bible tells us that death is an enemy mentioned at 1 Corinthians 15:26 ” And the last enemy, death, is to be brought to nothing.” What a difference from what we have heard, no one is ever ready or glad to have a loved one die, no matter how long they have lived. God’s word the bible tell us that he put ” eternity in our hearts” Ecclesiastes 3:11. That is why everyday we wake up and want to live. There is good news though !!! according to Jesus’ words found in John 5:28-29 there is going to be a resurrection. Again I am sorry for your loss, no doubt Mrs. Judith B. Webb was a wonderful person. May God’s words bring you comfort.

Judy will be greatly missed–such a beautiful person in every way, inside and out. Our deepest sympathy to the family. We love you and will be praying for God’s presence and comfort during this time. Peace be with you. Fay Gordon & Family

Sending condolences to the family….Rest in Peace, Judy

Al and family, I am so sorry to hear of your loss of Judi. She was such a beautiful, kind, thoughtful lady. She sent Jim a very inspiring poem when he was going through his cancer battle. It will always be very precious to us. Now she is dancing on those streets of gold with so many loved ones that have gone before – free from pain. Perhaps she & Ross can take down a wall together as they help make room for all of us to join them some day. Sending all of our love & prayers. Jim & Jeanne and Dudley family

Laneka, our thoughts and prayers are with you and your family. We pray you are comforted by the memories of your mom and in knowing she is with God.

Cassandra, please know that you are in my thoughts and prayers. Much love to you and your family during this time of bereavement.