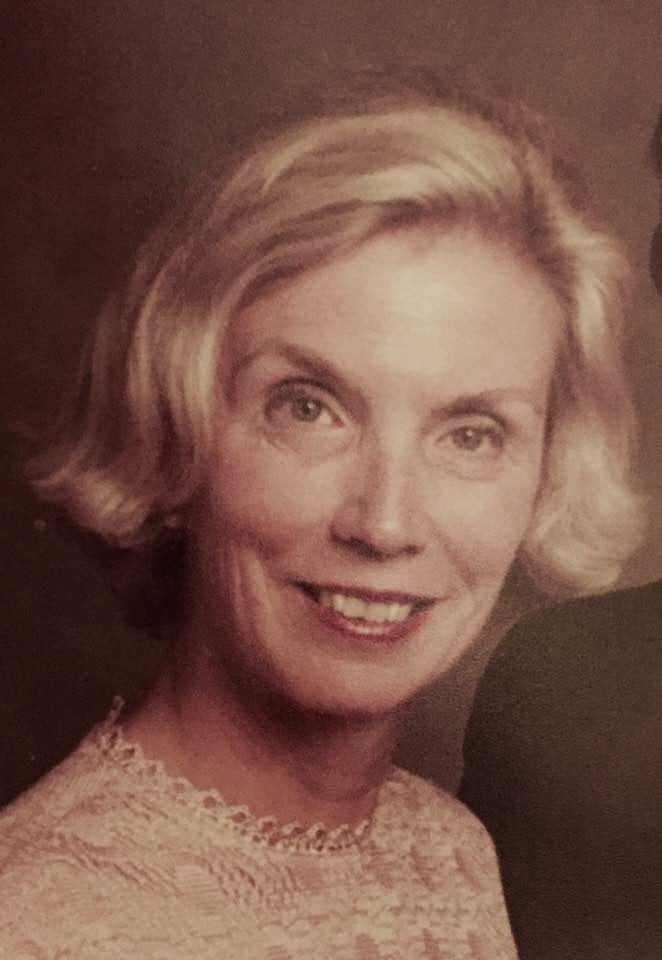 Joyce Schuyler Mc Cracken passed away peacefully on February 4, 2017.  Joyce was born on October 19, 1926 in Trinidad, Colorado to Charles and Lexina Schuyler and spent her childhood in Chicago, Illinois.  As a child she was an accomplished violinist and loved literature and was an avid reader.  After her marriage to George Edward Anderson, Jr. and the birth of her three sons, George, Richard, and Steven, the family moved to Devon, Pennsylvania, where she raised her family, accomplished a career as an admissions caseworker at Devereaux Foundation, and spent most of her adult life.  Joyce loved her “Devereaux Dollies”, her female coworkers at Devereaux Foundation.  Even after her retirement they continued to have their “Devereaux Dollies” dinners where they shared work, family, and friendships.
Joyce met Bill Mc Cracken, her late husband and the love of her life, at Washington Memorial Chapel in Valley Forge, Pennsylvania, where both were members of the church choir and shared their love of music.  Bill and Joyce spent 17 happy years together until his death in 1999.
In 1988 Bill and Joyce retired and moved to Chestertown, Maryland which was such a happy place for the couple in their home on Cedar Street.  Joyce and Bill belonged to the “Old Salts”, fellow members of the Chester River Country Club, a group of the closest of friends who shared fun times and deep friendships for many years, still dearest of friends even up to the time of her death.
Joyce was an avid reader, loved needlepoint, cooking, and she was an exquisite hostess and loved to entertain.  But her greatest love were her dogs.  She spent many years rescuing older dogs.  Her boxers and dachshunds were her pride, joy, and loves.  Willie her dachshund has a new home with Joyce’s oldest son George and his wife Bell, which gave her great comfort as her health declined.
She loved her church Emmanuel Episcopal Church and was an active member until her decline in health.  Joyce supported many causes, namely St. Bonaventure Indian Missions and School, the Public Broadcasting Service, and her local SPCA, where she volunteered in earlier years.
Joyce was a uniquely independent woman for her time and age, having a long career at Devereaux Foundation and living independently for 17 years after her husband Bill’s death.  She was a strong, stoic woman who never complained even in her illness.  Her favorite saying was “you don’t have to look very far to find someone you would not trade places with”, an adage she learned from her grandmother and passed down from her mother Lexina.
Joyce leaves behind 3 sons, George Edward Anderson III and his wife Bell of Strafford, PA, Richard Charles Anderson of Ogden, Utah, and Steven Schuyler Anderson and his wife Cindy of Chesapeake, VA.  She is survived by 5 grandchildren, Charles Schuyler Anderson, Erica Jean Jones, and Elizabeth Schuyler Paul, Katherine Hampton Robbins, and Benjamin Croft Anderson.  She is also survived by 7 great grandchildren, Neal and Michael Anderson, Harper Jones, and Avery, Judah, and Samuel Paul and Scarlett Anderson.  Joyce was predeceased by her parents Charles and Lexina Schuyler, her brother Charles Schuyler, and her husband William R. Mc Cracken.
Joyce was a loving daughter, sister, wife, mother, and aunt, and a wonderful friend.  She will be deeply missed by all who knew and loved her.
Funeral services for Joyce will be held at Emmanuel Episcopal Church in Chestertown, MD. with a reception following and Joyce’s ashes will be interred at Washington Memorial Chapel in Valley Forge, PA.  Dates are to be determined.
In lieu of flowers, please donate to your local SPCA or the American Lung Association in her honor.